Hosting the Olympic Games is a daunting challenge during any year. Add a global pandemic, and the logistics of welcoming the world’s athletes in while keeping the virus out become complicated fast. But China believes its aggressive stance against COVID-19 is up to the task. While the rest of the world is struggling to keep up with the virus, China’s strategy is to stay ahead of it. With its so-called “dynamic zero-COVID-19” policy, health officials try to contain any new cases by quickly testing, contact tracing, isolating and instituting lockdowns that block the spread of the virus.

China’s plan for crushing COVID-19 during the Beijing Olympics is just as draconian. If it works, the country’s approach could become a leading example of one way to learn to live with SARS-CoV-2: detecting new cases and extinguishing them as quickly as possible. If it doesn’t, this year’s Olympics could be a sobering lesson in the hubris of trying to keep up with a virus as adaptable as this one has proven to be.

China has used a “zero COVID” approach over the past two years with impressive results—even at the expense of greatly inconveniencing residents. A month before the Games were scheduled to start, government officials issued restrictions for the 14 million people living in the port city of Tianjin after a cluster of 20 cases erupted. In the immediate area where the infections occurred, people were confined to their homes, while in outlying areas, residents had to comply with restrictions like staying indoors (except for one person per household, who was allowed a food-shopping trip every other day) or having to remain in their neighborhoods. On Jan. 17, after an office worker in Beijing tested positive with the new Omicron variant, the entire building was abruptly locked down with employees still inside. Government officials lugged in bedding and food for the stranded workers, who will likely only be allowed to leave once they test negative after a designated period of time. The home of the office worker who tested positive was sealed off as well, and neighbors were tested.

While the measures seem extreme, they appear to work, at least according to the latest government COVID-19 tallies, which political and public health leaders have criticized for downplaying the actual impact of the pandemic. If accurate, China’s reported case numbers are “way, way, way lower than what we have in the U.S.,” says Jeremy Luban, a professor at the University of Massachusetts Medical School. Currently, China has reported just over 5,000 cases in the past month, compared with more than 15 million in the U.S. “The idea that we have taken in the U.S. is to flatten the curve so fewer people die. China’s concept is even before that: don’t get a curve.”

China’s graph of new infections over the past year is the complete opposite of that of the U.S. While average cases in China peaked in February 2020 at just under 70,000 per month and then steadily declined—with only a small blip due to Omicron—the U.S. case count was stable at a relatively low rate over the summer as more people became vaccinated, but has climbed steadily over the past few months because of Omicron, hitting a pandemic high in January 2022.

Read More: Asia Has Kept COVID-19 at Bay for 2 Years. Omicron Could Change That

Much of China’s success in quashing SARS-CoV-2 can be traced to strict travel restrictions into the country and rigid quarantine rules that require any visitors from overseas—who are already required to test negative before boarding their flights—to remain in an isolation hotel for 14 days to ensure they aren’t harboring an infection. This even applies to Chinese citizens returning home from abroad. Athletes, coaches, support staff and media arriving for the Olympics must be vaccinated to avoid such quarantines, but Chinese officials are hedging against any risk with an intensive testing and semi-isolation policy that will separate Olympics visitors from local residents. All Games travelers will be required to test negative 72 hours before they board their Beijing-bound flights and will be tested using deep nasal and throat swabs when they arrive at the airport. They will then be shuttled directly to their hotels, where they are supposed to remain until they receive word that their test was negative and that they may leave.

If they are negative, then athletes, coaches, media and other staff will remain in a pseudo bubble for their entire stay. They may only use dedicated transportation and dine in designated restaurants. Everyone will be tested daily and expected to isolate immediately if they test positive; no one can leave isolation until they test negative twice with 24 hours in between. These measures aren’t foolproof, however. It’s not clear, for instance, whether local volunteers and support staff for the Olympics—bus drivers, food service personnel, health care workers performing the testing—will also be required to remain within the bubble or whether they will be allowed to return to their homes each evening. “The bigger the bubble, the more opportunity you have for something to go wrong,” says Tara Kirk Sell, senior scholar at the Johns Hopkins Center for Health Security. “And it’s more difficult when you have something so transmissible like Omicron.”

There’s a lot at stake for Chinese officials, both politically and from a public-health perspective. Their management of the pandemic will inevitably be compared with the way the Japanese government handled the Summer Olympics just six months ago, during which 865 reported cases were associated with the Games. If major outbreaks occur during the Olympics, it will be very public proof that a zero-tolerance approach, even a dynamic one, is not the most effective way to control transmission.

Read More: An N95 Is the Best Mask for Omicron. Here’s Why

Even if China’s zero-COVID policy succeeds at keeping Olympics visitors safe, this approach has potentially dire downsides for the overall population in the long term, including a lower level of immunity to the virus. Once lockdowns are eventually lifted, people could still be vulnerable to infection and—more concerning—serious disease. While 87% of the Chinese population is vaccinated, this high rate may not confer as much protection as it suggests; recent studies show that one of the most commonly used Chinese-developed vaccines did not produce enough antibodies to neutralize the Omicron variant in lab studies.

As a result, some experts predict that reaching herd immunity—in which most of the population is protected, either by vaccination or by having been infected with COVID-19—will be much more elusive for China than for many other countries. Because Omicron tends to cause less severe disease in vaccinated people, some experts say it could help some populations in which it circulates widely to reach herd immunity more quickly, and—hopefully—with less disease and death than could be expected from previous variants. From that perspective, stamping out the virus wherever it flares up might provide a temporary (though costly and labor-intensive) solution, but not necessarily a long-term or durable one. In a recent report, the risk-assessment firm Eurasia Group, whose president writes a column for TIME, warned that “China’s policy will fail to contain infections, leading to larger outbreaks, requiring, in turn, more severe lockdowns.”

Omicron’s stunning ability to spread so quickly and efficiently will pose obstacles to China that no other Olympics host country has faced. With such a high level of transmission, even rigorous testing could miss cases that spark outbreaks. “Omicron is the ultimate challenge to any program based on zero cases,” says Michael Osterholm, director of the center for infectious-disease research and policy at the University of Minnesota. Studies show that Delta, which was circulating during the Tokyo Olympics last summer, is twice as contagious as previous variants—and Omicron is up to four times more infectious than Delta. While vaccines can protect against severe disease, they can’t fully prevent people from getting infected, as the growing number of breakthrough infections reveals. “I’m not sure we will ever get to the point of zero COVID-19,” says Jeremy Farrar, director of the Wellcome Trust, a global health research foundation. “I would suspect that SARS-CoV-2 is not going away; when it’s been in this number of people and beautifully adapted to humanity, why would it leave? The best hope is that it shifts over time, as more people develop immunity, to become the 21st century flu.”

Other countries that have adopted zero-COVID strategies, including Australia and New Zealand, were forced to abandon them over the summer and fall. The Delta variant crushed these nations’ efforts to stay on top of cases, and lockdowns became socially unbearable and detrimental to people’s mental health. In accepting that it may not be possible to eliminate SARS-CoV-2, Australian Prime Minister Scott Morrison said it was time to “come out of the cave.” His admission acknowledged that while vaccines provide protection, they can’t prevent people from getting infected, so cases are inevitable. The goal is to prevent people who become infected from getting seriously ill or needing hospitalization.

The U.S., whether by intention or inaction, never adopted the fortress mentality, instead relying on vaccinating as much of the population as quickly as possible and, more recently, encouraging more widespread testing so people who are positive can take the proper safety precautions and avoid public interactions. While cases have skyrocketed in the U.S. since Omicron emerged, some models predict that the combination of immunity from the shots and from natural infections will ultimately throw up a formidable enough wall to relegate significant damage from COVID-19 to outbreaks among the more vulnerable people, who are either unvaccinated or have weakened immune systems—at least that’s the hope.

“Countries are going to have to accept a period of high transmission in communities,” says Farrar. “And I think that is the path that China will ultimately have to go through.”

For now, China’s aggressive approach to COVID-19 may put it in a strong position to host the Olympics as safely as can be expected. But how the virus will ultimately perform there throughout the Games—and after them—will be the contest everyone watches most closely. 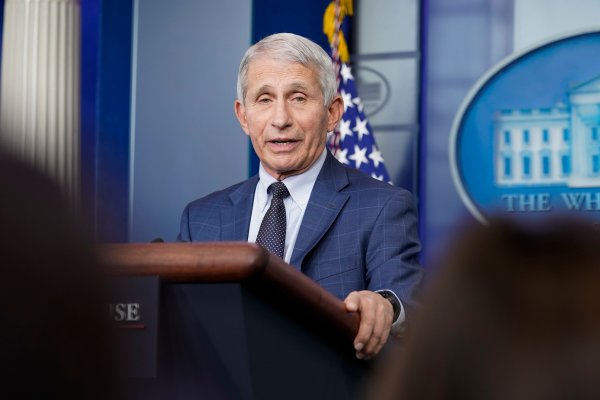