Fossil Fuel Companies Say They Want to Help Fight Climate Change. Here's What They Should Do

Ideas
By John Browne
Lord Browne of Madingley is the chairman of BeyondNetZero, a senior advisor to General Atlantic and the former CEO of BP.

The last year has been critical in the global fight against climate change. I attended COP26 and believe that the Glasgow Climate Pact, which enshrines the collective commitments that aim to limit global temperature increases to well below 2°C, could be a transformative step on the road to net zero. In 2022, we will learn more about what actions will be taken because of those commitments. One sector whose actions will be decisive, but was conspicuously absent from formal proceedings at COP26, is the fossil-fuel industry. I have been arguing for almost 30 years that fossil-fuel producers have to be part of the global effort to make the energy transition a reality, because they produce more than 80% of our energy today and will continue to produce the large majority for decades to come. Some of these companies have made climate commitments, set targets and developed plans to deliver on those targets. But there is much more to do.

First, companies need to be bolder in separating low- and zero-carbon activity from their fossil-fuels business. The former is rapidly growing, less capital intensive and valued at a premium by investors, whereas the business of hydrocarbons is capital intensive, unloved by the market and in decline. But if companies take steps to separate these very different types of activity into two corporate entities, investors can allocate their capital more efficiently and the true value of the low-carbon businesses embedded within large hydrocarbon producers will become clearer. Companies such as ENI took steps to do just this over the past year; I hope that 2022 will be the year in which the pace accelerates.

Second, it is time to face the reality that our energy system will continue to be powered by hydrocarbons for many years. This means taking steps to decarbonize the use of hydrocarbons by deploying carbon capture, storage and use technologies at scale, and by getting serious about the detection and monitoring of methane leaks, which have more than 80 times the global-warming potential of an equivalent amount of carbon dioxide. I believe oil and gas producers are well placed to adopt and deploy these technologies across their global operations, and it is time for them to do so because investors, consumers and regulators are demanding it.

Third, fossil-fuel companies should embrace the work of the Science-Based Target initiative, a partnership between the Carbon Disclosure Project, the United Nations Global Compact, the World Resources Institute and the World Wide Fund for Nature, which helps companies set emission-reduction targets in line with climate science and global agreements. Science-based targets are typically set sector by sector and take into account the pace at which a particular company can be expected to reduce its emissions. They are an independent way to track an organization’s progress toward net zero, and they are increasingly recognized as the gold standard in this area. By the end of 2022, all fossil-fuel companies should support the work of the Science-Based Target initiative as it seeks to develop net-zero pathways for hydrocarbon producers to follow. This will help the sector make real progress and enhance its credibility.

Read More: Countries and Corporations Are Getting Cold Feet About Mining the Seabed For Minerals Essential to the Green Energy Transformation

The clock is ticking in the global fight against climate change, and urgent action is needed. We should not lose sight of the overall objective of this work – we are in the pursuit of reducing emissions to allow the environment to heal and sustain itself. Ultimately, we are working to protect and preserve humanity whose very existence relies on the health of the planet. The proactive cooperation of fossil-fuel companies could be game-changing. A great deal can be achieved in 12 months, and the work should start in earnest.

Note: This is an opinion piece and does not necessarily reflect the views and opinions of BeyondNetZero, General Atlantic or its members. 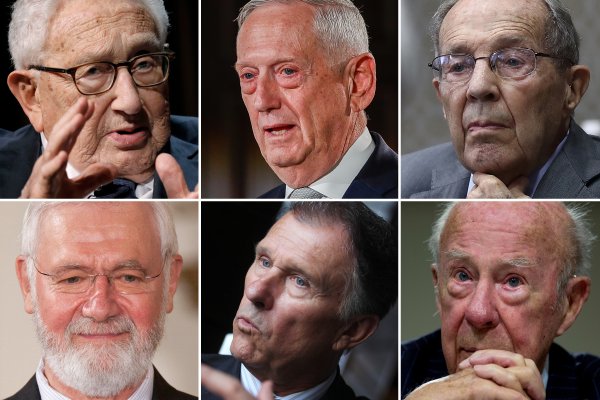 One Lesson From the Theranos Scandal: We Need Age Diversity on Corporate Boards
Next Up: Editor's Pick