'Now hiring' was plastered on signs and store windows across the U.S. in 2021, as businesses grappled with a tight labor market and high consumer demand.
Joe Raedle—Getty Images
By Emily Barone

The U.S. economy ended up in a weird place in 2021. Consumers were eager to spend money, but couldn’t get their purchases because supply chains were haywire. Wages rose as workers resigned. Prices, meanwhile, soared for everything from groceries to gas to rent and vehicles. And the global health crisis that triggered these trends is still in full force.

If you are feeling a bit of whiplash from all this, you’re not alone. Americans have mixed feelings about what’s going on. A Gallup economic poll in November found that 70% of U.S. adults believe the economy is getting worse—a rate not seen since April 2020, when the country was in shut-down mode. But at the same time, 74% say now is a good time to get a job—the highest rate recorded in the survey’s 20-year history.

It’s hard to say if things will start to feel more normal in 2022. The unusual combination of economic circumstances from the last year could persist for some time, experts say, but the timeline is uncertain because so much depends on the pandemic’s severity, monetary policies and human behavior—all of which play off each other.

Consider all the ingredients that were necessary to create the so-called “great resignation” of 2021. First was the fact that Americans weren’t cash-strapped thanks to federal programs such as relief checks and enhanced unemployment benefits from President Biden in 2021 and former President Trump in 2020. Even as those programs wound down, families with children received child tax credit payments on a monthly basis in the second half of the year. Those income sources, combined with the dampened consumer spending from early in the pandemic, triggered the personal savings rate to shoot up—giving Americans a financial cushion to sit on as they waited to rejoin the labor force. Americans experienced less material hardship during the pandemic than before the pandemic, according to one analysis from the Urban Institute, a left-leaning think tank.

“The intentions [of the pandemic policies] might have been good, but they also provided a bit of a disincentive and lack of a need to get back on the job,” says Joel Griffith, an economics research fellow at the Heritage Foundation, a conservative think tank. “So I think we’re still experiencing some of the lagging effects of that.”

Financial security aside, the decision to take a job—or stay in an existing one—became more complicated in 2021 as the pandemic continued to drag on. Some workers left customer-facing jobs due to the health risks. Others left industries like trucking that capitalize on poor working conditions. More recently, employees left jobs in defiance of vaccine mandates, as well.

This confluence of factors, both tangible and psychological, created an unusual scenario where people didn’t rush into available jobs. Currently, there are 6.9 million unemployed Americans, but there are 11 million job openings, according to the Bureau of Labor Statistics. A rising number of workers quit in the second half of 2021, hitting a record 4.4 million people, or 3% of workers, in September.

The upshot of the great resignation is that companies are bumping wages and benefits to lure and retain employees. Just ahead of the holiday shopping season, for instance, Macy’s announced that all workers would earn at least $15 an hour by May 2022, making the department store one of the latest national chains to boost pay, following the likes of Costco (which set a $17 base wage in October) and Starbucks ($15 by next summer). Amazon’s base wage has been $15 since 2018, but the company announced in September that its average starting pay would jump to $18. The Macy’s decision came amid “intense competition for talent,” as noted in the retailer’s latest earnings report. Although these increases are above the $7.25 federal minimum wage, researchers at the Massachusetts Institute of Technology who track the cost of living by U.S. county report that even $15 an hour is not enough for most Americans to get by.

What’s most defining about 2021’s labor crunch is that so many Americans left the labor force at a time when living costs were rising. Indeed, inflation has been an increasingly worrisome issue, hitting 6.9% year-over-year in November, a 39-year high.

Inflation has stemmed largely from tight supply chains (an ongoing problem since the first economic shutdowns) and high consumer demand. Labor shortages haven’t been the main cause for inflation, experts say, but they aren’t exactly helping the problem, either. Indeed, manufacturing, transport and wholesale industries are all paying more to hire and retain workers and certainly some of those costs are getting passed down the line to the consumer.

Energy prices are a major reason why inflation has spiked. Consumers around the world are feeling the effects of rising energy costs in their utility bills and at the pump—and just about everywhere else considering the vast number of goods that get produced and transported with fuel. The World Bank announced in late October that energy prices are on track to be more than 80% higher in 2021 compared to 2020, and will stay high in the first half of next year, posing a significant risk to global inflation.

“We were in a pandemic recession. We were in a quarantine. We were really slowing down economic activity for a long time,” says Michael Horrigan, president of the W. E. Upjohn Institute for Employment Research who previously served as an associate commissioner with the Bureau of Labor Statistics. “As we have come back—and it’s been uneven—but as we have come back, there has been a big increase in the demand for a variety of things that are related to the use of energy.”

Prices for goods and services are running so high that they are wiping out wage gains. Wages and salaries for private industry workers as measured by the Employment Cost Index were rising about 3% a year prior to the pandemic. They were up 4.6% for the 12-month period ending Sept. 2021. But U.S. inflation, as measured by the Consumer Price Index, has topped 5% annual increases every month since June, which means that the price increases have eaten into the salary gains for much of the year. Researchers at Harvard’s Kennedy School calculate that inflation-adjusted wages are nearly 3% below the pre-pandemic growth trend.

Inflation-adjusted wages may strengthen again if prices return to their pre-pandemic norms in 2022, says Jason Furman, an economics professor at Harvard. “If inflation is below 2.5% next year, then probably workers will start to catch up—maybe not get back all the way, but make up some of the ground they lost in the last year and a half,” he says. “If inflation is above 3%, then they’re likely to lose further ground next year.” (Furman’s personal prediction is that inflation will top 3% next year.)

Economists aren’t certain how long it will take for prices to restabilize. The calculation depends on which policy interventions will kick in. The Federal Reserve, which is tasked with maintaining price stability, has signaled that it could raise interest rates in an effort to lower inflation. Higher interest rates could dampen spending and slow down the economy because consumers and businesses will find it more expensive to borrow money. The trade-off in curbing inflation with higher interest rates is that as the economy cools, businesses typically slow hiring. Should that happen, it could take longer for the U.S. unemployment rate—which was 4.2% in November— to drop back down to its pre-pandemic rate of 3.5%.

“The Fed expected inflation to come back down much more rapidly,” says Narayana Kocherlakota, an economics professor at the University of Rochester who previously served as president of the Federal Reserve Bank of Minneapolis. “The forces that we’re seeing on inflation are more persistent than were expected a year ago.”

Now, the clock is ticking as economists debate what normal employment should look like in an era when employees are quitting in droves. For Americans, fearing that inflation is here to stay could make inflation worse. Given enough time and exposure to higher prices, businesses and workers may start to worry that their dollars won’t cover expenses and they may try to hedge against it. For instance, labor unions could demand wage boosts that are commensurate with living costs. Businesses might opt into contracts that account for anticipated price spikes. And landlords may raise rents in their lease agreements. These reactions, in combination with the current inflation triggers like high energy prices and supply chain problems, could lock in high prices for the future, making inflation spiral higher.

For much of 2021, Federal Reserve chair Jerome Powell publicly noted that inflation was transitory and driven by certain parts of the economy most impacted by the pandemic. Only recently has that outlook shifted. The Fed has acknowledged in more recent weeks that the problem is more widespread, to the point of requiring intervention. “Expectations matter tremendously,” says Kocherlakota. “You’re trying to see, as a policymaker, how permanent do people believe inflation is going to be, because the more they believe it’s going to be permanent, the more tendency there is for it to become permanent.”

Managing expectations about how inflation will look in 2022 could curb the behaviors that threaten to perpetuate ever-rising prices. But at the same time, the forces that kicked off the economic problems in the first place—a hesitant workforce, supply chain holdups and a glut of consumer spending—are all rooted in a pandemic that can’t be solved with monetary policies. For the economy to feel healthy again, the world needs to pull together to overcome the human health crisis first. 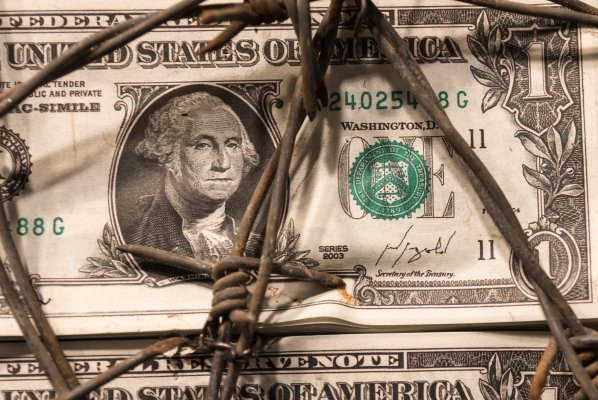 The Conservative Case For Prison Reform
Next Up: Editor's Pick