As 2021 comes to a close, TIME looks back at some of the history-making moments we documented on film. Here is a selection of some of our favorite video stories about people who changed our present, for us or for themselves; innovations that are shaping our future; and a past that we’re only just beginning to grapple with.

Amanda Gorman: ‘The Hill We Climb’

Gorman, the youngest inaugural poet in the U.S., recently spoke to TIME about her writing process, attending President Joe Biden and Vice President Kamala Harris’ Inauguration, and the most valuable lesson she’s learned from her unprecedented year. In this video, she reads the poem that made her a household name.

“I view today as a reintroduction to me as a woman, having made a transition medically,” actor Tommy Dorfman told writer Torrey Peters when they spoke for a TIME interview. “Coming out is always viewed as this grand reveal, but I was never not out. Today is about clarity: I am a trans woman.” Here, Dorfman discusses her take on how to live authentically in the public eye.

Inside the SpaceX Crew Dragon: Here’s How the Inspiration4 Crew Will Fly to Space

It has been 100 years since the Tulsa race massacre, when an angry white mob destroyed a prosperous black neighborhood in Tulsa, Okla. And Tulsa’s story is just one part of a larger history of Black Wall Streets that existed in many American cities. In this short documentary, TIME’s Arpita Aneja and Olivia Waxman explore the history of Jackson Ward in Richmond, Va., which is considered the first “Black Wall Street” to emerge around the turn of the 20th century. 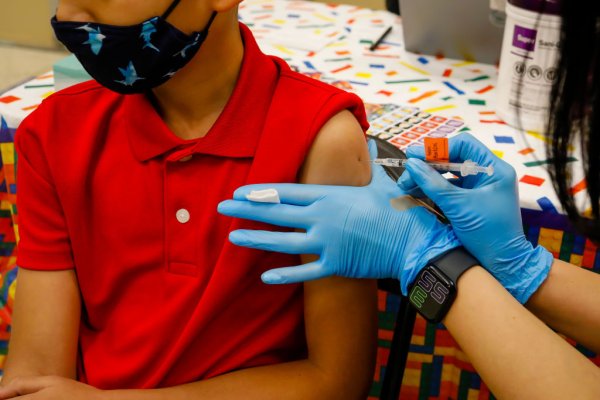 COVID-19 Hospitalizations Surge Among U.S. Children
Next Up: Editor's Pick