Announced last week and featured at this year’s Super Bowl, the Inspiration4 mission will be commanded by Jared Isaacman, the 37-year-old founder and chief executive officer of Shift4 Payments and an accomplished pilot, philanthropist and adventurer. Isaacman is donating the three mission seats alongside him to members of the public who best exemplify the humanitarian pillars of the mission. Two of these seats are currently open to the public through a fundraising contest and an online competition using Shift4’s new ecommerce platform, Shift4Shop.com.

With exclusive access to the groundbreaking mission, the forthcoming project will follow the journey as the Inspiration4 crew is named, undergoes commercial astronaut training and completes the launch and returns to earth in the fourth quarter of 2021. The project will also serve as a definitive chronicle of the history of space exploration, examining how this major milestone was reached and contemplating its implications for the future.

Emmy and Peabody award-winning producer Connor Schell (“30 for 30,” “The Last Dance,” “O.J.:Made in America”) will executive produce the documentary through his new non-scripted production studio. TIME Studios’ Emmy award-winning Jonathan Woods, (“A Year in Space,” “The Mars Generation,” “Space Explorers: The ISS Experience”) will serve as lead producer for the landmark project.

“Inspiration4 is a historic step to making space travel and exploration available to everyone,” said Issacman. “We are excited to have our ambitious journey captured by this incredible team and know that their telling of this story will inspire humanity in new ways.”

“In these challenging times, it is important to remember that the human capacity for success and ambition may well be limitless. This journey will be a defining moment for space exploration and humanity at large and we are honored to be entrusted with telling the story of Inspiration4,” said Ian Orefice, President of TIME Studios. “We look forward to continuing the tradition that TIME and TIME Studios have established through our shared history of bringing audiences to space with new forms of visual storytelling.”

“When I first heard about Inspiration4, I was immediately captivated by the unprecedented nature of the mission and the story of how it came to be,” said Schell. “Telling that story, the broader tale of humanity’s long road to get here, and the places this mission may lead us will be a fascinating narrative for our team to document and help shape.”

“At a time when all of humanity could use more hope and inspiration, it is an honor to support this crowning human achievement,” said Ross Martin, President of Known. “We are proud to continue our groundbreaking work with Jared Isaacman and his team at Shift4 and excited to partner with TIME Studios to bring this epic story to all.”

TIME Studios is the Emmy award-winning television and film division of TIME, the global media brand that reaches a combined audience of more than 100 million around the world. Built on the foundation of TIME’s award-winning visual journalism, which has earned over 55 major awards and nominations in the last seven years, as well as 577 million video streams across all platforms in 2019, Emmy-winning TIME Studios harnesses the access and authority of one of the world’s most trusted and respected brands to bring premium truth-based programming to television and film around the world, while continuing to push the boundaries of journalism and visual storytelling through new cutting-edge mediums including virtual reality and augmented reality.

Known is a modern marketing company engineered for the unprecedented challenges and opportunities facing marketers today. Known pairs PhD data scientists with award-winning creatives, expert research teams and strategists. Known is anchored by two decades of groundbreaking market research and data science capabilities, which uniquely empower our marketing strategy and acclaimed creative groups, who produce some of the most innovative, cutting-edge creative work in culture. The result? Marketing that is predisposed to succeed and be persistently optimized, directly impacting clients’ bottom lines. Our clients span the leading brands in finance, technology, media, CPG, real estate and many other categories. Known has over 300 employees in 6 US cities including Seattle, San Francisco, Los Angeles, Austin, Boston and New York. Our teams have won multiple Emmys, Clios, Effies, Cannes Lions Awards and was named ProMax 2020 Global Agency of the Year. 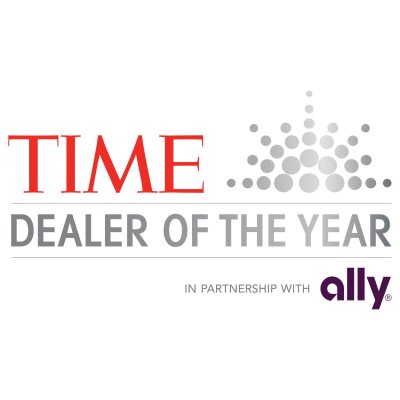 TIME and Ally Financial Name 2021 Dealer of the Year
Next Up: Editor's Pick