Growing up is never easy to do, but it often makes for rich, expressive filmmaking. The Hand of God is Paolo Sorrentino’s memoir about his teenage years in Naples in the 1980s, about the enveloping embrace of family love, the numbing sharpness of grief, and the way pain is sometimes the thing that kickstarts ambition. Sorrentino—whose lush film The Great Beauty won the Best Foreign Language Film Oscar in 2014—has always drawn inspiration, indirect or otherwise, from his forebear Federico Fellini, and this new film feels grazed by the spirit of Amarcord, Fellini’s blissful 1973 film about his own adolescence. But this is how art moves forward: one artist builds on the work of another, paying homage but also adding new layers. The Hand of God is a lovely film, occasionally oddball in the best way, and astute in the way it handles tragedy and loss.

Sorrentino’s young stand-in here is Fabietto (Filippo Scotti), a teenager with a mop of curly hair and a charmingly skewed smile. But the first person we meet in The Hand of God is his aunt, the luscious Patrizia (Luisa Ranieri), as she stands in line at a bus stop in a filmy white dress. A man pulls up in a limo, claiming to be San Gennaro, the patron saint of Naples; he tells her he can help her conceive a child, a dream that has eluded her. The scene that follows is fanciful and strange, charged more with the mystery of religious folklore than it is with sexuality. Regardless, when Patrizia returns home, her hotheaded husband (Massimiliano Gallo) believes she’s been up to no good and threatens to beat her. To the rescue come Fabietto and his mother, Maria (Teresa Saponangelo), and father, Saverio (Toni Servillo, of The Great Beauty). All three are perched on one small motorbike, laughing as they cling to one another. It’s one of those moments that triggers movie-watching synesthesia, conjuring the fresh strangeness of seaside air mingled with traces of motor exhaust.

Patrizia turns out to be one of those aunties with a penchant for sunbathing in the nude without a care, and Fabietto adores her. He also has a brother, aspiring actor Marchino (Marlon Joubert), and a teenage sister we never see until the very end (the movie’s running gag is that she spends all her time in the bathroom). Sorrentino measures out his memories in scenes that are sometimes perhaps too assertively whimsical, but they’re staged with so much affection it’s easy to indulge him. There are sequences showing people young and old enjoying a dip in the sea, and large al fresco dinners where the local eccentrics are introduced, examined, gently mocked. (American viewers with strict codes of what kinds of jokes are acceptable may take umbrage at some of these scenes; but if these moments are truly drawn from Sorrentino’s memories, as they seem to be, it’s unclear who has the authority to police them.)

Best of all are the scenes of tenderness—sometimes slashed through with lightning bolts of anger—between Fabietto’s parents. Maria has a penchant for practical jokes—a scene in which she places a prank call to a neighbor, fueling the woman’s dreams of becoming a film star, is slightly cruel, but also so perfectly executed that you can’t help laughing. And she and Saverio, despite having their share of marital troubles, share a bond that Sorrentino captures beautifully, often without words. The two have a secret code that’s not even so secret, a whistle that’s like one bird calling to another, either as greeting or farewell.

Midway through the film, Fabietto suffers a profound tragedy, best left for viewers to experience for themselves; the moment is so gorgeously staged that it doesn’t hit home immediately. In the midst of his grief, Fabietto also faces the daunting work of becoming both a man and an artist. There’s an exquisitely rendered scene in which an older neighbor (Betty Pedrazzi) opens a door for Fabietto in the midst of his confusion, and a short preview of how Sorrentino got his start as a filmmaker, with the advice of fellow Napolitano Antonio Capuano (played here by Ciro Capano). And there’s also soccer: It turns out that Argentine superstar Diego Maradona, who thrilled the city when he was signed to play for its team, also played a part in saving Fabietto’s life—and presumably Sorrentino’s life as well. And so we also have him to thank, at least partially, for this heartfelt memento. In Sorrentino’s world, God works in mysterious ways. 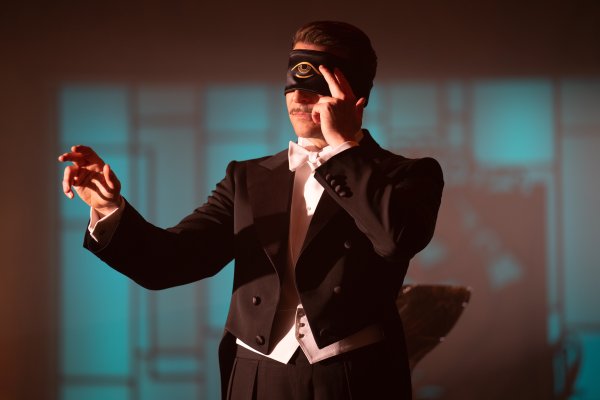 Bradley Cooper Terrifies in the Dark, Doomed Nightmare Alley
Next Up: Editor's Pick