How the U.S. Boycott of the Beijing Olympics Is Splitting the World

The last time the U.S. boycotted an Olympic Games, China joined in—withdrawing from the 1980 Moscow Games along with at least 44 other nations, ostensibly to protest the Soviet invasion of Afghanistan. Chinese leaders even sent 18 athletes to the Liberty Bell Classic in Philadelphia, which was billed as the “alternative” to the main event in Moscow. In a Cold War tit-for-tat, the Soviet Union and its allies withheld their athletes from the next Summer Olympics, the 1984 Games in Los Angeles.

Four decades later, China is now the subject of an Olympic boycott movement. The U.S., U.K., Canada and Australia have joined together for a “diplomatic boycott”—no government officials will attend the 2022 Beijing Winter Olympics, though athletes from the countries will still compete. Japan said it will also withhold high-level government officials, but will send Olympic officials and athletes.

The diplomatic boycott of Beijing neither approaches the scale, nor the severity of the Cold War-era boycotts. Other U.S. allies like South Korea and France have said they will not participate in the diplomatic boycott. And, with China already announcing strict COVID-19 protocols, including mandatory quarantine, far fewer dignitaries were likely to travel to Beijing anyway.

But the move marks the end of a global detente over the Olympics that has lasted since the end of the Cold War—sustaining through the first Beijing Olympics in 2008, and the 2014 Winter Games in Sochi, Russia. Experts say this may only be the beginning.

China has responded furiously, accusing the boycotting nations of politicizing sports and threatening that they would “pay a price for their erroneous actions.” If tensions do not ebb, Chinese officials could consider a similar move—or other punitive measure—for the 2028 Summer Olympics in Los Angeles, observers say.

A total of 67 nations did not participate at the 1980 Moscow Summer Olympics—at least 45 of which withdrew as a result of the U.S.-led boycott.
Jerry Cooke–Corbis/Getty Images

Boycotts aren’t new to the Olympics: In 332 BCE, Athens threatened to withdraw from the ancient games after one of the city’s athletes was accused of fixing a match by bribing his opponents. In the modern era, however, countries’ Olympic boycotts have become a showcase for major geopolitical disputes. Though a specific action or policy is usually given as justification for the boycott announcement—as with the Soviet invasion of Afghanistan—wider political tensions have been at the heart of the decision.

This time, officials in Washington and the other participating capitals cite human rights abuses in China, including atrocities against Uyghurs and other ethnic minorities in Xinjiang, and the crackdown on the pro-democracy movement in Hong Kong.

Calls for a boycott began months before the Games, but they gained new vigor in November when Chinese tennis player Peng Shuai disappeared from public view after she leveled a bombshell sexual assault allegation against a former top official of the Communist Party. She later reemerged in a series of appearances publicized by state-run media, though all discussion of Peng has been censored in China.

Olympic boycotts and calls for boycotts have been effective in calling global attention to an issue—though not necessarily in changing a host nation’s behavior. Human rights advocates called for athletes to pull out of the 1936 Olympics in Berlin because of the Nazi rule in Germany. Athletes from 49 countries—a record at the time—still joined, including Black American track superstar Jesse Owens, who embarrassed the white-supremacist regime by winning four gold medals.

More than 20 African countries withdrew from taking part in the 1976 Montreal Summer Games to urge the exclusion of New Zealand after its rugby team toured Apartheid South Africa. New Zealand still took part and won 15 gold medals that year. (South Africa had been banned since 1964 over its racist Apartheid policies.)

The most significant boycotts were the 1980 and 1984 Olympic games. Dozens of countries, led by the U.S., withheld their athletes from the 1980 Moscow Olympics. The U.S.S.R. and 13 other governments declined to send their athletes to the following Summer Olympics in Los Angeles—claiming that they would not be safe.

However, the greatest historical lesson from those boycotts was that they came at great cost to the athletes who were barred from playing, say Olympic history experts. “That was always one of the biggest problems at the boycotts in 1980 and 1984, was that many felt, and especially with hindsight, that it was the athletes that suffered,” says Toby Rider, an associate professor of sport history at California State University.

The closing ceremony of the 2008 Summer Olympics in Beijing, China. Though some dignitaries declined to attend the Beijing Games—many world leaders, including the U.S. President, were there.
Ola Fagerstrom—Getty Images

The International Olympic Committee (IOC) has navigated nearly 40 years of Olympic cooperation by working to keep politics and sports as separate as possible. That strategy was mostly effective during the 2008 Beijing Olympics—which many observers regard as China’s “coming out party” on the world stage. Some political leaders and dignitaries declined to attend the opening ceremony—though U.S. President George W. Bush was there.

However, the IOC’s stated political neutrality has increasingly come under fire. Human Rights Watch accused the organization of covering for Beijing when IOC members met with Peng via video chat at the height of questions about her wellbeing. The IOC said Peng was safe, but did not address questions about her allegations against a senior Community Party official.

In October, the World Uyghur Congress, an international organization advocating Uyghurs’ rights, urged governments to withdraw from the Games, saying participants would be complicit with “genocide” in China.

Jules Boykoff, a sports politics expert at the Pacific University in Oregon tells TIME that, ultimately, the political tensions between the U.S. and China won out—though it’s clear the boycotts were calibrated to send a message without punishing athletes.

“The stakes are very high to raise the alarm against China’s human rights violations— without falling into what we might think of as a Cold War trap,” Boykoff says.

The IOC, for its part, acknowledges that some of the political issues have become intractable—but says the Games must continue regardless. “Those games are not going to be cancelled, and people need to understand that,” Dick Pound, the IOC’s longest-serving member, says.

Pound, who is Canadian, also suggests that the diplomatic boycotts are enough to send a message to China. “They also need to know that there’s now a line in the sand, which is twofold: one is that the games will go on, and two—that a number of countries in the world are going to require China to address some of these concerns in a meaningful way,” he says.

On that second point, Rider—who has studied the dynamic of the Olympic Games during the Cold War—disagrees. Just as the 1980 boycott didn’t change the Soviet stance in Afghanistan, China is unlikely to make changes over human rights complaints in Xinjiang—which Beijing both denies, and regards as an internal matter.

“I highly doubt that this particular boycott, if it stays, will make China change its foreign and domestic policy in terms of human rights,” Rider says.

Stuart Murray, a sports policy and diplomacy expert teaching at Bond University in Australia, says the four-nation diplomatic boycott of the Beijing Games is likely to kick off a new round of boycotts or other actions involving future Olympics.

“We refer to the great power conflict as the great game,” says Murray. “And that’s what you’re seeing through the Olympics.” 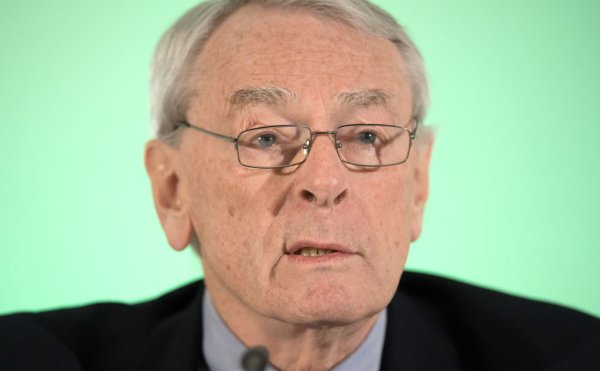 IOC: Olympic Athletes Free to Express Opinions in Beijing
Next Up: Editor's Pick