3 Myths About Pearl Harbor, According to a Military Historian

Tuesday marks the 80th anniversary of the Japanese attack on Pearl Harbor on Dec. 7, 1941, killing some 2,400 American servicemen and leading the U.S. to enter World War II. And 80 years later, myths and misunderstandings persist about what President Franklin Roosevelt called “a date which will live in infamy.”

“The attack on Pearl Harbor was a crime, a military attack that took place without a declaration of war,” says Rob Citino, senior historian at the National World War II Museum. “But at the same time, all these stories are very, very complex.”

Here, Citino highlights, in his own words, a few common misconceptions about how, and where, Pearl Harbor fits in World War II history—and shares what they say about what America chooses to remember about the war.

It’s in movies, it’s in books. The big myth we have to get rid of is [marking] December 7, 1941, as the date World War II began. The U.S. was the last of the great powers to get involved in the war, but Pearl Harbor didn’t start World War II, not by a long stretch.

Picking a discrete moment to kick off [World War II] is underselling its complexity. Asia and Europe are already at war. The Japanese had occupied Manchuria in northeastern China in 1931. They launched a full-scale invasion of China in 1937. Germans invaded Poland in September 1939 and that, of course precipitated full scale war in Europe. If you’re a citizen of the Soviet Union, your war didn’t start until June 1941 when the Germans invaded you—that’s Operation Barbarossa. But if you happened to live in Ethiopia, World War II opened for you in 1935, when the Italians invaded your country.

We don’t talk about this much—Americans don’t like to hear this—but of all the great powers, [America] got in last.

Read more: The Real Biggest Myths About World War II, According to a Military Historian

Myth: Virtually everyone in America volunteered for military service in the days after Pearl Harbor

The myth that we’ve read many times is that the American people rose up as one after Pearl Harbor; that they broke down the doors of recruiting offices coast to coast. If you think this [is real], you’ve probably seen too many movies. A lot of Americans fired up by the Japanese attack on Pearl Harbor volunteered for some military service in the weeks after the attack, but the vast majority of U.S. forces in World War II—about two thirds of the 16 million Americans who put on a uniform—got into the military the old fashioned way: They got drafted.

President Franklin D. Roosevelt had already instated the military draft in the fall of 1940, over a year before Pearl Harbor. By the time Pearl Harbor was attacked, the total number of men in uniform was over 2 million. Months before Pearl Harbor, this new draft army was already being put through the paces in large-scale open-field maneuvers in Louisiana, the Carolinas, and Arkansas—practice runs for actual combat. The country wasn’t really on a war footing, but it was getting there and it certainly wasn’t on a voluntary basis.

This myth of volunteerism plays into other myths: that the country was hopelessly unready for war when the Japanese launched their surprise attack on Pearl Harbor. And that’s not true. The fleet was certainly unprepared that morning, obviously. But men were in uniform, rearmament was underway, factories were being converted to war production.

Myth: The U.S. was a “sleeping giant” at the time of Pearl Harbor.

The attack on Pearl Harbor did a great deal of damage to the U.S. Pacific Fleet. But it failed to knock out the U.S. aircraft carriers—two of which were at sea at the time while a third was in San Diego. Japanese Admiral Isoroku Yamamoto, who planned the attack, is supposed to have said in the aftermath, “I fear all we have done is to awaken a sleeping giant and fill him with a terrible resolve.”

The trouble is that the U.S. was certainly not “sleeping” at the time of Pearl Harbor. The Roosevelt administration had been playing hardball with the Japanese for years, trying to get Japan to lay off its war of conquest in China. The U.S. had embargoed all sorts of strategic goods and raw materials to Japan: weapons, aviation fuel, scrap iron. And in the the summer of 1941, Washington had actually placed a freeze on all Japanese assets in the U.S. and made it impossible for Japan to purchase oil.

The country was deep into the process of converting the economy from consumer goods to wartime production. So the giant wasn’t really “sleeping”, even if the fleet at Pearl Harbor was surprised by the initial blow.

As to that Yamamoto quote? Well, it’s been impossible to find the actual source. Most of us first heard it in the blockbuster film Tora! Tora! Tora! in 1970, so it’s more Hollywood than history. The producer said the screenwriter found [the quote] in a letter, but no one has really been able to produce the letter or confirm who the recipient was.

Read more: 4 Movies That Got World War II Right, According to a Historian 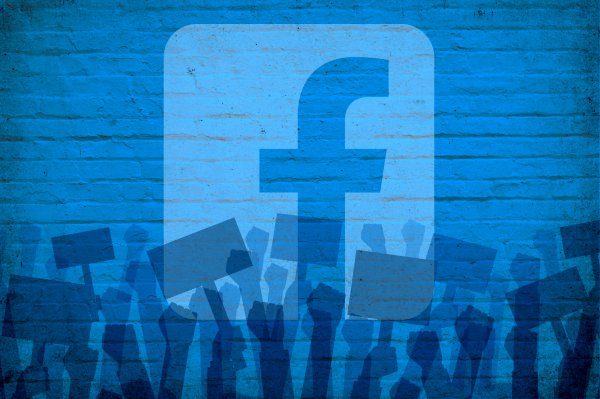 How the Wisdom of Crowds Could Fight Misinformation on Facebook
Next Up: Editor's Pick