4 Movies That Got World War II Right, According to a Historian

With the 75th anniversary of end of World War II approaching — May 8 marks V-E Day, the end of the war in Europe, and Aug. 15 marks V-J Day, for the Japanese surrender — a cycle of remembering that era-shaping conflict will also come to an end.

But the war’s presence in everyday life won’t disappear when the anniversary passes, thanks in part to its large impact not only on world events, but also on popular culture — including cinema. World War II was depicted on screen while it was still being fought, and continues to inspire Hollywood to this day. But not every movie does an equally good job of capturing what that period was really like.

Here are four films that accurately depict life during and after the war, according to Rob Citino, Senior Historian at the National World War II Museum. Citino has talked about World War II films on Turner Classic Movies and the Service on Celluloid podcast, and weighed in on the most accurate films about D-Day for the 75th anniversary last summer. Here are his choices for the top movies that accurately reflect the impact and experience of World War II, for the troops as well as those on the home front.

Warning: This post contains spoilers for the selected films 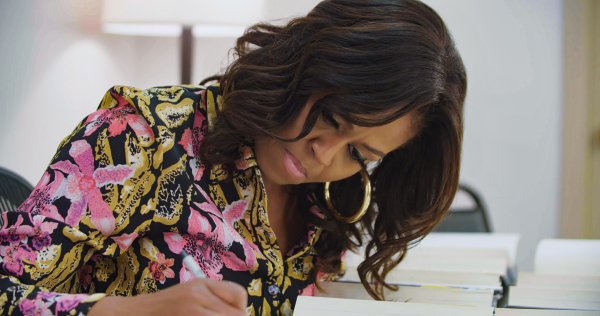 Michelle Obama Deserves More than the Worshipful Gaze of Becoming
Next Up: Editor's Pick