President Joe Biden and first lady Jill Biden, center, are greeted as they arrive for a meeting with Pope Francis at the Vatican, on Oct. 29, 2021.
Evan Vucci—AP
By Brian Bennett

Hundreds of the country’s Catholic bishops, their names on tags hanging from green lanyards around their necks, sat at long tables inside a conference room in Baltimore on Wednesday to vote on pressing issues facing the American Catholic Church.

First, the bishops tested their electronic keypads by voting whether to have ice cream at the break. Ice cream got the votes. But later in the day, a more significant decision came up, when the bishops voted on a 30-page teaching about the Eucharist, Catholicism’s central ritual of taking bread and wine to be in the presence of Jesus Christ.

The vote and the document’s wording were closely watched for signs that the bishops may include a rebuke of President Joe Biden, the country’s first Catholic President to support access to abortion, and open the door for priests to deny the Communion rite to public officials like the President who hold policy positions that run counter to church teachings.

But that didn’t happen. The hardliners backed down, and, the U.S. Conference of Catholic Bishops adopted a softer wording in an effort to keep the conference unified. Instead of calling out Catholic politicians who support access to abortion, the document included instructions for Catholics “who exercise some form of public authority” to look inward. Those worshipers, the document states, “have a special responsibility to form their consciences in accord with the Church’s faith and the moral law, and to serve the human family by upholding human life and dignity.” The document passed by a wide margin.

The debate over the place of Communion in Catholic life, and what responsibility Catholic politicians have to publicly advocate for policies the church supports, comes at a time of sharp divisions with in the American Catholic church over social issues. Biden’s presidency has highlighted those fissures. The bishops’ decision to avoid a direct confrontation with Biden followed a lengthy, warm meeting between Biden and Pope Francis in Rome on Oct. 29. After their rare 90-minute conversation in the Vatican, Biden said Francis called him “a good Catholic” and said he “should keep receiving Communion.” The Pope himself didn’t make a public statement on their meeting. Pope Francis has called for unity among the bishops and has counseled a “pastoral” approach to congregants like Biden, saying that the matter of taking bread and wine should be handled in discussions between priests and individual churchgoers.

But among the bishops, disagreements remain. During the conference in Baltimore on Wednesday, Archbishop Joseph Naumann of Kansas City, Kansas, prodded his fellow bishops to spend more time tending to Catholic politicians seen as acting in a way contrary to Catholic teachings. “I’m not sure that we’ve taken that seriously as bishops our responsibility for the care of the souls of these politicians—to really enter into a dialogue,” Naumann said, a blue mask reading “Remember the unborn” hanging from one ear. “I think it is important that each of us take to heart this and have these dialogues with people in public life.”

A committee of bishops spent months writing and revising the document, titled “The Mystery of the Eucharist in the Life of the Church.” The idea to lay out in more detail how the faithful should think about Communion came out of a closed-door “working group” that senior bishops convened in the months after Biden was elected. Some bishops were concerned that Biden’s high profile as a Catholic who also campaigned on expanding access to abortions would cause confusion in congregations over church teachings. The debate has exposed the growing rifts in the American Catholic Church over church teachings on gay marriage, the role of women in the leadership of the church, and whether objections to abortion extends beyond an individual’s personal conscience to broader policy decisions.

The fight among Catholics has broader political implications. One in five voters in the 2020 Presidential election were Catholic; roughly half of them voted for Biden. The Catholic Church has lobbied for Biden’s next major legislative package, the Build Back Better plan, to include a prohibition on federal funding going to abortions. Getting rid of the Hyde Amendment—the measure that prohibits federal funding for abortion except if the woman’s life is in danger or if the pregnancy is the result of rape or incest—has been a priority for progressive Democrats, and they have successfully pushed Biden to the left on the issue. The amendment has been reauthorized every year since 1976, and Biden used to support it, but he reversed his position and denounced it in 2019 when running for President.

Biden dropped the Hyde Amendment from his proposed budget earlier this year. The House is expected to vote on the Build Back Better package later this week, after which it is expected to be taken up by the Senate. It could be left to Biden to referee whether federal funding for abortions stays in the bill or gets cut—perhaps once again putting his political policy positions at odds with the Catholic Church.

With reporting by Abigail Abrams/New York 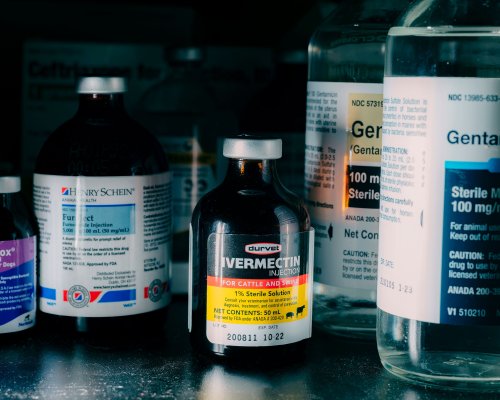