The Capitol Building is seen as the sun sets on Capitol Hill on July 26, 2021.
Samuel Corum—Getty Images
By Abigail Abrams

The House of Representatives passed a package of spending bills this week without provisions banning federal funding for most abortions in the U.S. and abroad, marking the first time in decades that the restrictions have not been included.

The changes face long odds in the evenly divided Senate, where moderate Democrats and Republicans have said they oppose removing the abortion limits, but the House’s move represents a milestone in the national battle over abortion access.

“Finally, the right to reproductive freedom has been recognized by the majority of Democrats,” says Rep. Barbara Lee of California, who has championed the effort to repeal the funding bans for years.

The best-known of these provisions is the Hyde amendment, which prohibits federally funded programs like Medicaid from paying for abortions except in the cases of rape, incest or to protect the life of the woman. It was first passed in 1976 and has been added to every federal spending bill since.

Lee was a Congressional staffer when the Hyde amendment was passed and says it made her “furious,” and she has been working to get rid of it ever since. “It’s a racial justice issue. It’s an economic justice issue,” she says. Democrats and reproductive rights groups say the amendment creates significant barriers for low-income women and women of color, who are disproportionately affected by the ban. Among women of reproductive age, 29% of Black women and 25% of Hispanic women had health insurance coverage through Medicaid in 2019, compared with 15% of white women and 12% of Asian women, according to the Guttmacher Institute, a research group that supports abortion rights.

Conservative states have enacted hundreds of abortion restrictions in recent years, meaning people often must drive long distances to reach an abortion provider, navigate waiting periods and take time off work in addition to covering the cost of the procedure. An April study in the journal Social Science and Medicine found that residents in states where Medicaid does not cover abortion faced more financial barriers and spent longer seeking an abortion. Other research has shown that for some women, not having insurance coverage of abortion effectively bans them from accessing it. A 2019 study in the journal BMC Women’s Health found that in Louisiana, 29% of pregnant women who were eligible for Medicaid would have had an abortion if it were covered.

But people who support Hyde amendment worry removing it will open the floodgates to more abortions, which they strenuously oppose.

“We respect the sanctity of that unborn child’s life. We want to protect that child. We don’t think abortion is good for unborn children or their moms. And when the government funds something, you get more of it,” says Autumn Christensen, federal policy director for Susan B. Anthony List, a conservative group that aims to elect anti-abortion candidates. The Hyde Amendment “saves lives by reducing by eliminating taxpayer funding from the federal government to those to that service,” she says.

The House didn’t just remove restrictions on funding for domestic abortions. Another measure, known as the Helms amendment, has barred U.S. funds from being used for abortions in other countries since Congress passed it in 1973. The House passed the State, Foreign Operations and Related Programs spending bill that dropped the Helms amendment Wednesday night.

Although it contains exceptions, advocates say the Helms amendment is interpreted broadly by international organizations due to confusion and fear over losing assistance from the U.S., which is the world’s largest donor to international family planning and reproductive health efforts. This not only curbs access to safe abortions in low and middle income countries, they say, but also hinders efforts to improve maternal health. If the Helms amendment were repealed, that would mean 19 million fewer unsafe abortions and 17,000 fewer maternal deaths each year, according to Guttmacher.

“This is impeding other governments who are trying to integrate safe abortion into their health systems,” says Bethany van Kampen, senior policy advisor at Ipas, an international non-governmental organization that works to expand access to contraception and abortion. She notes that more than 40 countries have changed laws to allow for more abortion access in the last three decades. “We absolutely cannot address maternal health issues, and the huge public health crisis that we’re seeing in maternal deaths, without addressing unsafe abortion.”

Republicans in Congress objected to the removal of both amendments. No Republicans voted for the Labor-HHS-Education spending bill that scrapped the Hyde Amendment when it was in the Appropriations Committee, and none voted for the package of spending bills on the House floor on Thursday. Senate Republicans have promised not to support a spending bill without Hyde, and the party believes it can highlight on the issue going forward.

Susan B. Anthony List launched a six-figure ad campaign earlier this year targeting Democrats in battleground states and connecting them to President Joe Biden’s decision to leave the Hyde Amendment out of his budget proposal. The amendments will be a “key part” of the group’s political and voter outreach in 2021 and 2022, Christensen says.

Still, Democrats who have been working on repealing these amendments for years have already seen progress towards their goal, and advocates say this week’s votes shows they have more momentum moving forward.

“It’s been a women of color led effort because our communities are the most impacted by Hyde,” says Destiny Lopez, co-president of All* Above All, which advocates for the repeal of Hyde. Reproductive justice organizations led by women of color have been raising concerns about the Hyde amendment for decades, but Lopez says the issue finally got more attention from Congress in recent years. “I think they’ve really understood how how racist this policy is, and how detrimental it is to folks of color who are working to make ends meet, because that’s who the harms of coverage bans like this fall hardest on.”

In 2015, when Rep. Lee first introduced the Equal Access to Abortion Coverage in Health Insurance (EACH) Act, which would permanently repeal the Hyde Amendment, it got 129 cosponsors. This year’s version has 167. In 2016, the Democratic Party added the repeal of Hyde to its national platform, and in 2019, Biden reversed his long-held support for the amendment. Last year, Rep. Jan Schakowsky, a Democrat from Illinois, introduced the first legislation that would permanently repeal the Helms Amendment, and Appropriations Committee Chair Rosa DeLauro and House Speaker Nancy Pelosi promised that they would not add the Hyde language to any government funding bill going forward.

Schakowksy knows that the House’s passage of the spending bills this week won’t address all the obstacles to accessing abortion. States can still choose to prohibit their Medicaid programs from covering abortion and continue to enact more abortion limits. And even with the Democrats’ success in the House, the Senate remains unlikely to follow suit.

But “as an organizer most of my life,” Schakowsky says, “these kinds of victories absolutely move an agenda forward.” 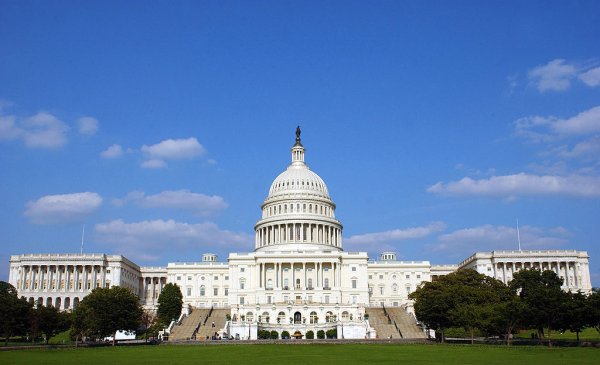 Business and Labor Groups Helped Save the Infrastructure Bill
Next Up: Editor's Pick