The Story of the Jonestown Massacre Is About Much More Than Jim Jones. We've Been Fighting to Tell It for Decades

An aerial view of the Peoples Temple compound in Jonestown, Guyana in November 1978.
AP
Ideas
By Leigh Fondakowski and Margo Hall
Fondakowski is a New York-based playwright, screenwriter, author and director. She was the head writer of The Laramie Project and an Emmy-nominated co-screenwriter for the film adaptation of Laramie with HBO Films. Leigh is the author of the book Stories from Jonestown.
Hall is an award-winning actor, director, activist, educator and newly appointed artistic director of the Lorraine Hansberry Theater. She recently appeared in the hit film turned television series Blindspotting.

Forty-three years ago, on November 18, 1978, 918 Americans died in a remote jungle in Guyana, South America. One was a U.S. Congressman, three were journalists and 914 were residents of the Peoples Temple agricultural mission known as Jonestown. About 80 members of Peoples Temple who were living in Guyana survived that day. Hundreds of members living in San Francisco and Los Angeles did too.

In the chaos of the aftermath, this event would be characterized as a “mass suicide.” We still hear echoes of this whenever we hear the phrase, “they drank the Kool-Aid.” But the idea that they all “drank the Kool-Aid” is a myth. Not everyone died willingly that day. Some were injected with cyanide involuntarily, including hundreds of children and senior citizens. Also a myth is that Jim Jones remains the only representation of Peoples Temple and Jonestown whose story is worth telling. This is far from true—we know because we have been fighting to tell the broader story for more than two decades.

Time after time, we see the people of Jonestown described as “blind followers” and Jim Jones as the “cult leader” who ordered them to die. In this narrative, Jones is all-powerful, the people are robbed of personal agency, and the group becomes a blip in history, lumped in with other cults – everything from Heaven’s Gate to NXIVM. Until we open up this narrative, we not only glorify the abuser, we miss the opportunity to truly understand the meaning of Jonestown.

In 2000, David Dower, the artistic director of Z Space Studio in San Francisco, commissioned us to write a play about Peoples Temple. He saw our Berkeley Repertory Theater production of The Laramie Project, a play co-written by Leigh based on interviews with the people of the town of Laramie, Wyo., in the aftermath of the beating and death of gay University of Wyoming student Matthew Shepard. His thought was: Let’s tell the story of Jonestown in the same style, using the words of the people who lived it.

Read More: The U.S. Military Had to Clean Up After the Jonestown Massacre 40 Years Ago. What the Crew Found Was ‘Beyond ‘Imagination’

For five years, we traveled the country interviewing the survivors of Jonestown. It took a long time to earn their trust. The world feared, ridiculed and maligned them for years. When they met with us, many were speaking about their experiences for the first time.

We soon discovered the rich humanity of these survivors, as well as the pain that still haunts them. We also had to face the stark reality that 70% of the people who died in Jonestown were Black. They went there to escape the brutal realities of ghetto life and the Jim Crow South in the 1960s and ‘70s in America. They wanted a better life for their children and their families. Their voices seemed all but lost to history.

We promised the survivors three things: First, that we would not make composite characters from their stories. Second, we would not include unnecessary violence. The events that unfolded were graphic and horrible, but we would find an artful way to handle the deaths in Jonestown. And third, our play would not be centered on Jim Jones. Rather, it would be the people who created the movement known as Peoples Temple and we would do our best to represent the diversity of the Temple in terms of age, race, gender and class.

This third promise remains the hardest one to keep.

The play, The People’s Temple, opened in 2005, and many survivors came to see it. Several remarked that they felt for the first time that the audience wasn’t viewing them as “other,” but more like “us.” One survivor who had escaped through the jungle in the final hours of Jonestown came to the theater looking for his friends in the Temple. The boundaries between life and art had blurred.

When the play closed, despite strong reviews and ticket sales, we wondered if there was just too much stigma still attached to this group for the institutional theater to handle. Documentary filmmaker Stanley Nelson’s team saw our play in Berkeley. They too had been trying to reach the survivor community, and many of the people we spoke to agreed to go on camera for his 2006 film Jonestown: The Life and Death of Peoples Temple. It seemed to be a turning point. But as our project moved forward, we hit many more roadblocks as we tried to share this story. From the New York theater world to independent film producers to television, the constant refrain was “more Jim Jones.”

So when a biopic of Jim Jones was recently announced in the press with a major Hollywood studio and major star attached to play Jim Jones, we called some survivors to see how they were feeling. One of them said, “When I saw the news, my heart just sank. I just thought: Here we go again.”

Our goal in telling this story was to tell the stories of the people — who they were, why they joined and what happened to them afterward — to represent a diversity of voices.

Black voices like Christine Miller, a longtime Temple member who joined in Los Angeles, who fought with Jim Jones in the moments leading up to the deaths in Jonestown. She stood up in the pavilion and said, “As long as there is life, there’s hope. That’s my faith.”

And Hyacinth Thrash and her sister Zippy, who were members from the early days in Indiana. When the announcement was made over the loudspeaker for everyone to report to the pavilion, Zippy went, but Hyacinth refused. She hid in her cabin. The next morning she woke up to find her sister dead among the others, and to find herself the only one alive.

And Odell Rhodes, a once homeless Vietnam vet, who escaped life on the streets to find a home in Peoples Temple, only to find himself escaping through the jungle while the murder-suicides were taking place.

And so many others who lost mothers, fathers, sisters, brothers and children in Jonestown, some who lost their entire family.

The children of these survivors, and now their grandchildren, too, struggle to understand their own family lineage, and the legacy of trauma that has been passed down through the generations. An entire generation of Black wealth as well as Black leaders, teachers, lawyers, business owners and mentors in San Francisco and L.A. were lost that day in Jonestown. The Fillmore neighborhood of San Francisco, which at the time was a predominantly Black neighborhood, was devastated. It was like a ghost town.

Who is going to tell their stories? More important, when will this industry and the world be ready to hear them? 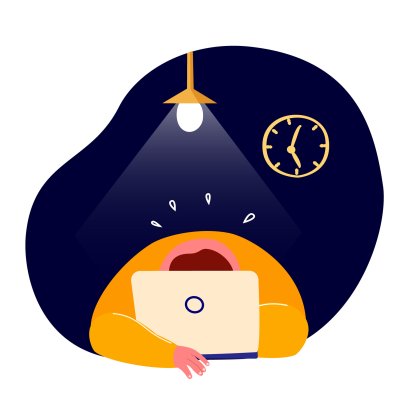 Strategies to Get Through the Rest of the Year Without Burning Out
Next Up: Editor's Pick