Michelle Monaghan as Sarah Lane, an important figure in the fictional Meyerist movement in Hulu's The Path
Greg Lewis—Hulu
By Eliana Dockterman

Hulu’s new series The Path, starring Aaron Paul, Michelle Monaghan and Hugh Dancy, explores the inner workings of a cult and what happens when some followers begin to question the group’s tenants. The show certainly draws inspiration from real-life religious groups: the fictional cult of Meyerism recruits those who have suffered—domestic abuse victims, drug users, those who have lost family—and are looking for answers.

But it’s easy to see why followers of Meyerism wouldn’t want to be called members of a cult—and why the FBI is investigating the religious group on the show. Cults have earned a reputation over the years for convincing their followers to do anything, from stealing to murder and even mass suicide. Here are seven of the most notorious cults in recent history:

Charles Manson led a group that became known as the Manson family on a sort of California commune in the 1960s. He believed in something called “Helter Skelter” (a phrased cribbed from the Beatles song of the same name), which he referred to as an impending race war. Manson and his followers committed a series of seven murders in 1969 with the conviction that these killings would spark this apocalyptic battle. Among those they murdered was actress Sharon Tate, who was pregnant at the time and murdered in the home she shared with her husband and director Roman Polanski. In 1971, Manson was convicted for the cult killings and sentenced to life imprisonment.

Founded by David Berg, who in 1977 claimed he was God’s prophet, this Huntington Beach, California cult believed that sex with children was a divine right and condoned sexual abuse. Recruiting outsiders often meant prostituting children. Actors Rose McGowan and Joaquin and River Phoenix were both raised in the Children of God “family” and left.

The term “drinking the Kool-Aid” originates with the mass suicide of 900 members of The People’s Temple in 1978. The leader of the cult, Jim Jones, began preaching about social equality, lifting up the downtrodden and other socialist principles in the 1960s. He amassed a huge following in Indianapolis before migrating with his followers to California to build a commune. As he began to abuse amphetamines, Jones became paranoid about attacks on his person, so he moved his now hundreds of followers to a town in Guayana called Jonestown.

In 1978, Congressman Leo Ryan flew to Jonestown with a television crew to investigate claims that people were being held against their will. When the congressman attempted to leave with defectors from the cult, he was ambushed at the airport by Jones’ people. They shot and murdered Ryan and four others. That evening, Jones ordered everyone in Jonestown to drink cups of liquid that contained cyanide. When it was over, 900 people were dead. Jones was found with a bullet in his temple.

The Branch Davidians were at the center of the Waco siege in 1993. The group believed that Jesus Christ’s return to earth was imminent. Their leader, David Koresh, reportedly convinced his followers that they needed to arm themselves for that apocalypse. Agents from the Bureau of Alcohol, Tobacco and Firearms raided their Waco, Tex., ranch in 1993 based on information that the group was stockpiling weapons. The raid began in a gun battle that killed four agents and six Branch Davidians and lasted 51 days. Eventually, a fire, which broke out at the ranch as the FBI invaded with tear gas, engulfed the compound. Seventy-five Branch Davidians, including children, died. (The Waco incident has since become a “rallying cry” for various American militia movements, though they have not been associated with cults.)

Heaven’s Gate is best known as the cult whose leader, Marshall Herff Applewhite, convinced 39 people to commit mass suicide in 1997, in what was the largest mass suicide in U.S. history. Applewhite had told his followers that extraterrestrials would give their souls new bodies after they died, and the group determined in 1996 that the passing of the comet Hale-Bopp would bring with it a spaceship that would usher their spirits to another planet. The group gathered in a mansion in Rancho Santa Fe, California to ritually kill themselves in expectation of the event.

Order of the Solar Temple

Founded in 1984 in Geneva, this cult remained extremely secretive until 1994 when members brutally murdered a baby because they thought the infant was the anti-Christ. This incident was followed by a series of mass-suicides by shooting, poisoning, burning and suffocation. Ultimately 100 people were killed or killed themselves.

Founder Shoko Asahara established this cult in 1984, styling himself as a monk and mixing aspects of yoga, Buddhism and Christianity with apocalyptic narratives. The doomsday cult’s name translates to “Supreme Truth” in Japanese. In 1995, Asahara ordered sarin gas released into the Tokyo subway system, killing 12 people and hospitalizing 5,500 more. Japanese police raided the cult’s headquarters and arrested hundreds of members, including Shoko Asahara himself. 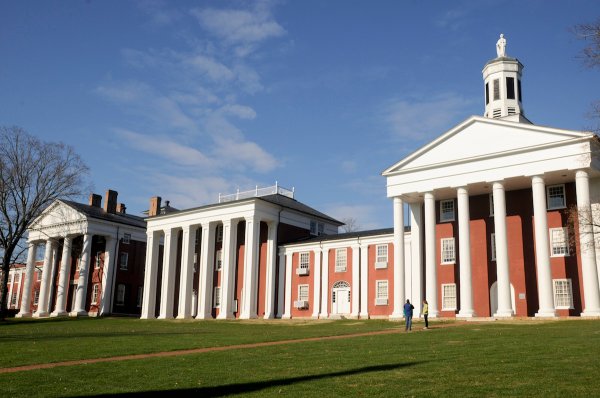 Cleansing American Culture of Ties to Slavery Will Be Harder Than You Think
Next Up: Editor's Pick