Alison Phillips, an associate professor of psychology at Iowa State University, grew so, so tired of using the elliptical machine in her home, day after day, for over a year during the pandemic. First off, the repetition was aching her feet. But even worse, it hurt her mind. “It’s boring,” says Phillips. “Same thing, all the time.” So two weeks to the day after Phillips received her second COVID-19 vaccine shot, she returned to her local gym. “I needed the variety of activities,” says Phillips. “For not just my feet, but for interest sake.”

After going back to the gym, Phillips noticed that she was much more outgoing than she had been during her pre-pandemic workouts. “Seeing people was really important to me,” she says. “This was funny to me.” Before the COVID-19 pandemic, says Phillips, “I didn’t go to the gym for social ties, because I had small children and a full-time job. I was there to be efficient. I would avoid people so I didn’t have to talk.” Now, Phillips found herself budgeting ten minutes or so of extra time at her gym in Ames, Iowa for chit-chat. “I started talking to people that I had seen for years before the pandemic, and I had never talked them,” she says. “But I got back and I said, ‘I’m so happy to see you.’ I was motivated to chat with people. That was nice, to see people and be recognized by others. We had this shared sense of, we want to be here. And we’ve made it through this pandemic. It was just a breath of fresh air socially. And I changed as a person.”

Plus, socializing at the gym has improved her workouts. “My mood has been better,” says Phillips. “And when your mood is better, you have more energy to put into exercise.”

Many Americans, it seems, share Williams’ newfound affinity for the gym. Visits have nearly returned to pre-pandemic levels; gym visits were down just 8% in early October compared the same period 2019, according to data cited by CNBC. On Nov. 4, Planet Fitness, the gym chain with more than 2,000 locations, reported a solid rebound in the third quarter: revenue increased 46% to $154.3 million compared to the same period a year ago. Net income increased to $21.9 million, versus a $3.3 million net loss in the third quarter of 2020. Planet Fitness CEO Chris Rondeau said during an earnings call that membership was at 97% of pre-pandemic totals, at more than 15 million. Planet Fitness’ stock price rose 16% over the next two days.

Meanwhile, shares of Peloton, the web-connected home exercise bike and treadmill that grew in popularity as Americans were cooped up in their living rooms during the pandemic shutdowns, have fallen more than 40% since the company announced worse than expected earnings on the same day as Planet Fitness’s results. Peloton posted lower-than-expected revenue and a higher-than-expected net loss of $376 million, or $1.25 per share, for its most recent quarter.

During the height of the pandemic, such a reversal of fortunes for Planet Fitness and Peloton seemed almost unimaginable. Home exercise proved convenient, while crowded gyms seemed ripe for the spread of the virus. Phillips—who has studied the benefits of group exercise, which include lower stress levels and significant improvements in mental, physical, and emotional quality of life—worried that gyms would go under. “People were working out at home and became good at it,” she says.

But it turns out that people missed their old routines. And this news doesn’t just bode well for Planet Fitness. The comeback of gym workouts mark a return to pre-pandemic normalcy. And assuming countless people like Williams are embracing lost human connectivity at the gym, the success of chains like Planet Fitness could make America a happier place.

Danon Ray, a recruiter for the New York Army National Guard, despises working out from home. “The house is too familiar, too comfortable, the temperature is not right,” says Ray, 45. “Working out in a gym is a communal, social thing. It’s people who have the same interests who are involved with trying to better themselves. You develop some sort of bond, right?” During the shutdown, Ray did calisthenics alone outside. But he returned to his Planet Fitness in the Bronx early this year. “My job is highly stressful,” says Ray. “And when I don’t go to the gym, I feel like I miss my medication, something that keeps me normal. I’m always saying to myself mentally, ‘you’ve got to go to the gym tonight. O.K., you can’t go tonight? You’ve got to wake up early in the morning.’”

For Sheila Aparicio, a retired NYPD detective, her memberships at Planet Fitness and two other New York City-area gyms don’t really provide social benefits. She’s all about the exercise. “I’m pretty hard core,” says Aparicio. “Sometimes I go to the gym and I see people standing around and all they do the entire time is talk. I stay away from those people.” Aparicio
thought about buying a Peloton during the pandemic, but the price of the equipment—anywhere between $1,500 and $2,500—was a turnoff. So was its bulk; Aparicio thought she wouldn’t have room for it in her apartment.

Despite Peloton’s recent struggles, home fitness isn’t going anywhere. Other upstart connected exercise brands, like Tonal and Mirror, have emerged to compete with Peloton. According to Matt Powell, senior industry advisor at market research company NPD Group, retail sales of home fitness equipment in the first eight months of 2021 were still up 20% compared to the same period a year ago, although sales from June to August this year were down 5% compared with the same three-month period last year. NPD says that 2020 retail home fitness sales were $3.7 billion.

Fitness industry analysts predict that post-pandemic workouts will mirror the world of work and that a hybrid model will emerge. Some people have become so accustomed to the convenience of home exercise, they’re swearing off the commute to the gym—much like those workers swearing off trips to the office. Others crave the collegiality of the gym (or the break room). “There is a place for both,” says Joanna Zeng O’Brien, a senior analyst at Moody’s Investors Service who covers the fitness industry. “In the end, we’re social animals, right? I could see people having a Peloton bike and home and still going to the gym.”

The fallout of the pandemic highlighted the need for self-care, and Americans have become more attuned to messaging around that. Exercise has become a priority—wherever people prefer to do it. But the uptick in gym visits and memberships resonates even more. “I’ll tell you what makes me hopeful regarding people’s mental health,” says Phillips, the Iowa State psychology professor. “If people are very depressed, they don’t take action to get out there and exercise. You have to be mentally healthy enough to take that action and get out there and start doing something. So to me it also reflect positively on people being resilient. And not only coming out of their homes, but out of their shells.” 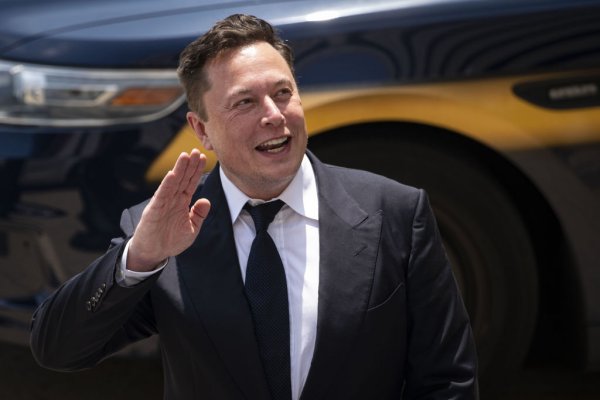