Britney Spears’ conservatorship was officially terminated on Friday, bringing an end to the legal arrangement that has controlled her life for 13 years.

Britney’s case catapulted into the spotlight this year in the wake of a series of developments, including the February release of the New York Times documentary Framing Britney Spears and Britney’s explosive June testimony, which helped shed light on what the pop star has endured under the conservatorship and galvanized the #FreeBritney movement.

Here’s what to know about Friday’s hearing, all that led up to it and what comes next.

What happened at Friday’s hearing?

As an enthusiastic crowd of #FreeBritney supporters rallied outside Los Angeles’ Stanley Mosk Courthouse on Friday, Judge Penny ruled that the conservatorship of Britney’s estate and person should be terminated effective immediately.

“The conservatorship of the person and estate of Britney Jean Spears is no longer required,” she said.

Judge Penny went on to say that accountant John Zabel, who has served as temporary conservator of Britney’s estate since Jamie was suspended, will stay on the case in a “limited and administrative” capacity until related financial matters are settled. He will retain power to execute estate planning and transfer outside assets into an existing trust for Britney.

Britney took to Instagram to share a video of the crowd outside the courthouse shortly after Judge Penny’s ruling. “Good God I love my fans so much it’s crazy,” she captioned the post. “I think I’m gonna cry the rest of the day !!!! Best day ever … praise the Lord … can I get an Amen.”

Since condemning the conservatorship and those involved in it while addressing an open court for the first time in June, Britney has been more outspoken about her circumstances than ever. In a now-deleted Instagram post from July, Britney criticized those close to her who were trying to save face publicly after not supporting her privately.

Although Britney didn’t name any names, fans speculated that these comments were in reference to her mother, Lynne Spears, and younger sister, Jamie Lynn Spears, who both shared cryptic posts on Instagram after Judge Penny approved Britney’s request for prominent Hollywood lawyer Mathew S. Rosengart to take over her case in July.

In the wake of her most recent hearing in September, at which Jamie was removed as conservator, Britney has used social media to continue to speak out about the mistreatment she’s faced. She’s also become more direct in her criticisms. Earlier this month, she called out both Lynne and her former business manager Lou Taylor for their roles in the conservatorship in another since-deleted Instagram caption.

“My dad may have started the conservatorship 13 years ago… but what people don’t know is that my mom is the one who gave him the idea,” she wrote. “I will never get those years back … she secretly ruined my life … and yes I will call her and Lou Taylor out on it…. So take your whole ‘I have NO IDEA what’s going on’ attitude and go f––k yourself!!!! You know exactly what you did… my dad is not smart enough to ever think of a conservatorship… but tonight I will smile knowing I have a new life ahead of me!!!”

In a reported June conversation with the New Yorker, Lynne said that she had “mixed feelings” about the whole situation. “I don’t know what to think. . . . It’s a lot of pain, a lot of worry,” she said. “I’m good. I’m good at deflecting.”

According to court documents obtained by People, Rosengart has requested that Tri Star Sports & Entertainment Group, which is owned by Taylor, turn over a full accounting of the last 13 years, including all documents regarding communications between Jamie and Tri Star, all documents regarding any agreements between Jamie and Tri Star, all communications regarding payments made to Tri Star from Britney’s estate and all payments made by the estate for legal services provided to Tri Star.

Tri Star has filed a motion to block the request, arguing that the company provided regular accounting for the 11 years it worked with Britney and neither Britney nor her lawyer ever objected. Tri Star has also denied allegations that it had any involvement in monitoring Britney’s cell phone use, bugging her bedroom or controlling her medications.

Rosengart has also filed a request to have Jamie deposed and questioned his motives for filling a petition to immediately terminate the conservatorship in the wake of receiving the Tri Star discovery request.

“It is of no moment, presently, whether Mr. Spears’s reversal was motivated by a desire to bolster his reputation or to avoid his deposition or responding to the outstanding discovery served on him in August,” Rosengart wrote.

Jamie’s new lawyer, Alex Weingarten, said in a Nov. 1 court filing that Jamie “is committed to full and complete transparency” and will cooperate in transferring all files regarding the estate.

“Jamie has nothing to hide regarding his administration of Britney’s estate and will therefore hide nothing,” the filing read.

What could happen next?

Although Judge Penny ruled to terminate the conservatorship, there are still several legal matters that need to be addressed by the court.

In addition to Britney’s attempts to seek justice against those involved in the conservatorship, any outstanding expenses billed to Britney’s estate, including the legal fees of those who fought to keep Britney in the arrangement, will have to be resolved. The list of those who are still seeking court approval for further compensation includes Jamie’s former lawyers, Lynne’s lawyers and Britney’s personal care manager Jodi Montgomery, who has served as conservator of Britney’s person since September 2019. Two additional hearings are currently scheduled for Dec. 8 and Jan. 19.

As for how Britney’s life will be immediately affected, she is now free to make her own medical, financial and personal decisions for the first time since 2008. During her June testimony, Britney said that among the injustices she was subjected to under the conservatorship, she’d been prevented from marrying her then-boyfriend Sam Asghari and removing an IUD that kept her from having another baby. Asghari proposed to Britney in September and the two are now engaged, meaning a wedding could be in the works for the couple.

Whether Britney will ever perform again is still up in the air, with Rosengart stating that “she will if she wants to” in a press conference following Friday’s hearing. 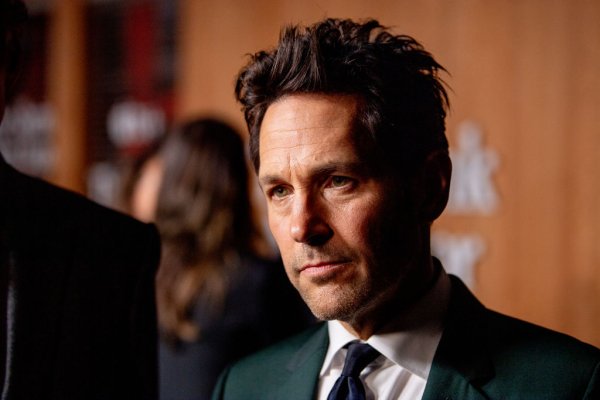 Paul Rudd Is People Magazine's Sexiest Man Alive in 2021
Next Up: Editor's Pick