It was a monumental day for Britney Spears and supporters of the #FreeBritney movement. Just over three months after Britney testified that the court-ordered conservatorship she’s been under for 13 years is “abusive” and that she wants it to end immediately, Los Angeles County Superior Court Judge Brenda Penny ruled to immediately suspend her father, Jamie Spears, as her conservator.

The decision came after Britney’s lawyer, Matthew S. Rosengart, spoke out once again against Jamie’s handling of all aspects of the conservatorship at a highly anticipated hearing on Wednesday. “My client, Britney Jean Spears, testified that James P. Spears abused her, subjected her to cruelty, and she cannot bear his toxic presence for a single day more,” Rosengart reportedly said.

In a statement, a representative for Jamie called the results of the hearing “disappointing, and frankly, a loss for Britney.”

Ahead of the hearing, it was unclear whether Judge Penny would address the separate petitions filed by both Britney and Jamie to terminate the conservatorship in addition to the multiple petitions Britney filed calling for Jamie, who has served as conservator of both her person and estate, to be removed from the legal arrangement.

The hearing, which had already been scheduled, came in the wake of the release of three new documentaries—FX and the New York Times’ Controlling Britney Spears, CNN’s Toxic: Britney Spears‘ Battle for Freedom and Netflix’s Britney Vs Spears—centered on what Britney has endured under the conservatorship. Allegations in Controlling Britney Spears that a security firm hired by Jamie tracked Britney’s cell phone and bugged her home, including her bedroom, in order to monitor her private conversations prompted Rosengart to file a supplemental motion on Monday calling for Jamie’s immediate suspension from the conservatorship and an investigation into the surveillance claims.

“Any unauthorized intercepting or monitoring of Britney’s communications—especially attorney-client communications, which are a sacrosanct part of the legal system—would represent a shameful violation of her privacy rights and a striking example of the deprivation of her civil liberties,” Rosengart said in a statement. “Placing a listening device in Britney’s bedroom would be particularly horrifying, and corroborates so much of her compelling, poignant testimony. Mr. Spears has crossed unfathomable lines.”

Judge Penny’s ruling was met with celebration by the #FreeBritney activists who had gathered outside of Los Angeles’ Stanley Mosk Courthouse on Wednesday to support Britney. In recent months, Britney has expressed gratitude on social media for #FreeBritney supporters, several of whom have themselves allegedly been tracked by the security firm contracted by Jamie.

“Thank you to my fans who are supporting me…. You have no idea what it means to me be supported by such awesome fans !!!! God bless you all !!!!!,” she wrote on Instagram after being granted permission to hire Rosengart in July. “Pssss this is me celebrating by horseback riding and doing cartwheels today !!!! #FreeBritney.” 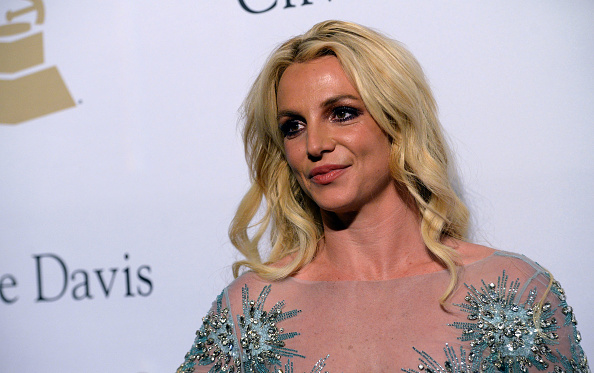 What We Learned from the New Britney Spears Documentaries
Next Up: Editor's Pick