In a Warning Shot to Other States, Federal Judge Rules Immigrant Detainees in Washington Must Be Paid More Than $1 a Day

A detainee walks through the Northwest ICE Processing Center in Tacoma, Wash. during a press tour in 2019.
Jovelle Tamayo—The Washington Post/Getty Images
By Jasmine Aguilera

For years, thousands of detainees awaiting their trials in immigration court were paid $1 a day to mop, scrub toilets, do laundry, and myriad other jobs at the Washington state facility where they were being held. During that time, GEO Group, the company contracted with the government to run the facility, Northwest ICE Processing Center, was posting millions of dollars in profits.

On Nov. 2, that balance of power shifted. In an extraordinary decision, a federal jury in U.S. District Court for the Western District of Washington ordered GEO Group to provide $17.3 million in backpay to more than 10,000 former and current detainees, some of whom had performed the virtually-unpaid labor as far back as 2005.

Those decisions, while limited to Washington state, could have powerful national implications, legal experts say. Many expect the federal court ruling to catalyze a wave of similar challenges in states with labor laws that mirror Washington’s. “I just don’t think a case of this magnitude…is going to go unnoticed across the country, that’s just not going to happen,” says Attorney General Ferguson, who says he plans to share the details and results of this case with other state attorneys general.

Read more: Americans Aren’t Allowed to Donate to and Volunteer at Migrant Detention Centers. There’s No Good Reason for That Policy

The legal reasoning employed by both the jury and Judge Bryan was straight-forward and far-reaching: immigrant detainees are not criminals. In the U.S., people who have been convicted of a crime are exempted from state labor laws while incarcerated. Immigrants, who are detained while they await civil proceedings to determine if they can remain in the U.S., fit a different category — and are therefore entitled to minimum wage for their labor.

“I’d be shocked,” Ferguson tells TIME, “if [this case] did not have a ripple effect.”

It’s already getting attention. In Colorado, lawyers representing up to 40,000 immigrants in a similar class action lawsuit against GEO Group have submitted paperwork to the U.S. District Court for the District of Colorado detailing how Judge Bryan ruled in the Washington case. The Colorado plaintiffs echo Washington Attorney General Ferguson’s argument almost exactly—that GEO Group unjustly enriched itself by paying detainees $1 a day for their labor. One plaintiff in that case, Alejandro Menocal, was paid $1 a day in 2014 for cleaning when he was detained at the Aurora Detention Facility, which was also run by GEO Group.

“We’d like to see the GEO Group stop profiting from the labor of detained immigrants,” says Juno Turner, an attorney on the case. It’s important, she adds, “that we as a society try to understand the way that for-profit companies are benefiting from this kind of exploitation of people.”

Michael Hancock, an attorney who has represented immigrants at privately-run detention centers in the past, says the Washington state decision offers a crucial paradigm shift. For years, he says, federal courts have “conflated those criminal incarcerated prisoners with civil detainees under the immigration law.” While he and other attorneys representing immigrant detainees argued that was “an inappropriate analogy,” they haven’t, so far, found traction.

Read more: Private Prisons Lock Up Thousands Of Americans With Almost No Oversight

Earlier this year, Hancock represented Desmond Ndambi, who was paid $1 a day in 2017 to manage a library at New Mexico’s Cibola County Correctional Center in New Mexico, which was run by CoreCivic, a private company that contracted with the government to run the facility. At the end of 2019, a New Mexico District Judge dismissed the Cibola case. In March, the Fourth Circuit Court of Appeals upheld the district court judge’s dismissal.

Washington Judge Bryan called out the case by name in his opinion. “I hope that other judges who review these proceedings will not be swayed by the idea, as quoted in the Ndambi vs CoreCivic case…that ‘fair payment for prisoners is too outlandish to consider,'” he wrote.

While Ndambi’s case is closed, two very similar lawsuits are ongoing in California, also against GEO Group and CoreCivic. In one case, plaintiff Raul Novoa was paid $1 a day from 2012 to 2015 for janitorial and barber work when he was detained at the Adelanto Detention Center, which is run by GEO Group, according to court documents. Lawyers in that case did not respond to TIME’s request for comment.

In the other California case, plaintiff Sylvester Owino was paid $1 a day to clean CoreCivic’s Otay Mesa Detention Center on and off in his nearly 10-year long detention between 2005 and 2015, according to court documents. A lawyer in that case could not comment due to ongoing litigation.

An immigrant who worked for $1/day while detained at Adelanto Detention Facility between 2012 and 2015 is now suing GEO Group, the private contractor who runs the facility
John Moore—Getty Images

Immigrants who participated in the work programs at multiple CoreCivic and GEO Group locations describe long hours and abusive behavior by officers running the center, according to court documents. Hancock, who was part of a team of lawyers who conducted interviews with former detainees during its case against CoreCivic, says that many people accepted the dismal $1 per day wage because they wanted access to basic resources, like additional food or phone calls.

“It allows you to buy ramen noodles at the canteen to supplement what is otherwise a pretty dreary diet,” Hancock says. “It can allow you to make phone calls…Even though it’s a pittance, it’s something that allows you to sort of supplement what you’re getting from the detention facility, which isn’t much and can really improve your quality of life.”

Read more: The ‘Abolish ICE’ Movement Is Growing. Here’s Why the U.S. Immigration and Customs Enforcement Agency Was Created

Orlando Zavalza Marquez, a plaintiff in the Washington case, testified that a GEO Group officer forced him to work a shift in the Northwest ICE Processing Center’s kitchen, helping to feed between 1,000 to 1,500 detainees, even when he was feeling sick. Marquez testified that he quit his kitchen job and filed a complaint with ICE that went unanswered. He later went back working in the kitchen, “because I ran out of money, I was hungry, and I needed some more food,” Marquez said in court.

Adam Berger, a lawyer representing the Washington plaintiffs in the class action, says he hopes the decision in the Washington case sheds light broadly on business models that exploit immigrant and other labor. “This is a significant decision with respect to these privately run, privately owned immigration detention facilities,” he tells TIME. “It’s also symptomatic of a larger issue in our country…This is an extreme example of that [exploitative behavior], but it’s something that unfortunately, is far too common throughout our economy.”

GEO Group in the crosshairs

GEO Group runs 54 detention facilities across the country, at least nine of which are immigrant detention centers run through a contract with Immigration and Customs Enforcement (ICE). The ICE contract requires GEO Group to run a Voluntary Worker Program, but stipulates that the company must comply with all federal, state and local labor laws and regulations, according to court documents.

GEO Group has temporarily suspended its Voluntary Work Program at Northwest ICE Processing Center in Washington state while it appeals the district court’s decision, according to court documents.

“GEO strongly disagrees with the verdict and judgments in the retrial of the lawsuits,” the company said in a public statement, noting that this is the second time the Washington state cases have been tried. The first time ended in mistrial because the jury couldn’t reach an unanimous decision. “GEO intends to take all necessary steps to vigorously defend itself.”

A spokesperson for the company did not offer additional comments, referring TIME to the public statement.

The next step in the Washington class action case, Berger says, is to locate the 10,000 plaintiffs who qualify for backpay — a challenging task because of how much time has lapsed since the person was in detention and because many plaintiffs have likely been deported. If GEO appeals the court ruling, he adds, which it has indicated it will do, the payout will likely remain tied up in court even longer. 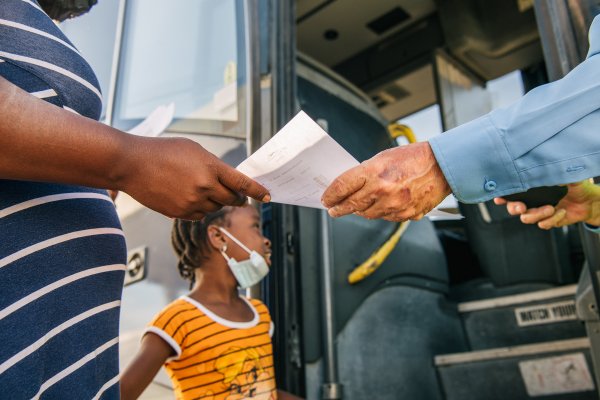 Rate of Successful Asylum Cases Shot Up
Next Up: Editor's Pick