The 'Abolish ICE' Movement Is Growing. Here's Why the U.S. Immigration and Customs Enforcement Agency Was Created

Demonstrators rally against Attorney General Jeff Sessions and the Trump administration's policies on immigration and the separation of children from their parents at the border in Los Angeles on Jun. 26, 2018.
Mike Nelson/EPA-EFE/REX—Shutterstock
By Olivia B. Waxman

Amid a national debate over the Trump administration’s immigration policies, a movement to “Abolish ICE” — short for the U.S. Immigration and Customs Enforcement agency — is gaining national attention.

Though not everyone who takes aim at ICE wants exactly the same solution, the idea of major reforms has gotten traction in several places. Abolishing ICE is prominently featured on the platform championed by Alexandria Ocasio-Cortez, the 28-year-old newcomer who defeated 10-term incumbent Joe Crowley earlier this week in a New York Congressional primary, and Rep. Mark Pocan (D-WI) introduced a bill in the House that would abolish ICE earlier this week. On Wednesday the Texas Observer reported that at least 19 ICE special agents sent a letter to the Secretary of Homeland Security proposing that the agency be split up into separate units to handle separate tasks. Meanwhile, others are calling to change the agency if not fully abolish it; for example, New York’s Sen. Kirsten Gillibrand has argued there’s a need to “reimagine” ICE, which she framed as having evolved into a deportation force that needs a different mission.

The idea of getting rid of any government agency raises the question of why that agency was created, and what it’s intended to do. For ICE, the answer is complicated, as the agency’s creation 15 years ago came as part of a major government-wide effort to change how Washington dealt with a number of issues.

In 2003, the new agency was one of the nearly two dozen consolidated under the new umbrella of the Department of Homeland Security (DHS), which was the first new Cabinet-level department to be created in more than a decade and part of “the single-largest government reorganization since the creation of the Department of Defense.” The Immigration and Naturalization Service (INS) used to oversee the enforcement of legal immigration laws, and the restructuring divvied up those tasks among a few agencies; U.S. Customs and Border Protection monitors ports of entry, U.S. Citizenship and Immigration Services handles visas, and ICE manages detentions and the removal of people who have already been arrested for immigration violations.

The reorganization was the result of reflection on the part of Washington leaders in the wake of the terrorist attacks of September 11, 2001, which were “the biggest intelligence failure in the history of the republic,” as TIME put it in a June 17, 2002, cover story about the announcement. At the time, the article pointed out, “public confidence in the war on terrorism” was “waning,” and many in the George W. Bush administration felt that such a major change would not only make the country safer at a time of great fear, but also give a boost to citizens’ feelings that their government was doing something big to help.

“Thousands of trained killers are plotting to attack us, and this terrible knowledge requires us to act differently,” President Bush said, explaining on June 6, 2002, why a cabinet-level Department of Homeland Security was necessary.

But, though the reasoning for ICE’s establishment had to do with terrorism, the philosophy behind it also represented a change in the U.S. government’s view of immigrants, says María Cristina García, a professor of history at Cornell University.

As García explains, knowing which department handles the matter “reveals a great deal about how a society views immigration.” If immigration is an economic or work-force issue, it would make sense to place it under the oversight of departments that deal with those issues. Placing immigration in the national security sector, however, reveals a changed focus on the idea of potential safety threats represented by immigrants, asylum seekers and refugees.

That shift didn’t start with the attacks of 2001. Immigration had been mixed in with national-security issues during the Clinton administration, too, especially after the first World Trade Center bombing on Feb. 26, 1993. García points out that, in subsequent years, Congress passed the Illegal Immigration Reform and Immigration Responsibility Act (IIRAIRA), which, experts say, was designed to curtail immigration from Mexico, Central America and the Caribbean. Deportations increased after these 1996 policies ramped up security at the U.S.-Mexico border and the penalties for unauthorized entry into the U.S., but the rhetoric linking immigration and national security “really takes off after 9/11,” García says, and the establishment of ICE was part of that.

But some historians say that the effort to make Americans feel safer and help make the border-control system more efficient ended up creating other problems. One big issue is that some of the various agencies under the DHS umbrella had conflicting responsibilities — a problem that García says is linked to today’s calls to eliminate or revamp the agency.

“You have within the Department of Homeland Security agencies that have contradictory missions,” García says. “You have, on the one hand, an agency entrusted with preventing another terrorist attack, then you have agencies that deal with refugees and that requires a humanitarian [approach]. Refugee advocates, in particular, doubt that the U.S. can honor its humanitarian obligations if the inclination is to automatically assume that refugees and asylum seekers are potential terrorists.”

Whether ICE will get a makeover or not, lawmakers have already taken some action in response to critics. While national politicians debate the issue, some cities nationwide have tried to extract themselves from the complicated workings of the agency. For example, Williamson County, Texas, commissioner Terry Cook — whose county abolished their contracts with ICE to house detainees who are awaiting hearings — told the New York Times that the controversy over the ethics of working with the agency had become too big a distraction from day-to-day county business. “We did not need,” she said, “to be in the middle of this.” 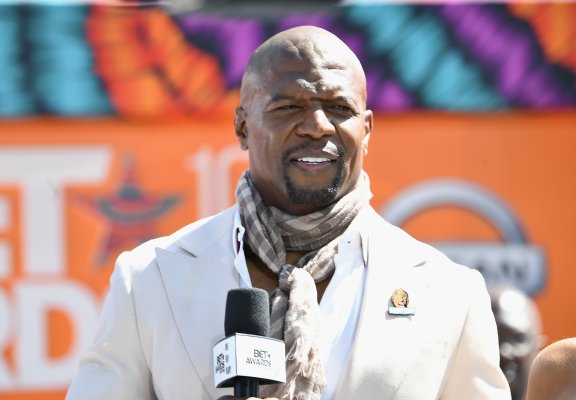 'This Happened to Me Too.' Terry Crews Details His Alleged Sexual Assault During Emotional Senate Testimony
Next Up: Editor's Pick