Private Prisons Lock Up Thousands Of Americans With Almost No Oversight

Getty Images/iStockphoto
Ideas
By Lauren-Brooke Eisen
Lauren-Brooke Eisen is the director of the Justice Program at the Brennan Center for Justice and author of Inside Private Prisons: An American Dilemma in the Age of Mass Incarceration.

America’s for-profit prison industry controls 126,000 Americans’ lives. It’s a $5 billion sector — one that encompasses the operation of 65% of the nation’s immigration detention beds. And at the same time, it is largely opaque, often unaccountable to the public or the government.

Donald Trump’s presidency has quickly been a boon to its business. Within months of taking office, Trump ramped up the private sector’s role in building more immigrant detention centers. In a one-paragraph memo, Attorney General Jeff Sessions reversed the Obama Administration’s policy to reduce the use of private prisons at the federal level. And just a few weeks ago, both the Administration and Immigration and Customs Enforcement (ICE) started a preliminary bidding process for contractors who have immigrant detention capacity in South Texas, Chicago, Detroit, St. Paul and Salt Lake City.

The private sector profiteering from punishment raises moral questions about the very existence of these centers. But the political reality is that private prisons aren’t going away any time soon. If that’s the case, then how can we reform them to improve life now for the thousands of prisoners behind their bars?

Aside from a handful of states where legislation extends public records disclosures to private corporations taking government money such as Connecticut, Florida, and South Carolina, private prisons are not covered by the same freedom of information and open records laws as are other government functions, making it difficult for the public to learn the most basic information about what life is like behind its doors. And even in those states, federal immigration detention centers are exempt from those state laws. This incentivizes cover-ups.

While there are abuses in public correctional facilities as well, a public prison has very little reason to hide its wrongdoings — no matter how horrible the scandal — because they very rarely lose a contract. The opposite is true for private prisons. In 2010, an Associated Press video revealed that prison guards at Idaho’s largest prison, an Idaho State Correctional Institution operated by CoreCivic, allegedly failed to halt an attack on a prisoner whose head was stomped several times, leaving him permanently disabled. CoreCivic — one of the two largest private prison firms in the nation — lost its contract, and the state of Idaho took control of the prison after a decade and a half of private operation.

Even attorneys can struggle to gain access. In the summer of 2015, for instance, two lawyers who represented clients at the immigrant detention centers in Texas — one operated by CoreCivic and one operated by GEO Group, the two largest private prison corporations — said they were barred from the facilities after they pointed out that officials forced detainees who they represented to sign documents without legal counsel.

Without this access, it is impossible to know what other injustices are being done in these detention centers.

Just last month, the Supreme Court effectively ruled against CoreCivic and GEO Group, which attempted to block Freedom of Information Act requests by government watchdog groups related to information about immigration detention. And on Capitol Hill, Texas Democratic Representative Sheila Jackson Lee has introduced the Private Prison Information Act over six times in Congress, with the aim of making private correctional facilities subject to FOIA requests. Unfortunately, each bill has died in committee. Most recently, U.S. Reps. Adam Smith and Pramila Jayapal introduced the Dignity for Detained Immigrants Act that would establish enforceable standards for immigration detention centers, including allowing the detainees to be able to file complaints about their conditions of confinement. But given current Congressional priorities, it’s hard to see what progress we can see from this bill.

Given the current political environment, how can we hold these corporations’ feet to the fire more than we are doing today?

To start, state and the federal governments ought to require outside monitors to pop-in unannounced at private prisons. Far too often, when I asked departments of corrections how they monitored private prisons, they told me that government prison monitors would call ahead and tell the private facility what day they would be there. Changing this alone could provide the oversight we ought to demand of these facilities.

Government should also write into contracts with private prison corporations that the media ought to have more access to these taxpayer-funded facilities. Members of the press should be able to speak to inmates and take tours. This allows journalists to see what conditions of confinement are inside these facilities and how individuals are being treated. Writing about what they see can encourage policymakers to make changes to prisons. This is perhaps even more critical when it comes to private immigration detention centers. Given the current political climate surrounding immigration enforcement and that this is a population that is civilly detained — often involving families living together behind bars without the proper services and legal assistance — this is an increasingly critical matter.

State and federal governments also need to ensure that the fines levied against private prison corporations are high enough that the industry finds it cheaper to comply with a contract than to pay for noncompliance. For example, a few days after I visited a CoreCivic owned and operated prison in New Mexico, the state’s corrections chief sent the warden of the private prison a letter fining CoreCivic $24,000 for extended vacancies of correctional officers, security supervisors and non-custody staff — not to mention keeping several inmates beyond their release dates. The problem is, this is still cheaper for CoreCivic than hiring all the necessary officers. Frequently, the private prison companies find it less expensive to break the rules than pay government fines.

And private prison corporations should have to abide by the same disclosure requirements as government-run prisons and detention centers. This can be done through passing state or federal legislation; through litigation, which resulted in changes to disclosure requirements in Tennessee and Texas; or through writing this into every state or federal government contract with a private prison.

These recommendations merely provide a starting point for how both state and federal governments can make the industry more transparent and accountable to the public. Implementing these recommendations will start to shed light on what happens to tens of thousands of Americans inside these institutions. Government prisons and detention centers in America are already a black box, therefore it is imperative that we don’t contract with the private sector to hide the inner workings of what goes on behind bars even more. 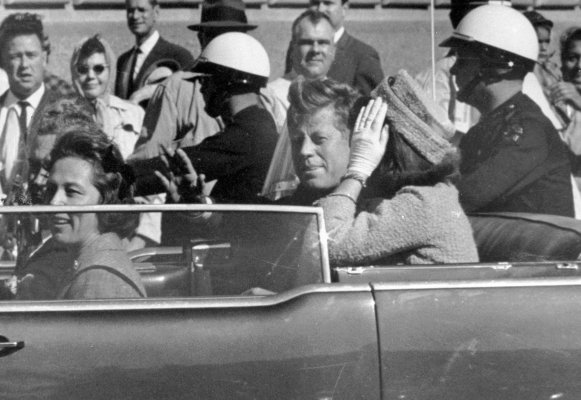