Yahoo and LinkedIn Are Ditching China. Here's Why Most U.S. Businesses Are Staying Put

A smart phone shows the home page of Yahoo when accessed inside China in Beijing, China, Tuesday, Nov. 2, 2021. Yahoo Inc. on Tuesday said it plans to pull out of China, citing an "increasingly challenging business and legal environment."
Ng Han Guan—AP Photo
By Amy Gunia

Yahoo and LinkedIn are the latest U.S. companies to throw in the towel amid China’s sweeping crackdown on private enterprise—with both announcing they are ending their services in the world’s most populous country.

But even as many experts say Beijing is presenting an increasingly hostile business environment for U.S. firms, the vast majority say they have no intention of leaving. Still, the latest exits raise questions about the future of U.S. business in China.

“In recognition of the increasingly challenging business and legal environment in China, Yahoo’s suite of services will no longer be accessible from mainland China as of November 1,” the company said in a statement.

The news follows Microsoft-owned LinkedIn’s announcement in mid-October that it would close in China later this year, but open separate China-only job board. The Chinese version of the wildly popular online game Fortnite, “Fortress Night,” developed by Epic Games, will also shut down on Nov. 15.

Experts say that increasing geopolitical tensions between the U.S. and China, China’s tough “zero-COVID “policies that severely limit travel into the country, and rapidly shifting regulations on private enterprise have some corporations wondering if it’s too difficult to operate in China.

Here’s what to know about why some U.S. companies have wound down operations in China, and what’s to come for those still doing business there.

Why are companies leaving China?

It has become increasingly clear that China has become a hostile environment for U.S. businesses, particularly in the technology sector, says Eswar Prasad, a professor of economics and trade policy at Cornell University and the former head of the International Monetary Fund’s China Division.

“While China represents a fast-growing and lucrative market, the cost-benefit calculus has become unfavorable for American businesses operating in sectors that Beijing is cracking down on and asserting more direct control over,” he says.

Professor Steve Tsang, director of SOAS China Institute at the University of London, says that he doesn’t believe that businesses are pulling out of China as a matter of principle—but rather making business calculations.

The Chinese government launched a crackdown on its tech companies about a year ago, which began when it torpedoed the planned record $37 billion public listing of Alibaba’s fintech arm, Ant Group. The sweeping regulatory crackdown has since broadened to gaming, entertainment and private education. In September, Beijing announced that people under the age of 18 could only play online video games for a maximum of three hours each week, at designated times. The South China Morning Post reported in early September that China’s regulators had also slowed approvals of new online games.

Read More: Here’s What the Crackdown on China’s Big Tech Firms Is Really About

Although Chinese tech giant Tencent, which operates Fortnite in China, didn’t give a reason for the shutdown, Daniel Ahmad, a senior analyst at Niko Partners who covers the video games market in China and Asia, tweeted that the game was “never officially launched” by Beijing and was still pending regulatory approval.

LinkedIn said in an Oct. 14 blog post that it had faced a “significantly more challenging operating environment and greater compliance requirements.”

“Given this, we’ve made the decision to sunset the current localized version of LinkedIn, which is how people in China access LinkedIn’s global social media platform, later this year,” said the blog post.

The career networking site faced recent scrutiny for reportedly blocked the profiles of several U.S. journalists from the company’s China-based platform in September.

Yahoo’s withdrawal coincided with the Nov. 1 implementation of a strict privacy law that will curb data collection by tech companies—part of the broader crackdown by Beijing on big tech.

Will other U.S. companies leave China?

Still, the recent news may not signal an imminent flight of U.S. businesses from China, which is the world’s second largest economy and its most populous country.

A survey released in September by the American Chamber Commerce in Shanghai (AmCham Shanghai) found that of 338 respondents, almost 78% said they were optimistic or slightly optimistic about the five-year business outlook. More than 70% of respondents said they had no plans to move their supply chains out of China in the next three years.

But Ker Gibbs, president of the AmCham Shanghai said that regulatory changes enacted after the survey closed had “unsettled” companies. “To continue attracting U.S. businesses and investment, China must endeavor to create a stable business environment,” he said.

But industries outside of tech and gaming may actually be growing their China operations. Many financial institutions appear to be doubling down on their China interests. In August, BlackRock, the world’s largest asset manager, got approval from regulators to start a mutual-fund business in China. Banks like J.P. Morgan and Goldman Sachs have in recent years won approval to set up majority- or 100%-owned securities ventures—which normally house businesses including investment banking, equities and research—in the country.

Prasad, of Cornell, says that although China is still striving to convey the image of being welcoming to American businesses in some sectors, especially financial services, “the reality is that such businesses are facing harsher conditions on the ground, with tightening constraints of various sorts on their operations in China.”

Tsang, of SOAS, says that if the business environment continues to deteriorate, more companies are likely to leave. “But we are some way from the point when most U.S. companies see no future for them in China,” he says. 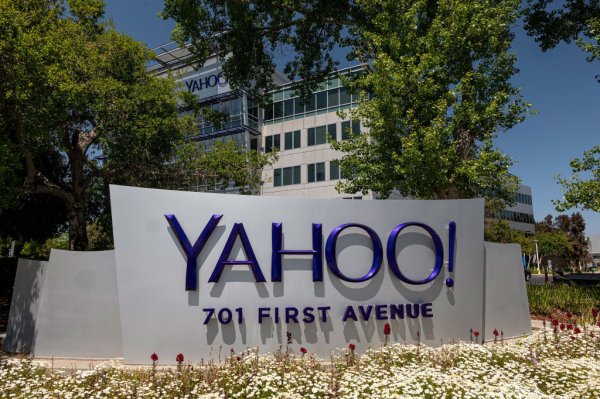 Yahoo to Pull out of China Amid 'Challenging' Environment
Next Up: Editor's Pick