The Future of Crypto Is Bright, But Governments Must Help Manage the Risks

A woman visits a store that accepts bitcoins in El Zonte, La Libertad, El Salvador, on Sept. 4, 2021.
Marvin Recinos/AFP/Getty Images
Ideas
By Eswar Prasad
Eswar Prasad is the author of the book, The Future of Money: How the Digital Revolution is Transforming Currencies and Finance. He is also a professor at Cornell University and a senior fellow at the Brookings Institution.

Bitcoin seemed to be on a roll. El Salvador in early September declared the cryptocurrency to be legal tender, allowing it to be used for payments. There is talk of Bitcoin becoming a medium of exchange in Afghanistan, enabling financial transactions in a society where the issuance of conventional money has broken down. The cryptocurrency is even entering mainstream finance with this week’s introduction of a Bitcoin exchange traded fund on the New York Stock Exchange, allowing U.S. investors to speculate on Bitcoin prices without actually owning it. And of course early investors in Bitcoin have minted fortunes.

Amid all this hype, financial regulators in Washington have started to express increasing concerns about Bitcoin and other cryptocurrencies. Then last month, China brought down the hammer—banning all cryptocurrencies.

As Bitcoin continues to elicit both enthusiastic and fearful responses, does the cryptocurrency have a future? The answer is complicated. Bitcoin will hardly topple the dollar or other major central bank-issued currencies, but its technology will change how we conduct payments, banking and other financial transactions. These changes will bring many benefits although there are significant downsides as well. Governments will have to play a key role in getting this balance right.

Bitcoin’s main attraction was that it would enable users to conduct financial transactions using only their digital identities, and to complete those transactions without using fiat currency issued by a national central bank or relying on a trusted intermediary such as a commercial bank or credit card provider. The technology that enables this feat, called blockchain, is truly innovative. All transaction information and Bitcoin digital account balances are recorded on public digital ledgers, visible to anyone with an internet connection, that are maintained on multiple computers worldwide. Remarkably, it is this extreme transparency that makes the blockchain secure and tamper-proof.

Read more: El Salvador Is Betting on Bitcoin to Rebrand the Country — and Strengthen the President’s Grip

For all its technological razzle dazzle, however, Bitcoin suffers from fundamental weaknesses that stand in its way of becoming a viable medium of exchange for financial transactions.

Bitcoin transactions are slow and expensive, and its network cannot process large transaction volumes. A bigger problem for an aspiring medium of exchange is unstable value. Bitcoin’s wild price fluctuations, from month to month and even from day to day, make it unreliable for day-to-day transactions.

In its early days, Bitcoin acquired an unsavory reputation for facilitating illicit commerce. It has been used recently by hackers who demanded ransomware payments in bitcoins but criminals have mostly moved on to other cryptocurrencies that offer stronger anonymity than Bitcoin. Still, governments look askance at all such cryptocurrencies for fear that they can facilitate illegal activities such as money laundering, drug trafficking and terrorism financing.

That is not all. Because there is no centralized authority that manages Bitcoin, transactions cannot be reversed and mistakes cannot be rectified. Bitcoin balances that are stored in digital wallets can be lost forever if users forget or misplace their passwords. Moreover, the process by which transactions on the Bitcoin blockchain are validated requires enormous computing power and energy, with terrible environmental consequences.

Oddly, even while it has largely failed in its original purpose of facilitating transactions, Bitcoin has become a financial asset. Many investors seem to believe that it is a secure investment because of its scarcity. Unlike fiat currencies such as the dollar that can be printed at will by central banks, the computer algorithm that manages Bitcoin limits its total issuance to 21 million bitcoins (about 18.5 million have been created so far). To base the value of an asset, which has no intrinsic use, just on scarcity seems a dubious proposition. But that has not stopped investors from pouring money in, creating a massive speculative bubble. The total market value of all cryptocurrencies is now a stunning $2 trillion.

For all Bitcoin’s flaws, the blockchain technology itself is maturing. Some new cryptocurrencies, called stablecoins, have better potential to serve as mediums of exchange. They have stable value because they are backed by stores of fiat currencies. With this modification, the technology has the potential to make low-cost digital payments widely accessible. Many low-income households, including in the U.S. lack access to digital payments because they do not have a credit card or bank account. International payments, which are beset by even more impediments, could also be made cheaper, quicker, and easier to track. These changes will be a boon to consumers, businesses, as well as exporters and importers.

Read more: Inside the World of Black Bitcoin, Where Crypto Is About Making More Than Just Money

Blockchain-based finance, which sidesteps conventional financial institutions, is viewed by proponents as a way to democratize finance, enabling broader and easier access to a wide array of financial products and services. For instance, variants of the original technology are making it easier to connect savers and borrowers directly, bypassing banks. The prospect of easy access to digital payments and basic banking products for savings and credit is one that could be beneficial not just in developing countries but even in a rich country like the U.S., where about 5% of the adult population is cut out of the formal financial system.

But technology cannot solve all problems and even creates new ones. Financial regulators face particular challenges in updating rules to cover cryptocurrencies and related financial products that often fall between the regulatory cracks. Investor protection is a serious concern as naïve, retail investors might end up taking on more risk than they realize when they get dazzled by the promise of a quick pathway to riches from the new technologies.

Facebook plans to issue its own stablecoin, raising questions about privacy and how such corporations will exploit users’ data and, perhaps one day, their power to issue their own currencies that directly compete with fiat money. Here, too, the government has to play a role in setting up guardrails for the use of consumer data and to avoid the use of such unregulated cryptocurrencies for illicit commerce.

Finally, there is the unsettling prospect that, rather than the new technologies leading to a more equal society, inequities in digital access and financial literacy could end up worsening socioeconomic disparities. The proliferation of digital finance could disenfranchise households that lack reliable digital connectivity. Moreover, the risks embedded in crypto assets might end up largely falling in the laps of uneducated investors who get swept up at the tail end of speculative frenzies.

The future promised by the technological revolution Bitcoin has spawned is a bright one. While embracing the transformative potential of blockchain technology to benefit their citizens, governments will still have to play an active role in managing the technological, financial and social risks. 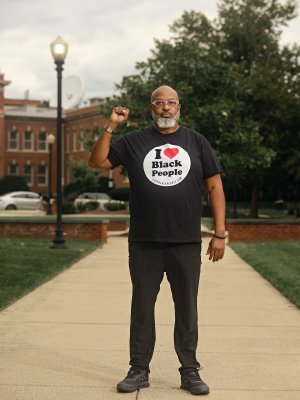 Bitcoin's Risk and Reward for Black Investors
Next Up: Editor's Pick