Every event is one thing and a thousand things—one thing as you’re living it, and a thousand things as, in the years afterward, you remember it. If Joanna Hogg’s 2019 film The Souvenir is the thing, The Souvenir Part II speaks of the thousand things that come after, the kaleidoscope mosaic of broken bits we call memory. In The Souvenir, naïve aspiring filmmaker Julie (Honor Swinton Byrne), living in London but hailing from a genteel family in the countryside, falls in love with Anthony (Tom Burke), an older, rakish charmer who claims to work for the Foreign Office, and he possibly may. But his real job is being a secret junkie, deceiving Julie and even stealing from her, only to leave her bereft when he dies from an overdose. The Souvenir Part II shows us what Julie does, and who she becomes, after that loss—it’s about the thousand things that will shape her, and keep shaping her, even beyond the movie’s last frame. Memory isn’t a thing we hang onto; it’s the thing we become.

The Souvenir Part II is both a sequel and a beginning. Both films are set in the 1980s and are, as Hogg has said in interviews, semi-autobiographical, inspired by a relationship she had as a young woman. But The Souvenir Part II, both more universal and more intimate, unlocks the earlier picture. Though beautifully made and acted, The Souvenir had the sad, chilly pallor of a centuries-old miniature portrait, a bit of the past you could hold in your hand and yet never fully grasp. The Souvenir Part II puts the earlier film in a bigger, more detailed frame, rushing in with swirls of context, color and perspective. It’s also a film about youthful eagerness, about the desire to be someone, to make something, to put a mark on the world that says, I am here. And that, it seems, isn’t something that changes with the shift of generations.

We get a sense of Julie’s ambitions early on in the film, though they’re so entwined with her grief that the two fuse, like the dual heads of Janus. Immediately following Anthony’s death, she has retreated to her parents’ home, a tasteful mini-manor of mossy patterned wallpaper, cushiony sheet-draped couches, and tail-wagging spaniels. Her mother (once again played, wonderfully, by Tilda Swinton, Byrne’s mother in real life) tries to soothe her through her mourning, a fluttering, protective warmth lurking beneath her aristocratic coolness. Her father (James Spencer Ashworth, also terrific) is a practical and somewhat distracted country dad who’s trying, not always successfully, to understand what his daughter is up to. These two try to keep Julie in the parental cocoon, but she really wants to get back to school, back to the process of starting her life. In London, she visits the set of a director friend, Patrick (a marvelously flamboyant Richard Ayoade, also returning from the first film), who’s so preoccupied with his own flailing project that he waves her grief away. He was Anthony’s friend, too, and he has no answers for Julie, but he does toss her a prompt: “Make a memorial for him.”

The rest of The Souvenir Part II shows how Julie’s tentative, unformed ideas become her graduate film, a movie version of the story told in The Souvenir, this time peopled not with herself and her dead beloved, but with actors—she’s hoping, it seems, not to capture the truth but to finally see it, like a revelation cast upon the wall by shadow puppets. As she directs her performers, she revisits her relationship with Anthony and strives to make sense of it, at one point stammering to explain the inexplicable to the fellow student, Garance (Ariane Labed), she has cast as some version of herself. Garance has some questions about motivation: why is her character behaving this way, and not that way? Julie tries to explain, faltering, until the answer comes staggering out in a whisper: “Because that’s not how it happened.”

We never see the film-within-a-film that Julie makes, though we get something perhaps better, a reel of memories rendered in dream imagery a la Jean Cocteau. Yet the real film, the unseen one, is what allows Julie to re-enter the world after her grief, stronger than before: She learns to speak authoritatively to her crew, even when the director of photography pushes back at what he sees as her disorganization. She flirts, tentatively, with her sweet, supportive editor (Joe Alwyn), asking him back to her flat; he rejects her, gently, by telling her he must get home to make supper for his boyfriend. (“He hasn’t been very well for a while now,” he says, a murmur of an explanation that reflects the mood of the early days of the AIDS crisis, a terrifying reality that hit everyone in the arts, directly or otherwise.) Earlier, she’d indulged in a one-night stand with a scampish actor (Charlie Heaton)—the assignation occasions one of the greatest post-sex sight gags ever put to film.

The Souvenir Part II is a more buoyant, funnier film than its predecessor. Hogg had originally intended to make both movies at the same time, and though that plan didn’t work out, it hardly matters. If The Souvenir is a gasp, The Souvenir Part II is a sigh—they’re both part of the same breath. As Julie, Byrne seems to glide from that film to this: she’s an extraordinary, affectless performer, her face instinctively turning to the light like a sunflower. There’s a moment in The Souvenir Part II that refracts a flash of the intense pain Julie felt during her affair with Anthony—here, Byrne’s face, raw with confusion, is almost unbearable to look at. But by the movie’s final moments, a coda showing what is presumably Julie’s thirtieth birthday party, all of that suffering has been absorbed and subsumed into radiance. Julie’s casual openness to the world is right there to see, on Byrne’s face.

Hogg and Byrne have given us a benevolent movie about the self-absorption of the young; perhaps jolting ourselves out of self-absorption is one way we stumble toward generosity. What will The Souvenir Part II look like to people who are now in their twenties, roughly the age Julie is in the film—as opposed to those, like me, who are Hogg’s contemporaries? I get the sense that many young people just think of the 1980s as an era of bad perms, big shoulder pads and John Hughes movies. But Hogg—along with her costume designer, Grace Snell—captures something about the era I haven’t seen in any other film, the ragged beauty of just getting by while trying to make something happen, in a world where the Internet had not yet intruded with its pretense of connecting us. She gets the look and feel of young people of the time, people striving to do new things, but also just figuring out how to live. Julie comes from money, so her clothes are more elegant than the stuff most of us made do with, but they vibrate with the same spirit: men’s jackets from the thrift-store racks, sleeves rolled up to expose the lining; pointed leather flats that you wore to death; big shirts under high-button vests. You had to be as cool as you could be on what you could afford, which usually wasn’t much.

I thought about this as I left the film and walked to the subway, still lost in the movie’s spell but fully composed—until I wasn’t. I burst into tears over the way things were in the ‘80s and are no longer, but also for the way Hogg had captured the rocky exuberance of just being that age, and the intensity of the things we wanted. What had it been like, to feel such anticipation mixed with uncertainty, all jumbled up with being absolutely miserable? The Souvenir Part II brought it all back. A thousand things. One movie. 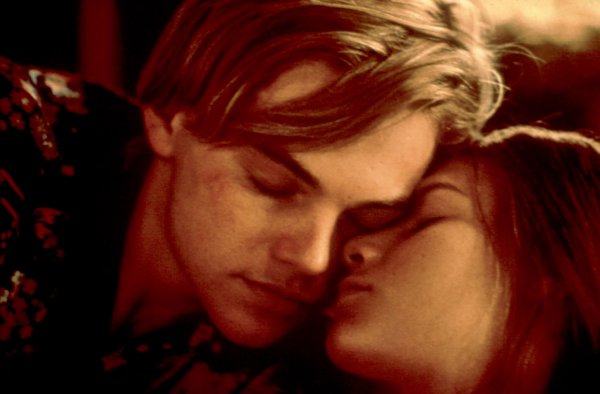 I Panned Romeo + Juliet in 1996. Now I Think It's One of the Best Shakespeare Adaptations
Next Up: Editor's Pick