Alongside our thirst for fossil fuels, humans’ destruction of nature has triggered the climate and ecological crises that now threaten our life on this planet. A major goal for delegates at COP26 is to improve humans’ relationship with nature: to restore forests and wetlands to absorb more carbon; slow the loss of animal and insect species that are vital to our food systems; and protect the rivers and springs we rely on for water.

Elisa Loncon Antileo is leading an attempt to rebalance that relationship and transform humanity’s approach to the natural world in her country of Chile. In July, she was elected president of the 155-seat constitutional convention that the South American nation launched to rewrite its dictatorship-era constitution. The process began after 2019 protests against the country’s market-focused economic model, which critics say drives both inequality and an unsustainable exploitation of natural resources.

Chile is rewriting its constitution, and Loncon wants the new document to reflect Indigenous thinking on how to coexist with the natural world
Jutta Ulmer—Mauritius Images GmbH/Alamy

Loncon, a language and literature professor from Santiago, is part of Chile’s Mapuche community and occupies one of 17 convention seats reserved for Indigenous people, and one of her priorities is to bring Indigenous thinking on the environment to the constitution. “There’s a development model that’s based on seeing nature as a resource for humans—especially men—to exploit and dominate,” she says. “But Indigenous people have always had the philosophy that humans are interdependent with nature and must conserve nature as a mother.”

Read More: Chileans Are About to Vote on Rewriting Their Whole Constitution. Will It Turn a ‘Social Explosion’ Into a New Plan for the Country?

Perhaps the most urgent environmental question for Chile’s constitution is about who gets access to water resources. The country has suffered a punishing decade-long drought, and the privatization of water rights since the 1980s, under the current constitution, has allowed businesses to alter the course of river basins and pump water out of the land for mining projects, leaving large regions dry.

Loncon grew up in a community of subsistence farmers in the province of Araucanía and recalls cultivating the land and going to get native fruits—such as dark purple maqui berries and small banana-like chupones—from a nearby mountain. Now, thanks to the diversion of water to industrial eucalyptus and pine farms, she says it’s much harder to find those fruits, or to live that kind of life. And as climate change continues to exacerbate dry seasons, it’s only bound to get worse.

Loncon says the world can learn from the inclusion of Indigenous voices in Chile’s constitutional project as it accelerates efforts to deal with climate change. “We’re pushing the rights of Mother Earth into the conversation. From my point of view, it’s an opportunity for Chile and the world in general to adopt values from Indigenous thinking.” 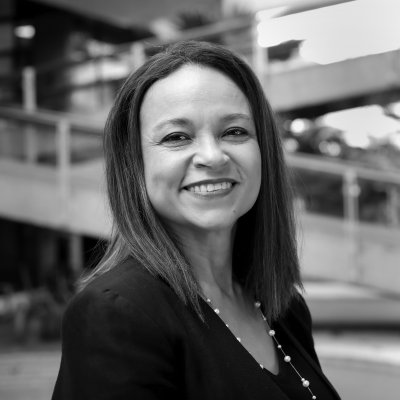 There’s Still One Part of the Paris Agreement That Hasn’t Been Finalized. She Wants to Change That
Next Up: Editor's Pick