A man works on the equipment for surface mount technology (SMT) at the assembly plant of Lenovo and Motorola phones in Wuhan in central China's Hubei province on Friday, Aug. 20, 2021.
Feature China/Barcroft Media via Getty Images
By Bloomberg

Chinese President Xi Jinping pledged to support development of key technologies while strengthening regulation of the country’s tech giants as part of his strategy to expand the digital economy.

The country needs to boost innovation in core technologies and step up research capabilities to achieve self-sufficiency as soon as possible, Xinhua reported, citing comments made by Xi at a Monday meeting of Communist Party officials. He also called for an acceleration in the development of high-speed, secure smart infrastructure that can connect all aspects of the online economy as well as for breakthroughs in key software technologies.

“In recent years, the internet, big data, cloud computing, artificial intelligence, blockchain and other technologies have accelerated their innovation and are increasingly integrated into the entire economy and society,” Xi said. China needs make its digital economy stronger and better, so as to align the once-in-a-century transformation with the national priority of rejuvenating the country, he added.

China has identified the digital economy as a key driver for growth over the next few decades and made achieving tech self-sufficiency a top national priority. To support that growth, Beijing has doubled down on funding for strategically important industries such as semiconductors and AI, while rolling out new legislation covering everything from data security to fair competition as part of efforts to bring the country’s once free-wheeling internet giants in-line with the national agenda.

During the meeting, Xi called for greater integration of traditional industries and the digital economy, which covers everything from big data and artificial intelligence to cloud computing and blockchain. China must cultivate a group of “specialized and innovative” enterprises and manufacturing champions in order to achieve technological breakthroughs and ensure the competitiveness of the country’s industrial supply chain, he added.

The rapid growth of the digital economy also entails better supervision, Xi said, vowing to “correct” practices that harm the public interests and hinder fair competition. The rights of employees and customers of online platforms must be protected while oversight of the taxation regime should also be strengthened, he added.

China’s wide-ranging crackdown has covered much of the vast digital industry, including e-commerce, after-school education and online gaming. Beijing is moving to ensure the country’s sharing-economy behemoths improve the welfare of the millions of low-wage workers they depend on to drive growth. Already, regulators have fined Alibaba Group Holding Ltd. and Meituan billions for antitrust violations, while ride-hailing leader Didi Global Inc. is currently undergoing a cybersecurity probe following its U.S. listing.

Fintech has also been an area of focus, after regulators called a halt to Ant Group Co.’s initial public offering nearly a year ago and rolled out new rules that require fintech arms of tech giants to face tighter supervision similar to traditional banks.

China Banking and Insurance Regulatory Commission Chairman Guo Shuqing on Tuesday reiterated a pledge to implement strict regulations and break up monopolies in order to promote the healthy development of the financial sector. China will have “zero tolerance” for illegal financial activities, Guo said in an interview with state broadcaster CCTV.

—With assistance from Yujing Liu 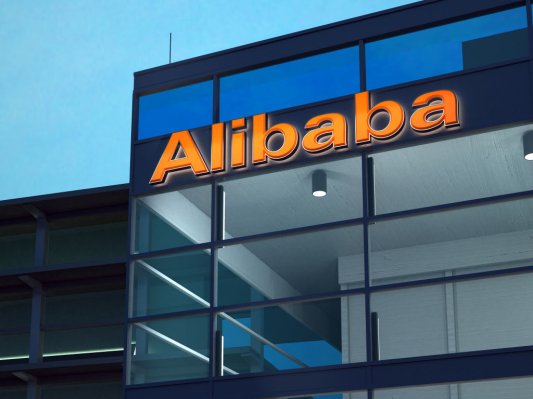 Alibaba Just Unveiled One of China’s Most Advanced Chips
Next Up: Editor's Pick