Here's What to Know About China's Sweeping Tech Crackdown—and Why It Could Make U.S. Big Tech Regulation More Likely

Pedestrians use their smartphones by the street in Beijing, China on July 16, 2021.
Yan Cong–Bloomberg/Getty Images
By Billy Perrigo

In the latest sign that the unfettered growth enjoyed by China’s tech giants is coming to an end, Beijing has unveiled a raft of new regulations that reasserts the ruling Chinese Communist Party’s authority over every aspect of its citizens’ digital lives.

Among the new regulations: a law that reduces the amount of time that children and teens are allowed to spend playing video games to just three hours per week, and a directive banning online celebrity fan clubs.

The new rules are part of a broader crackdown by Beijing against domestic tech tech titans like Tencent and Alibaba. “The story of Chinese tech companies over the last 15 years is, they grew quickly and became innovative because they existed in this space that the state did not regulate and did not fundamentally understand,” says Adam Segal, the director of the digital and cyberspace policy program at the Council on Foreign Relations. “Now it has clearly laid down the marker and said: That era is over.”

Read more: How China Is Cracking Down on Its Once-Untouchable Tech Titans

Some of the new rules, like regulating social media algorithms and bringing in new privacy laws, bear similarities to proposals from progressive critics of Big Tech in the U.S.—at least on the surface.

The regulations are part of a global trend of states wresting power out of the arms of tech companies. China’s intervention, as the second-largest economy in the world, could set a new template for how authoritarian states deal with tech giants.

The new Chinese rules could also potentially make it harder for companies like Facebook and Google to fend off efforts by authorities in the U.S. and Europe to regulate them more heavily. “One of the arguments that we shouldn’t be going after Big Tech so strongly in the U.S. was that China has analog firms for every one of these companies, and they would be able to roll over U.S. companies because the government was supporting them,” says Scott Wallsten, president of the Technology Policy Institute, a D.C.-based think tank. “Well, overnight, that argument just went up in smoke.”

“China’s recent moves support the idea that the choice is not between regulation and no regulation,” says Segal. “The new question is: Who’s going to do the smartest regulation?”

Here’s a look at what the new Chinese tech regulations mean for China—and the attempts to rein in Big Tech around the world.

Limits on gaming and celebrity culture

Chinese regulators announced on Monday that they would reduce the number of hours that children under 18 would be allowed to play online video games to three hours per week—only Fridays and weekends, plus an extra hour on public holidays. The rules previously allowed children a maximum of 90 minutes gaming time per day, and double on holidays.

On Friday, the government also released a list of new rules banning online celebrity fan clubs. The rules say celebrities must not “induce fans to consume” and must prevent minors from engaging in online gatherings.

The crackdown on celebrity fan culture comes after authorities have criticized its “chaotic” presence, online—with reported incidents of fan groups doxxing and bullying members of other celebrity fan clubs, as well as flooding comments sections with coordinated spam.

The Chinese Communist Party said the regulations are meant to protect children and adolescents. “Teenagers are the future of our motherland,” the state news agency Xinhua quoted an unnamed official as saying. “Protecting the physical and mental health of minors is related to the people’s vital interests, and relates to the cultivation of the younger generation in the era of national rejuvenation.”

But according to some tech watchers outside China, the moves tie into anxieties within the Chinese government that the rapid growth of the technology sector has led to urban young people becoming distanced from the party and its ideology. “It’s part of a larger effort to rein in what the party sees as the excesses of Chinese internet culture and its negative impacts on society,” says Segal. “The party sees [gaming and celebrity culture] as a waste of time, and extreme addiction-like behavior. They want to see what they would consider as more moderate, more cultured, more productive behavior.”

Chinese celebrities are also increasingly seen as a risk by the CCP, just like gaming and large tech companies, says Xiaomeng Lu, the director of the Eurasia Group consultancy’s geo-technology practice. “If you are a delivery guy making below minimum wage and working 14 hours per day with barely any protections from your employer, and you are looking at celebrities making millions of dollars per day, what would you think?” she says. Lu believes such a visible imbalance risks fueling anti-government sentiment, and that the CCP saw it as a threat.

The Cyberspace Administration of China (CAC) released a draft copy of rules on Friday that would place limits on the artificial intelligence algorithms used by tech companies to rank content in social media feeds.

When they come into effect, these rules would be the first in any major country to force tech companies to change how they recommend and rank content, Segal says.

The E.U. has proposed a law that would force companies like Facebook and YouTube to be transparent about how their algorithms work, and allow lawmakers to demand they be changed. But it still faces years of legislative hurdles, which could include efforts to water it down, before it comes into force.

Both the Chinese and E.U. rules seek to return power from tech companies into the hands of the government. But while the E.U. regulations seek to safeguard individual rights, the Chinese rules are aimed at curbing the proliferation of what the CCP sees as pernicious “Western values.”

In the U.S. and Europe, much of the discussion around algorithmic transparency centers around the role of the platforms amplifying misinformation and disinformation and other online harms. In China, “it’s more to do with what they see as the extremes of Internet culture—live streams of people eating, and excesses like that,” Segal says. “They’re worried about national security, too.”

The rules could have huge ramifications for companies like ByteDance, the owner of TikTok and its Chinese equivalent Douyin, according to Lu. “The Chinese government had already developed a very sophisticated regime to target content in web pages or videos,” she says. “This is confirmation that the existing content regime will be extended to content promoted by artificial intelligence.”

TikTok has become the most-downloaded app in the world, driven by the strength of its content suggestion algorithm.

“If you’re doing business in China, get legal advice. They’re not playing around,” Omar Tene, the vice president of the International Association of Privacy Professionals, wrote on Twitter.

The law does not restrict the Chinese government accessing data on its own citizens, however.

PIPL may increase pressure on the U.S. to pass its own federal privacy law. “With PIPL, three of the world’s top four economies will have omnibus data privacy laws—EU, China and Japan,” Tene wrote on Twitter. “The U.S. still doesn’t.” 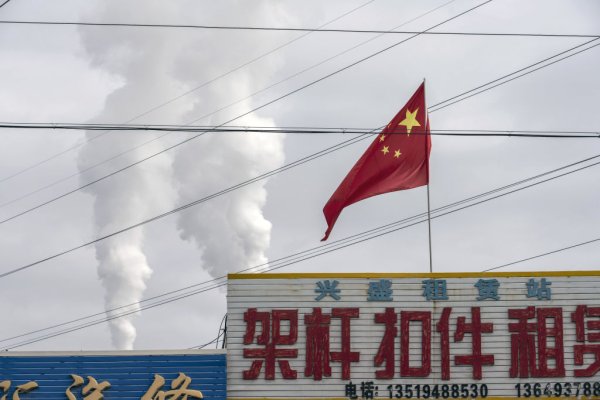