Washington Wants to Regulate Facebook's Algorithm. That Might Be Unconstitutional

Facebook whistleblower Frances Haugen urged Congress to “change the rules that Facebook plays by” and regulate the platform’s algorithm when she testified before the Senate on Oct. 5. By the end of that week, even Facebook itself had thrown support behind its algorithm being “held to account.”

Legislators have shown increasing interest in passing a bill that would hold Facebook more accountable for the content it amplifies using its algorithm. But legal experts are divided over whether such a change could survive a legal challenge on First Amendment grounds because of how it would alter the way speech is promoted on the platform.

“Any algorithmic regulation is probably going to have some First Amendment questions, if not problems,” says Gautam Hans, an expert on First Amendment law and technology policy at Vanderbilt Law School. “I think tech companies would feel fairly confident they have a good hand to play if they end up in court.”

Washington has long debated whether major social media companies like Facebook need to be broken up. But after Haugen’s testimony, which alleged that Facebook’s algorithm exacerbates body image issues for teens on Instagram and sent users to radicalized content ahead of the Jan. 6 attack on the Capitol, the conversation has shifted towards whether the government should regulate the engagement-driven algorithm at the core of the products. Taking aim at the algorithm instead of breaking up the company through antitrust law would be a novel approach that would almost certainly invite legal challenges.

“The courts have repeatedly said that restrictions on the distribution of speech are restrictions on speech themselves,” says Jeff Kosseff, associate professor of cybersecurity law at the United States Naval Academy. “Exactly how the courts would interpret that based on algorithms is hard to know.”

The main strategy for regulating the algorithm centers on Congress reforming Section 230, a part of the United States Communications Decency Act of 1996 that has been interpreted to mean social media networks and Internet services are not personally responsible for the content posted on their platforms—including illegal content and libel.

Momentum is growing behind reforming Section 230. Tim Wu, special assistant to the president for technology and competition policy, told TIME in a statement on Oct. 7 that President Joe Biden supports changes: “The President has been a strong supporter of fundamental reforms to achieve greater accountability for tech platforms,” Wu said. “That includes not only antitrust reforms, but also Section 230 reforms and privacy reforms, as well as more transparency.”

And even leadership within Facebook is open to the idea. “We need greater transparency,” Nick Clegg, vice president for global affairs and communications of Facebook, said on CNN’s “State of the Union” on Oct. 10. “[The algorithms] should be held to account, if necessary by regulation, so that people can match what our systems say they’re supposed to do and what actually happens.”

Read More: This Is the White House’s Plan to Take on Facebook

Roddy Lindsay, a former data scientist at Facebook who worked on the News Feed algorithm, says the key to successfully reforming Section 230 lies in making sure the change does not include any constraint to speech. Instead, it must remove the current protections social media companies enjoy around serving illegal content to their users. Removing that protection would mean that Facebook could be sued if its algorithm promotes any libelous speech or illegal content on a user’s News Feed. Then, Lindsay says, companies would likely drop their personalized, algorithmic amplification of certain content rather than risk promoting illegal posts. Instead, platforms like Facebook would have incentives to implement a non-algorithmic feed, such as something in chronological order or a system where users have more control over the content they see.

There’s some evidence that courts are becoming more sympathetic to regulating algorithms. Kai Falkenberg, First Deputy Commissioner of the New York City Mayor’s Office of Media and Entertainment and a lecturer at Columbia Law School, points to cases against tech companies that were recently dismissed by the 9th Circuit on the grounds of Section 230, and the court wrote that protections for tech companies have extended too far. “You’re starting to see judges saying, ‘If Congress is not willing to restrict the scope of Section 230, then we’re going to do it through the courts,’” Falkenberg says. As a result, Falkenberg says Congress may be able to pass a limited reform to Section 230 that withstands scrutiny “in the near future.”

But opponents to Section 230 reform can argue that these private companies and their users have rights, and the government should have no involvement in regulating speech nor decisions about distribution of speech. They base their case in the text of the First Amendment: “Congress shall make no law…abridging the freedom of speech.”

“I think there’s been a lot of paralysis with government regulating the algorithm because of the First Amendment,” says Joan Donovan, research director of the Shorenstein Center at Harvard Kennedy School. “We can expect what we’ve always gotten from [the tech] side, which is that they will argue that you cannot regulate the Internet.”

Hans, the First Amendment law expert, predicts any algorithmic regulation would face an uphill battle in the judiciary, given how courts have ruled overwhelmingly in favor of First Amendment arguments in recent years. He pointed to Supreme Court cases like 2010’s Citizens United v. FEC, which held that free speech prevented the government from restricting corporations from making political donations, and 2018’s Janus v. AFSCME, which held that public sector unions collecting fees from non-members violates the First Amendment. “The increasing skepticism of government regulation of commercial speech means it would be harder for some of the proposals to survive Constitutional scrutiny because of the trajectory of the decisions we’ve seen,” says Hans.

That’s why Hans says he would “not be surprised” if Congress passes a bill that gets shot down in a peremptory challenge in a federal court. “There’s no ban on Congress passing unconstitutional legislation,” he adds. “Just because it’s unconstitutional doesn’t mean they’re not going to try.” 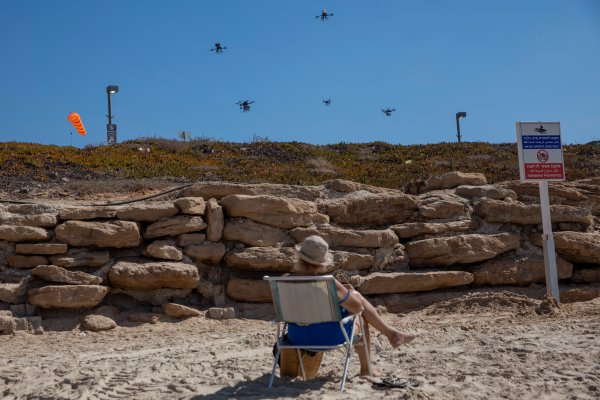