The NFL Will Survive Jon Gruden's Bigotry. But It Must Force Change

Jon Gruden of the Las Vegas Raiders walks on the field before a game against the Chicago Bears at Allegiant Stadium on October 10, 2021 in Las Vegas, Nevada. The Bears defeated the Raiders 20-9.
Getty Images—2021 Getty Images
By Sean Gregory

The NFL has a nightmare on its hands, thanks to bigoted missives from one if it most prominent (now former) coaches. It started on Friday, when the Wall Street Journal reported that then Las Vegas Raiders coach Gruden sent an email to former Washington Football Team president Bruce Allen that included a racist trope about NFL Players Association executive director DeMaurice Smith. Gruden apologized, insisted he wasn’t racist, and coached the Las Vegas Raiders to a 20-9 loss against the Chicago Bears on Sunday. He may have even held onto his job, until Monday’s revelation, from the New York Times, that in emails to Allen and in some cases other business executives between 2011 and early 2018—Gruden was an ESPN commentator during this time, before he took over the Raiders prior to the 2018 season—Gruden also used homophobic and misogynistic language. The Times reported that he called NFL commissioner Roger Goodell a homophobic slur and denounced female referees, a gay player (2014 St. Louis Rams draft pick Michael Sam), and players who called attention to social inequalities during the national anthem. Gruden resigned Monday night.

“It’s bad for the image of the game,” says Harry Edwards, emeritus professor of sociology of the University of California, Berkeley, and a former consultant for the San Francisco 49ers. But will the Gruden scandal threaten the core business of the NFL, which is still the richest major sports league in the U.S.? That outcome seems unlikely.

Throughout history, sports have suffered through embarrassing incidents of public bigotry, but continued to expand their reach—and revenues. Los Angeles Dodgers general manager Al Campanis, in an infamous 1987 Nightline interview, questioned the qualifications of Black people to hold jobs as managers and front office executives. He was fired two days later. In 1988, CBS football analyst Jimmy “The Greek” Snyder lost his job after making cringeworthy racist remarks about Black athletes. In 2011, Kobe Bryant was fined $100,000 for directing an anti-gay slur at a referee.

In 2014, Los Angeles Clippers owner Donald Sterling was caught on tape going off on a racist diatribe. NBA commissioner Adam Silver banned him from the league for life. Former Microsoft CEO Steve Ballmer bought the Clippers for $2 billion.

Over the past decade, the NFL has confronted various crises, like revelations about the effects of head trauma, the mishandling of the Ray Rice domestic violence investigation, and the row over Colin Kaepernick’s activism. In 2010, the NFL generated some $8.5 billion in revenue; by 2019, revenue nearly doubled to $16 billion before a pandemic-related drop to $12 billion in 2020. After Kaepernick’s demonstrations during the anthem, all sides dug in: there was a fraction of fans who swore off football because they felt Kaepernick was being unfairly blackballed. Another fraction, offended by the protests from Kaepernick and other players, also claimed to be done watching the NFL.

But in March this year, the NFL signed a $113 billion rights deal with media partners through 2033. “People love the game so much,” says Kenneth Shropshire, CEO of the Global Sports Institute at Arizona State University. “It continues to flourish.”

Gruden’s emails, however, do pose some business risk for the NFL, especially with a third subsection of NFL fans whom Edwards calls “that massive group in the middle.” These fans, says Edwards, “are simply wondering what the hell is going on. They are saying, ‘Wow, how widespread is this?’ Some of them go to games, some of them don’t. Most of them watch games. ‘How should I respond to it, as a responsible, humane, considerate individual?‘” Edwards, who played a pivotal role organizing the iconic Black Power salute at the 1968 Olympics, does not believe Gruden’s bigotry alone will turn off these fans in significant numbers. Further revelations, however, might. “If you have a succession of these exposés, then you’re going to begin to lose some of that big middle group,” says Edwards. “It could be catastrophic for the league.”

We’re still pretty far from that point. Anne Leiberman, director of policy and programs at LGTBQI+ advocacy organization Athlete Ally, doesn’t see boycotts as productive. “We have to understand what is realistic,” says Lieberman. “What can we do to get the outcome that we want, which is true, systemic change within an organization?” Lieberman hopes to see more inclusivity training and education for coaches.

Maybe some good can rise from this mess. Around 60% of NFL players are Black, but there are only three Black NFL coaches. Gruden has crudely reminded America about the NFL’s race problems. According to the NFL’s 2020 “Racial and Gender Report Card” from the Institute of Diversity and Ethics in Sport at the University of Central Florida, teams receive failing grades for their hiring of women as team presidents and senior administrators. Perhaps owners and executives will be more cognizant of these issues when they make hiring decisions. “This could be a tipping point in this whole equation because of this moment,” says Shropshire. “Let me do the things that illustrate that I am thinking about this new society that we’re in.”

One where Jon Gruden no longer has a place in the NFL. 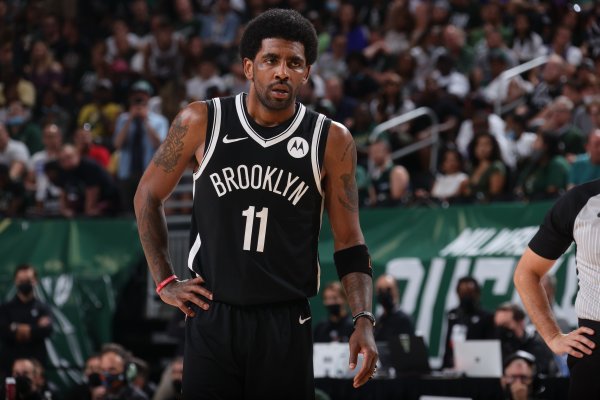