Kyrie Irving #11 of the Brooklyn Nets looks on during Round 2, Game 4 of the 2021 NBA Playoffs on June 13 2021 at the Fiserv Forum Center in Milwaukee, Wisconsin.
NBAE via Getty Images—2021 NBAE
By Sean Gregory

Brooklyn Nets star point guard Kyrie Irving has put Nike in an awkward position. And that’s not even referring to the time in July when he called the company’s design of the latest Kyrie 8 signature shoes “trash” on social media. (Irving subsequently walked those comments back.) Irving, one of the most dazzling players on the globe who every game seems to pull off some basketball magic trick heretofore never seen, has to this point hesitated to receive a COVID-19 vaccination, a position that has caused everyone from Kareem Abdul-Jabbar, New York City mayor Bill de Blasio, and Spain’s prime minister to oppose his stance. Under New York City law, Irving cannot compete in Brooklyn home games, or practice at the team’s facility, without at least one does of a COVID-19 vaccine.

(While Irving has not publicly confirmed he’s unvaccinated, he participated in Nets media day remotely on Sept. 27, and did not practice with the team in Brooklyn on Tuesday due to the city’s vaccination protocols.)

Nike, Irving’s biggest sponsor, plans to release the Kyrie 8s in November. Sales woulds benefit if he were actually playing, full time. The company—not to mention the NBA, his Nets teammates and fans—wants Irving to receive a vaccine; some 95% of NBA players are already vaccinated. TIME reached out to Nike for comment on the Irving situation.

Nike is chose to stay mum on the matter.

Read More: Brands Continue to Back Naomi Osaka, Showing An Evolution in How Sponsors Treat Athletes

We’re living in an age when consumers demand that companies take stands on important issues. Nike itself, for example, threw its full support behind Colin Kaepernick after his social justice protest effectively got him fired from the NFL. Supporting vaccines—and public health—would seem like a worthy cause for the company. Not to mention in its own self-interest. If Irving gets sick, his performance could suffer. If he spreads the disease, his reputation could take a serious hit.

So by staying silent on Irving, is Nike being hypocritical, or just carrying out a smart business strategy that protects a company that generated $44.5 billion in revenues in its most recent fiscal year?

It’s probably some combination of both.

Just this week, Nike announced that all U.S. office-based employees will need to be vaccinated. The company plans on calling its workers back to offices on January 10. So while Irving may not technically be a Nike employee, the company’s position could be interpreted as a double standard. “If Nike and other sponsors believe that vaccines are important and everyone should get them, they should say the same about their athletes,” says Ricardo Fort, former VP of global sports and entertainment partnerships at Coca-Cola who now has is own consulting firm. “I don’t see a reason for having two different approaches.”

From a strategic perspective, however, Nike has good reason to stay on the sidelines. First off, Irving may soon receive his shot: the Nets’ first game in Brooklyn is on October 24, and he only needs a first vaccination shot to be eligible to play. So Irving has some time to decide whether he’s willing to miss games.

And while some consumers may be upset about Kyrie’s stance, they’re not taking it out on Nike—at least not yet. So the company has little incentive to inject itself into the vaccine wars. “Look, their business is built on on selling sneakers and apparel,” says Scott Rosner, a sports consultant and academic director of Columbia University’s sports management program. “There’s a social justice component of what they do. But that’s not what drives their business and their growth.”

While the numbers would indicate that most consumers disagree with Irving’s stance—62% of Americans have received at least one vaccine dose, and 56% are fully vaccinated—that might not really matter. “From Nike’s perspective, athletes do have freedom of choice,” says Rosner, “and, at the end of the day, the bottom line is still the bottom line. Kyrie Irving sells a significant number of sneakers for Nike. That kind of thing, at least for the time being, allows them to take more of a hands off approach.”

If Irving ultimately decides to sit out his home games, Nike may have to craft some sort of response. But the timing of his decision—on the heels of the release of his latest Nike shoe—would likely prove more harmful to business than any kind of mass backlash. “Brand shaming and virtue signaling by advocacy groups of all types have become so commonplace as to have lost part of their power and influence,” says David Carter, founder of the Sports Business Group and adjunct professor at the University of Southern California’s Marshall School of Business.

Remember, when Nike threw its weight behind Kaepernick, loud calls for Nike boycotts followed. Instead, sales rose. “We can disagree with Irving’s misunderstanding of science,” says Rosner. “But does that make it rise to the level of a boycott, where there’s going to be a mass boycott against Kyries? I don’t think so.”

Irving is a complicated character. He’s done plenty of good, like committing $1.5 million to supplement the income of WNBA players who chose to sit out their 2020 season due COVID-19 concerns or to work on social justice issues. But he has also shared flat-earth theories, and last season broke NBA safety protocols by attending a family birthday party maskless. Now on the eve of the NBA’s 75th season, he’s created a vaccine controversy. “It’s a bad spot,” says longtime sports business professor Kenneth Shropshire, who leads Arizona State’s Global Sports Institute. “It’s hard for Nike to lay low. But I think that’s the best thing they can do.”

While hoping he just gets that jab. 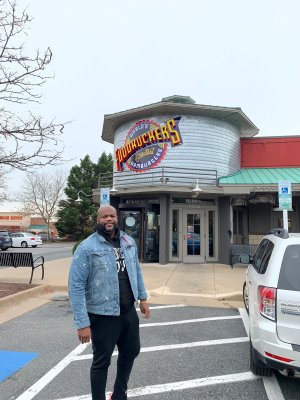 What Capitalism’s Would-Be Reformers Can Learn From a Burger Joint Magnate
Next Up: Editor's Pick