The Only Succession Recap You Need Before Season 3 Starts

It’s been a full two years—and a whole pandemic—since the last episode of Succession aired on HBO. Since then in the real world, we’ve watched billionaires cover up sex scandals, sulkily testify in front of congress, and launch rockets into space—but those plutocrats don’t ruin the world with quite as much style as the Roy family. On Oct. 17, season three picks up with the fallout from another Kendall Roy bombshell: instead of shouldering the blame for a major company scandal, he has once again turned on his father. Ahead of Succession‘s return, here’s a recap what’s happened on the show so far, and where all the major characters stand going into a new season of corporate warfare.

Can the term “hero’s journey” be used to describe someone so despicable? Kendall Roy has spent the first two seasons of Succession desperately clawing his way to the seat he believes belongs to him: CEO of Waystar Royco. Kendall is deeply insecure, suffers from a never-ending identity crisis and is constantly craving his father’s respect; he wants the top job because its importance has been drilled into the center of his value system his whole life.

In the first season, Kendall attempted to get there through a string of corporate maneuvers against his father: first through a vote of no confidence, and then via a hostile takeover. (Both efforts failed.) The stress of this conflict caused him to relapse into his drug addictions—which ended in the death of a waiter who drowned after Kendall drove them off the road and into a body of water.

Chastened and guilt-ridden, Kendall spent most of season two Zombie-walking under direct orders from his father, gutting the media outlet Vaulter and defending the family ferociously at a congressional hearing. (All the while, he was doing plenty of drugs and stealing batteries from bodegas just to feel something.)

But in the finale, Kendall finally snapped out of his stupor when his father announced that he needed to be the fall-guy for the company’s cruise crimes (A deeper explanation on that in a second). Instead of accepting the blame and the possible prison time, Kendall instead turned the tables, pinning the responsibility on his father in a press conference and calling him a “malignant presence, a bully and a liar” and pronouncing, “This is the day his reign ends.” He strode out of the room, with the document-carrying Greg and the ever-faithful Jess at his side, prepared to wage yet another all-out war against his father.

Despite the jaw-dropping power move, Kendall is still in a tough spot. He’s trying to put all the blame on his father while absolving himself, even though he was leading entertainment operations at the time of the creation of shadow logs. His father still has the ultimate trump card: the secret knowledge that Kendall killed someone.

Even at 80-years-old, there’s no better manipulator or gaslighter in the Roy family than patriarch Logan. His health continues to fail him—he has suffered a stroke, become disoriented outside his home and peed on the floor several times—but he’s successfully fended off siege after siege through a mixture of bullying, intimidation, and cunning.

In season two, Logan’s most pressing crisis was the public unveiling of Waystar’s cruise scandal, which fell domino by domino. First, a New York Magazine article alleged that cruises executive Lester McClintock had pressured female workers into having sex to renew their contracts. Then, a Waystar whistleblower came forward to expose the details of a whole “wolfpack” culture of sexual exploitation, in which migrant workers were particularly vulnerable to predatory actions and women who resisted or knew too much even went overboard. That precipitated a congressional hearing, in which records were subpoenaed about cover-ups, hush money and deleted shadow logs.

In the season’s final episode, a major shareholder came to Logan and demanded that he step down. But Logan ignored the request and instead assembled his family and inner circle on a giant yacht in order to pit them against each other as if at a Survivor tribal council. Logan eventually settled on Kendall as the most logical and effective choice, and prepped him to announce his admission of guilt in a press conference.

But Logan’s heartlessness—and his penchant for twisting the knife in his victims—backfired. When he told Kendall that Kendall wasn’t a killer, it only made Kendall want to prove him wrong. And Logan’s invocation of the phrase “no real person involved” made clear the extent of his moral depravity as well as how much of Waystar’s rot came from its very core.

Now, Logan is back to fighting on multiple fronts: against his son, wary shareholders demanding his head, legal and congressional authorities. But the man isn’t backing down: the trailer for the new season shows him announcing his attention to go “Full f-cking beast.”

For good reason, Logan’s only daughter spent most of her professional career keeping her distance from the family business, both to prove her bonafides and to remove herself from the continuous Royco shitshow. She instead moved into the political world and got a job as a key advisor to far-left presidential candidate Gil Eavis, all the while carrying on an affair with fellow political operator Nate Sofrelli. Shiv often displays commitment issues, whether in her professional or personal life: on her wedding night, she asked her new husband Tom for an open relationship.

But in season two, Shiv was successfully reeled back into Waystar by her father, who offered her the top job in private—only for him to yoink back the proposal at a tense dinner with the Pierces, their rival media magnate company. Logan was so resistant to Shiv taking over that he nearly tanked the entire deal with the Pierces—which he needed to win his proxy battle—in order to avoid promising her the top slot.

Back in the fold and lacking a plan B, Shiv had no choice but to play the game on her father’s terms. She intimidated a crucial witness into not testifying in front of congress; she waged a ferocious power struggle with Rhea Jarrell (Holly Hunter), a media executive who also gunned Logan’s favor in season two. Shiv’s masterstroke against Rhea came in the episode “Dundee”: when she learned that the whistleblower was about to come forward with allegations, she convinced her father to choose Rhea as the next CEO, knowing that the position would soon be toxic.

In the season finale, Shiv was also a crucial voice in steering Logan toward picking Ken as the fall guy. It’s clear that she has her father’s ear in crucial situations—but on the other hand, he’s backstabbed her plenty of times before. For now, her allegiance lies with her father and against the brother she has tried to destroy several times over.

Early on, Roman was portrayed as little more than a malicious, spoiled brat; a Joe Pesci-type grifter and egomaniac. (In an infamous season one scene, he masturbated to his corner office view.) In season two, his efforts to impress his father on a rocket launch by rushing it forward backfired spectacularly when the rocket exploded on takeoff.

But Roman has also proved himself analytically agile and strangely empathetic. He fared well at the company’s management training program and led a negotiation-turned-hostage situation in Turkey with impressive resolve and courage. He has also been carrying on a—let’s say, unique—psychosexual relationship with Gerri, who plays the role of his mother figure, mentor and forbidden love. At the moment, Roman’s proximity to Gerri gives him cover and a potential path to the top–but his strong, complex relationship with his defecting brother complicates things.

Aka the First Pancake

The only person who takes the eldest Roy son seriously is himself. The hyperdecanting, bread-making, fake-Napoleon’s-penis-buying estate manager ran a very unsuccessful campaign for president predicated on wiping out taxes (and he did not, in fact, “wipe the floor with [Gil Eavis] in a debate” as he claimed). His subsequent attempt to be the next great Broadway mogul also evaporated, as his escort-turned-girlfriend Willa’s play bombed so hard she threw an iPad into the sea.

Connor is now in a financial hole so deep his asked his father for a “little hundred mil,” causing Logan to respond with some fatherly tact: “Everybody thinks you’re a joke and you’re f-cking embarrassing me.” In an attempt to dig himself out, Connor generously offered to be the fall guy for the cruise fiasco in exchange for compensation, weaving a story in which he was the “eminence grise” of the family. The idea was met with smirks by everyone at the table. Connor has mostly served as comedic relief to the show’s real machinations; that trend is unlikely to end any time soon.

Aka “Smirking block of domestic feta,” “The Cunt of Monte Cristo”

As I wrote last year, Tom is a “groveling, gutless man with terrible instincts, terrible work ethic and a foot perpetually in his mouth.” In season two, he failed on nearly all fronts: he got one-upped by his former whipping boy Greg, who successfully blackmailed him into a better position; he advocated the worst news slogan ever (“We Hear For You”), and made a fool of himself on C-Span at the hands of Gil Eavis. The only reason he wasn’t ousted from the company is because, in the words of Kendall, “he’s not a big enough skull.”

Braun has been the undeniable breakout star of Succession thanks to his portrayal of bumbling-yet-conniving Greg, the kind of guy stutters his way through his threats. (Unrelatedly, Braun’s “Do You Have the Antibodies” was unironically one of the best songs of 2020.) Since the first episode, Greg has been used as a pawn by the higher-ups in the family, and he leveraged each of those opportunities into bigger positions and paydays. He first blackmailed Kendall, who amusedly gave him an apartment and made him his courier and confidante; he then blackmailed Tom, who unsuccessfully tried to suppress the monster he had created.

At the end of last season, Greg chose to turn down a $250 million inheritance from his ornery grandfather in order to remain with Waystar—and then proceeded to side with Kendall in the coming civil war, giving him the incriminating documents that he was supposed to burn. Greg is taking a big risk here, siding with the renegade as opposed to the company line, and he will probably try to use his leverage to cut a deal to avoid any sort of consequences for his role in the cover up. His self-centered wiliness makes him one of the biggest wild cards going into next season.

Also, it shouldn’t be overlooked that Greg was responsible for one of the most eloquent one-liners in TV history: “If it is to be said, so it be… so it is.”

What about the rest?

Sandy and Stewy, two rival businessmen with shares in Waystar, are still in the midst of an effort to buy out the company and pressure shareholders to dispatch the Roys and give them full control. (An ever-important shareholder meeting looms.) Kendall is still smitten with Naomi Pierce, who is something like Kendall’s drug-loving counterpart of her own twisted media dynasty. Gerri Killman, the company’s General Counsel, is smart, strategic and respected by everyone in the family, especially Roman; she will play a crucial role in the company’s survival going forward. Marcia Roy, Logan’s wife, his currently separated from him following his dalliance with Rhea Jarrell, who walked away from the CEO job once she realized how disastrous the company’s situation was.

Who are the new arrivals? 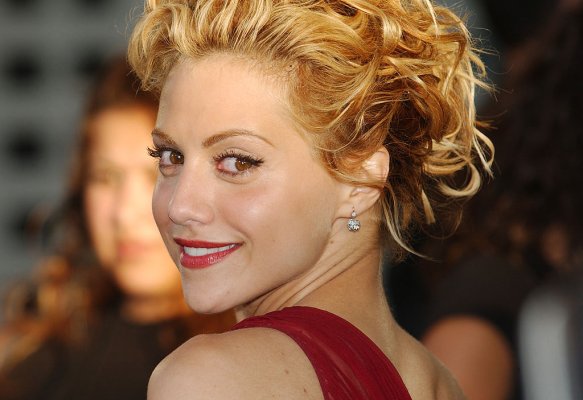 What Happened, Brittany Murphy?, Britney Spears and the Gendered Perils of Child Stardom
Next Up: Editor's Pick