When the heads of four of the biggest tech companies lined up for a WebEx grilling from members of the U.S. House on Wednesday, there was something decidedly retro about the whole affair. It’s as if Amazon is this century’s Standard Oil — a behemoth that is integral to American life yet posing very real threats incumbent in a monopoly. That risk has been out there for some time, but the coronavirus pandemic has forced lawmakers to pay attention to how quickly these companies are changing Americans’ day-to-day lives and the inherent threat that carries.

Amazon, Apple, Facebook and Google chiefs were nominally visiting with a House antitrust subcommittee to answer questions about free-market competition and consumer privacy that have been simmering for years. In reality, they were defending their very right to exist as the enormous brokers of how Americans shop for goods and ideas alike. Tech companies’ critics have argued that they are too large to stay in their current form and need to be broken up so as not to amass too much power. Their defenders say they’re (mostly) free services and compete with each other fiercely to provide the best products and experiences.

Congress has its own questions to answer in navigating whether these companies should be allowed to continue doing business as usual. Do lawmakers want to shut off the spigot of easy access to goods and ideas? Congress has been wary of stepping in to check these massive companies for good reason. One, they’re economic powerhouses that provide a steady stream of tax revenue. (Amazon, of course, is the exception to this, given its relatively low levels of profit and correspondingly low tax burden.) Two, the giants have armies of lobbyists ready to ding lawmakers who step out of line and to reward those who support their clients. And three, if a 2018 hearing with many of these same faces is any indicator, it’s clear that many of these lawmakers don’t actually understand what these companies do.

But the coronavirus pandemic has laid bare the depth of these companies’ influence. Amazon now handles half of the entire e-commerce marketplace. The iPhone is ubiquitous and Apple’s app platform has a choke-hold over downloads, including e-health tracking systems. Facebook has become America’s national newspaper, while lacking any editorial standards. And Google is so common that its company has become a verb for most people. Therein lies a force too powerful to continue to lurk in the shadows unquestioned.

It’s easy to treat today’s hearing as an academic exercise about how much power is too much. But consider your family members’ social media feeds. It turns out that a quarter of Americans currently believe, to some degree, the false conspiracy theory that powerful people planned and executed the coronavirus pandemic. Pew Research Center polling out last week shows 20% of Americans think it’s probably true that powerful interests were behind the outbreak, and 5% who say it’s definitely true. Among Republicans, a full third buy the conspiracy theory. But Black and Hispanic voters, who are overwhelmingly against President Donald Trump, also buy this theory more than their white or Asian neighbors.

At some point, distrust of respected institutions like the Centers for Disease Control left the fringe and became a real public health threat. This reality exists in large part because social media platforms like Facebook allow disinformation to hum along without a credible antidote. Apple decides what apps you can use to check your own health and information. Amazon decides which products — including books and the ideas packed between the covers — are available and at what costs to publishers and to consumers. And Google decides what answers appear at the top of your searches. At a moment of twin health and economic crises, Congress had little option but to haul these execs in to justify their existence. A quick remedy, though, is out-of-stock on Amazon. 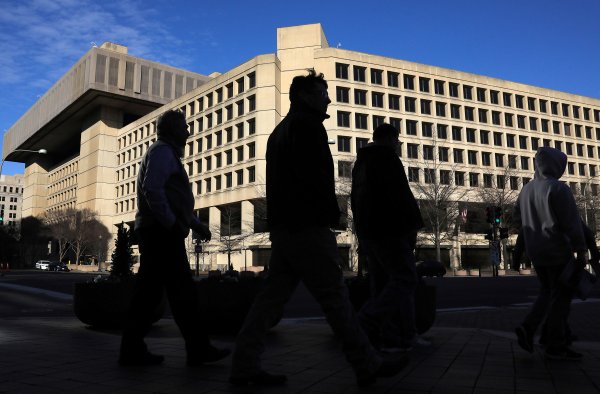