Employers Are Starting to Adopt 'Menstrual Leave' Policies. Could It Backfire?

As a municipal employee of five years in the Catalan city of Girona, Spain Miriam Requena has an array of benefits: sick leave, personal days and paid vacation time. When menstrual leave was added to the list, she was initially surprised.

“I had never realized that we needed this kind of flexibility,” 31-year old Requena told TIME. But she quickly saw its value. “It shatters all taboos to be able to say ‘listen, I’m menstruating, sometimes that provokes certain pains that impede me from going to work or being 100% productive.’”

The city of Girona recently became the first city in Spain to consider a menstrual leave policy for its more than 1,300 employees in April. A clutch of municipalities soon followed suit, from the Catalan towns of Ripoll and Les Borges Blanques to the eastern city of Castellón de la Plana, casting a handful of public administrations in Spain as standard-bearers and pioneers in Western Europe for a workplace policy that has sparked fierce debate around the world.

Girona is “carving out a new path” when it comes to women’s labor rights, Deputy Mayor Maria Àngels Planas told reporters in June after the city council voted overwhelmingly to allow people who menstruate—women, transgender men and nonbinary individuals—to take up to eight hours of leave a month, which they would then need to work as overtime within a three-month period. “We’re eliminating the taboo that exists around menstruation and the pain that some women suffer—that we suffer—during menstruation.”

The policy, championed by local labor union Intersindical-CSC, was initially met with resistance from some employees. “We had some men who wondered why they weren’t getting leave while there were women who worried that this would reinforce the idea that menstruation is painful or that we’re victims,” says union rep Èrika Andreu.

Without such a policy, though, some are left making the difficult choice between working through menstrual symptoms or taking sick days or vacation time. A 2017 survey of 32,748 women in the Netherlands published in the British Medical Journal found that 14% had taken time off from work or school during their periods. Others said they had showed up even when they were in pain, struggling to work while enduring their symptoms, leading to what researchers estimated was an average of 8.9 days of lost productivity per woman each year.

The debate over period leave

The clash between workplace demands and menstrual symptoms is what spurred Bex Baxter to begin crafting one of the earliest menstrual leave policies at a Western employer in 2016, while she was a director at the U.K. social enterprise Coexist. “I saw a member of staff bent double, white as a sheet, clearly in a lot of pain, over reception and still serving customers,” says Baxter. In her colleague’s despair she saw a reflection of herself; Baxter has long suffered debilitating periods that leave her collapsing nearly every month when they start.

The idea of giving women at Coexist up to one paid day of menstrual leave a month catapulted the then 31-person firm into the public spotlight. “There was a huge backlash,” says Baxter. “One comment that sticks in the mind is: ‘You’re putting feminism back by 100 years by doing this.”

The ferocity of the debate shocked her. “The toxicity came from women, not the men,” she says. “Women that were fearful that they had fought to be equal to men, not seen as weak, and didn’t want this drawing attention to a weakness within them and creating a stigma so that they couldn’t get promotions.”

While a global conversation swirled about whether Coexist’s policy was helping or hindering its female employees, the idea appeared to be paying off internally. Managers reported increased commitment, resilience and productivity, says Baxter, who continues to consult with companies and administrations interested in implementing menstrual leave. Data suggested that the benefits of the policy extended beyond the 24 women at Coexist, with men at the organization viewing it as part of a broader culture of inclusion that allowed them to also adjust the working day to their bodies if necessary.

A 2016 proposal by four Italian lawmakers offering up to three days of paid menstrual leave per month failed to advance in parliament, to the relief of some who worried that it would make employers more reluctant to hire women in a country that already has one of Europe’s lowest rates of women in the workforce. “Most people—including myself—thought this could put women at risk of more discrimination,” says Daniela Piazzalunga, an assistant professor in economics at the University of Trento.

The idea of a formal menstrual leave originated nearly a century ago in Soviet Russia when menstruating women were released from paid labor in a bid to protect their reproductive health in the 1920s and ’30s. The idea gained traction with labor unions in Japan in the late 1920s, eventually becoming enshrined in the country’s law in 1947.

The thinking behind the move in Japan partly stemmed from theories regarding women’s fertility, with unions warning that long hours and poor sanitary conditions could harm their capacity to bear children, says Izumi Nakayama, an academic at the University of Hong Kong who has extensively studied Japan’s menstrual leave program. Today the application of menstrual leave policy varies across Japan, with decisions about the amount of time allowed and whether it is paid often left to collective negotiations with unions and employers’ discretion. There is little evidence about whether it has actually been used in recent decades. A 2014 government study found that less than 0.9% of the surveyed women in workplaces that have a menstrual leave policy had requested it, citing reasons such as embarrassment or a lack of understanding from male superiors. “In 2021, it’s much less likely for women, especially highly educated white collar workers to take menstruation leave.”

Even so, the Japanese precedent has proliferated a cluster of similar policies across East Asia—from South Korea to Taiwan and several provinces in China—rooted in the idea of women’s fragility during menstruation.

In India, food delivery startup Zomato last year began offering employees up to 10 days of paid menstrual leave a year, joining a handful of private companies in the country that have sought to challenge India’s firmly-entrenched taboos around menstruation. A company spokesperson said that since the policy was launched in August 2020, it has been used by 621 employees who have taken more than 2,000 days of leave.

Read more: A History of How Employers Have Addressed Women’s Periods

While menstrual leave has been embraced by employers around the world, the idea has gained little traction in the U.S. A 2017 survey of 600 Americans published in the journal Health Care for Women International found that nearly half of respondents thought the impact of menstrual leave would be negative. Some cited concerns that the policy would be unfair to people who don’t menstruate or that the leave would be abused. Others saw the policy as unnecessary, saying that employees should use sick days if needed. In some cases that may mean taking unpaid leave. The U.S. currently has no federal requirements for paid sick leave. A 2019 U.S. Bureau of Labor Statistics survey suggested 24% of workers in the US do not have access to paid sick leave.

Months after menstrual leave policies began making inroads in Spain, the push is now on to improve the policy and expand it to the private sector, particularly sectors like retail, which tend to employ more women. In Girona, the Intersindical-CSC union had initially envisioned 16 hours of leave per month for municipal workers but had scaled back their demand during negotiations with the city, says Ester Rocabayera who heads the union’s feminism secretariat. “It’s an important step forward but the policy leaves many women in the margins,” she adds, citing single parents who aren’t able to make up time used due to childcare constraints as an example.

So far, however, amendments to the policy, such as dropping the requirement for workers to offset their paid leave with overtime, have proved to be a tough sell, says Rocabayera. “And that reveals the limits of employers’ supposed commitment to feminism—we can have menstrual leave but the onus is on us to put that time back into the system.” 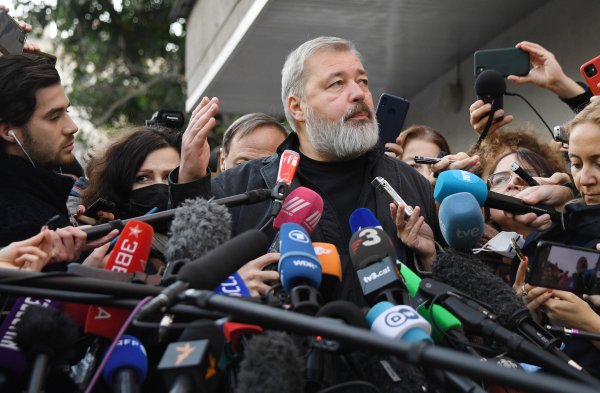