A History of How Employers Have Addressed Women's Periods

You may have heard the recent news that a British company just instituted a policy allowing female employees to take days off on their periods—but this isn’t the first time that an establishment has created a policy designed for menstruating women.

“Probably one of the first treatises that was published [around this theme] was called ‘Sex in Education; or, A Fair Chance for Girls,’ written by a physician named Edward Clark in 1873,” says Sharra Vostral, associate professor of history at Purdue University and author of Under Wraps: A History of Menstrual Hygiene Technology. “He said women need to obey the ‘law of periodicity,’ which pretty much meant they needed to remove themselves from school and take a break during their period.”

The fact that women menstruated was used as a reason to keep them from entering the workforce in large numbers, says Vostral. “In the late 19th century and earlier 20th century, it was very much about maintaining segregated workspaces and keeping women second-class citizens.” (Of course, the women who couldn’t afford not to work—poor women, often minorities—still showed up to their jobs, even when they were on their periods.)

Later, during the 1930s, executives at Metropolitan Life Insurance launched a study on absenteeism after noticing that many of its secretaries and typists were missing work regularly. The conclusion of their research: Women were calling in sick when they had their periods. “They decided to start up a health campaign at the company,” says Vostral. They hired women doctors to teach female employees how to do exercises, stretches, breathing techniques and more—all designed to minimize period-related ailments that could cause them to miss work. “If women were coerced or had to do it, it was unclear, but Metropolitan Life reported more women were able to stay at work after they taught women how not to be sick,” says Vostral.

Then, during World War II, when women were employed in larger numbers, working through cramps and discomfort became a sign of patriotism. “There were posters up about reducing absenteeism,” says Vostral.

Despite this messaging, not everyone welcomed the idea of women working during their periods around this time. Women air service pilots (WASPs) were actually prohibited from flying when they were menstruating because there was thought to be a fatal risk of fainting while in the cockpit.

“They were supposed to check in to the physician to tell them when they had their periods,” says Vostral. “The physician joked that it was the most unique group he’d ever met because no one was having their periods.” After the war, a report called “Medical Consideration of the WASP” reported that, “Menstruation, in properly selected women, is not a handicap to flying or dependable performance of duty.” (It’s unclear how or if this affected military policies moving forward.)

“All of these cases are questions of exclusion,” says Vostral. “If men are held up as the norm, then the assumption is you should be able to work all the time. And so there’s a lot of pressure, either to have women cover and hide their periods and just keep moving or to say, ‘No, women are special and they need rest and protection so that they can take care of their bodies and their periods.'”

Vostral points out that this latest move by the company Coexist has a different tone to it than previous policies. “They’re saying, ‘Menstruation is normal. Some people have cramps. Let’s not stigmatize this. We value our workers. Let’s work around their bodies to help them be productive.’ That’s a very different approach than saying, ‘No, women are different—they need to be protected, and we can’t really trust them as workers, so maybe they shouldn’t have this job.’ Even though they’re offering a break or a rest, it doesn’t seem like it’s about trying to constrain women or limit them because of their bodies.”

Vostral says she hopes this marks a move toward more flexible work schedules that accommodate any health issues with which employees may be dealing. “Both men and women’s bodies have had to conform to an eight-hour day,” she says. “A lot of the issues about women either not being good workers or being absent has to do with this need to have a regularized workweek and very strict lunch hour or break time. If that were more flexible, people could accommodate all kinds of different vagaries of their bodies.” 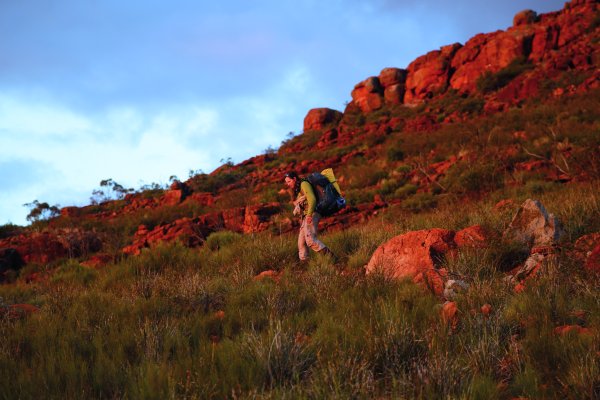 Swiss Explorer Sarah Marquis: 'If I Can Travel the World Alone, So Can You'
Next Up: Editor's Pick