Reggaeton Is So Much More Than Party Music. This Podcast Breaks Down Its Political Roots

In 2021, reggaeton sits at the center of global pop music. Bad Bunny was Spotify’s most-streamed artist of last year, while artists like J Balvin, Farruko and Karol G rack up hundreds of millions of YouTube views a month. With its booming beats and brash lyrical flows, the genre connotes glamour, sex and tropical bliss; it’s the soundtrack to nightclubs across the world.

But reggaeton, with its working class roots, anti-government impulses and strained relationship with the major label system, is so much more than party music. These oft overlooked aspects have been at the center of Loud, a 10-episode Spotify podcast which began airing in August. “The real story of reggaeton is about la resistencia. Resistance,” the podcast’s host Ivy Queen, herself a major reggaeton star, says in the first episode. “About how kids who were young or poor, Black or dark-skinned—kids who were discriminated against in every way—how we refused to be quiet.”

The joy and defiance of Loud, combined with its rich historical details and impressive access to first-person sources, make it one of the best podcasts of the year. On Wednesday, the podcast’s final dropped on Spotify. Here are the main takeaways from the season.

The complex origins of reggaeton

While reggaeton is most strongly associated with 21st century Puerto Rico, Loud starts its history of reggaeton in an unlikely setting: 1904 Panama. That year, the U.S. entered that country in order to build a canal that would connect Atlantic and Pacific trade routes. To build the canal, the U.S. imported workers from across the West Indies, including Jamaica and Barbados, making Panama City a multilingual, multicultural melting pot.

In the 1980s, descendants of those original Black workers started to bring dancehall—an updated version of Jamaican reggae—into Panamanian sound system parties. Performers like Renato soon found that if they spoke to the predominantly Spanish-speaking audience in their language as opposed to English or Patois, the crowd would go crazy. They began translating Jamaican dancehall songs, Trinidadian soca and other Afro-Antillean genres into Spanish. A new tradition of singing Spanish flows over Jamaican rhythms was born.

But Loud argues that as the genre became more commercial, its Black roots were pushed to the background—and that colorism still runs rampant in the genre. “Black reggae become [sic] Spanish reggae and white reggae,” the artist Reggae Sam says in one episode. “They eliminate all the negritos … It become a business and it was stolen.”

Homophobia and sexism have long been rampant in reggaeton lyrics and are ingrained in the genre’s foundational rhythm: dembow, which has been utilized by the majority of popular reggaeton songs (Daddy Yankee’s “Gasolina,” for example.) In 1990, the drum pattern was popularized by “Dem Bow,” a song by the Jamaican reggae artist Shabba Ranks in which he disparages men who have oral sex. A couple years later, Ranks said that gay people should be crucified; he has since apologized.

Much like hip-hop in the United States, early reggaeton was often created by artists to protest the unfair treatment of Black people at the hands of the police. One of the first major reggaeton records, Renato’s 1985 “El D.E.N.I.,” told stories of police brutality in Panama City. “You sing this music because it’s the only way that black poor struggling people can protest and fight against the government,” Reggae Sam says in Loud‘s first episode.

This theme would continue when the genre moved to Puerto Rico in the ’90s. At the time, San Juan was a major drug hub, with dealers using the city as an entry point to smuggle drugs into the United States. In episode four, the artist Nicky Jam talks about how it was often the drug dealers who fronted the money for musical projects in lieu of record labels, intertwining the genre’s development with illegal activity.

This connection made reggaeton artists a target when Puerto Rican Governor Pedro Rosselló began an aggressive crackdown against crime in the 90s known as “Mano Dura” (Iron Fist). Ivy Queen describes the National Guard rolling into public housing like an occupying army, breaking down doors and searching apartments with assault weapons. And police also targeted reggaeton artists, regularly raiding record stores and nightclubs. One music video director, Hector “El Flaco” Figueroa, recounts a story of having to throw out dozens of his music video tapes into the pool during a raid. In response to this incident and many others, reggaeton artists wrote many anti-police anthems during this era, including Ivy Queen’s “Somos Raperos Pero No Delicuentes.”

Daddy Yankee’s rise to the top

While Daddy Yankee is one of the most recognizable stars in reggaeton history—still racking up 36 million monthly listeners on Spotify—Loud explores another artist who was just as big in the early 2000s, but has since been overshadowed: Tego Calderón. “In 2004, Tego was that guy,” Ivy Queen says in episode six.

But Loud reveals how over the next year, two instances of Daddy Yankee’s rising success would come directly at the expense of Calderón’s. The first was when Daddy Yankee replaced Calderón on the New York rapper N.O.R.E.’s hit “Oye Mi Canto,” which helped bring the genre to African-American audiences. The second was over a marketing opportunity: initially P. Diddy wanted Calderón to be the face of a new major fashion campaign. But Calderón refused, partially because of alleged human rights violations at clothing factories the companies used in Central America, and partially because he says he felt disrespected by what he perceived to be a lowball offer.

“I don’t need a billboard. I am not trying to conquer white Middle America. I already won the hearts and respect of those I wanted to win—mi gente Latina, my people, the street, my black brothers and sisters,” Calderón told the New York Post in 2005.

So in his place, Daddy Yankee stepped into the Sean John campaign, introducing his face to countless people around the country. That year, his song “Gasolina” took the world by storm, sending American record labels scrambling to replicate his look and sound.

How Miami became the modern center of reggaeton

Over the decades, the center of reggaeton has shifted from one global city to another: Panama City in the ’80s, Brooklyn and San Juan in the ’90s, Medellín in the ’00s. Now, Ivy Queen says that the center of reggaeton is in Miami, where many artists reside—including herself, Maluma and Daddy Yankee—as well as labels, radio stations and production studios.

But in the show’s final episode, Ivy Queen worries that the robust money-making infrastructure built in Miami—with its glitzy studios and group writing sessions—threatens what initially made the music so special. “Are we going to lose the soul of this music if we keep making it more and more commercial?” she asks. “Will people remember where it came from? Can it stay true to its roots—su raices—in the hood as Black music, as rebel music? What’s going to happen if we don’t tell our story?” 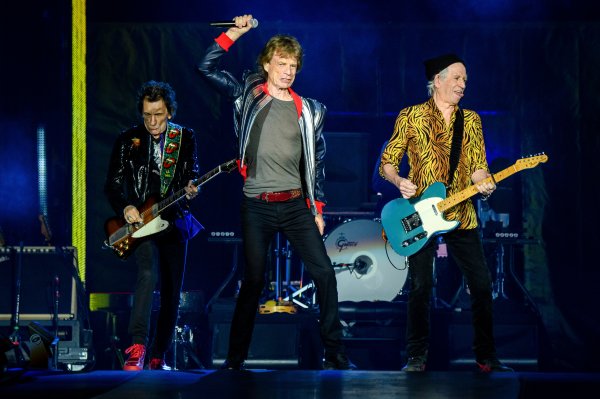