The Colombian reggaeton superstar J Balvin was named one of TIME’s 100 most influential people Tuesday night. During a TIME100 broadcast special on ABC, Balvin said that he wants to “keep paving the way for the new generation in reggaeton and Latin music.”

Over the last half decade, Balvin has established himself as one of the global kings of the streaming era. He’s racked up more than 25 billion career streams and currently sits only behind The Weeknd and Drake in terms of Spotify monthly streams worldwide. His megahits—including “Mi Gente,” “I Like It” with Cardi B and Bad Bunny and “Ritmo” with the Black Eyed Peas—have introduced Spanish language music to new generations of audiences across the globe. In 2019, he performed at the Grammys; in 2020 he performed at the Super Bowl halftime show.

“I’m so proud to be Colombian and to represent Colombia to the whole world—to just bring more light and more colors to the world,” Balvin said during the broadcast.

In her tribute to Balvin in the upcoming issue of the TIME100, Camila Cabello writes that he is “making the world hear and fall in love with our culture, our sound, our spirit.” 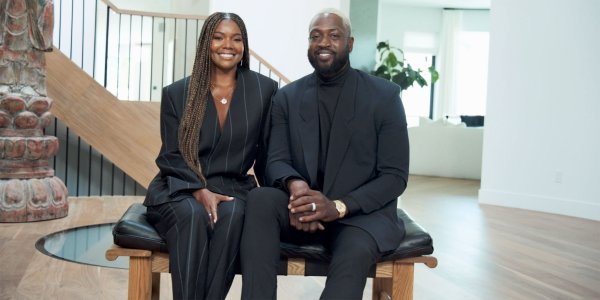 Gabrielle Union and Dwyane Wade Are Inspired By Their Kids' 'Moments of Bravery'
Next Up: Editor's Pick