The US Capitol is seen in Washington, DC on September 27, 2021.
Mandel Ngan—AFP/ Getty Images
By Alana Abramson

It’s crunch time on both sides of Pennsylvania Avenue.

Both the White House and Democrats in Congress are scrambling to pass two bills that will form the cornerstone of President Joe Biden’s legislative legacy: a $1 trillion infrastructure bill that would expand internet access and repair the country’s aging physical infrastructure like roads and bridges; and a $3.5 trillion social spending bill that includes authorized paid family leave and expanded healthcare and childcare provisions.

For months, Democrats have touted a “two track” system, planning to pass both bills simultaneously to appease both the moderate and progressive wings of the party. But they only have a clear path to sending these bills to Biden’s desk if they can remain unified, and cracks are widening in their coalition. With narrow margins of control in Congress, they can’t afford any defections in the Senate and can only afford three in the House. Right now, the party doesn’t have the votes to pass either package.

That’s not all that’s on Congress’ plate this week. The government will shut down on September 30th unless Democrats and Republicans reach an agreement on funding. And Treasury Secretary Janet Yellen has said that if Congress does not raise the debt limit by mid-October, the U.S. could default, which would have drastic economic implications.

Here is a guide to the pivotal week ahead: what is in these bills, and the obstacles currently blocking their passage.

What it is: $1 trillion in spending—including $550 billion in new spending—focused on improving “hard infrastructure” like roads and bridges. The bill also allots billions of dollars to help the country become more resilient to threats connected to climate change.

Status: The bill passed the Senate with bipartisan support on August 10, but it has yet to pass the House of Representatives. House Speaker Nancy Pelosi has vowed that the bill will be passed this week, but the timeline has already slipped. Pelosi had initially imposed a deadline to vote on the infrastructure bill on Sept. 27, but she told her colleagues over the weekend that she now intends to bring the bill to the floor Monday and hold a vote on September 30.

The hold-up: In August, a group of nearly a dozen moderate Democrats, led by New Jersey Rep. Josh Gottheimer, threatened to withhold their support for a procedural vote on the reconciliation blueprint unless they were guaranteed a vote on the infrastructure package. With Democrats only holding a majority in the House by a three-vote margin, the moderates wielded significant leverage. Pelosi told them that if they voted for the blueprint, she would bring the infrastructure bill to the floor for a vote on September 27th.

Problems: Progressives are now saying that if the infrastructure package comes for a vote this week as planned, they will refuse to support it unless a reconciliation bill is also brought to the floor for a vote. “It cannot pass,” Rep. Pramila Jayapal, chairwoman of the Congressional Progressive Caucus, told reporters on September 24. “I don’t grand-stand; we just don’t have the votes for it,” she continued, predicting that over 50 members of her caucus would vote no on the infrastructure bill without the social spending bill alongside it. And while lawmakers in the House are working to get the reconciliation bill across the finish line, it is not yet ready to come to the floor.

What it is: $3.5 trillion in new spending for programs like paid family leave, universal pre-k, two years of free community college, and investments in infrastructure and other policy tools designed to reduce U.S. emissions. The programs would be paid for by raising taxes on corporations and Americans making over $400,000, and it would mark the most significant expansion of the nation’s social safety net in decades.

Status: Both the Senate and the House passed a resolution setting the $3.5 trillion top-line number along party lines in August. Committees are now drafting the actual text of the bill.

Problems: There are several obstacles to passing this bill, even though Democrats are moving it through a budget process called reconciliation that will allow them to push it through along party lines. The biggest problem is the price tag. Even though all Senate Democrats voted for the resolution in August, West Virginia Senator Joe Manchin and Arizona Senator Kyrsten Sinema say they oppose $3.5 trillion as the final number. But progressives, who initially envisioned a $6 trillion package, insist they have already compromised and do not want to cut any more of the programs. As committees work on the final text, there are also disputes over specific policy areas like healthcare. Progressives are adamant that the final package should include a Medicare expansion that would include vision, dental and hearing aid benefits. But moderates say the party should prioritize shoring up the Affordable Care Act by permanently reducing the price of health insurance premiums. These disagreements about overall cost and specific policy provisions are threatening to derail the entire plan.

Government funding and the debt ceiling

Status: The House passed a continuing resolution earlier this month that would fund the government through December and prevent default. But it is expected to fail in the Senate, where it needs at least ten Republican votes. 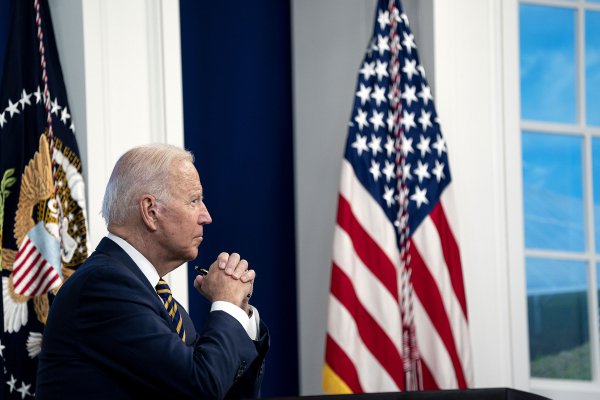 Joe Biden Scrambles to Unite Democrats Behind His Agenda
Next Up: Editor's Pick