While appearing before the Senate Commerce subcommittee on Tuesday, Facebook whistleblower Frances Haugen, a former Facebook project manager who revealed her identity on 60 Minutes on Sunday, testified that the social media site’s products “harm children, stoke division and weaken our democracy,” and that congressional intervention is needed.

The hearing came in the wake of Haugen leaking tens of thousands of pages of company documents to senators showing that Facebook has failed to fix numerous problems that it’s long known about, and in some cases made them worse. The documents became the subject of a series of articles in the Wall Street Journal in September that detailed internal Facebook research and alleged that Instagram is “toxic” to teens’, and specifically teen girls’, mental health.

Read More: The Facebook Whistleblower Revealed Herself on 60 Minutes. Here’s What You Need to Know

Here’s what to know about Haugen’s testimony.

Following Democratic Sen. Richard Blumenthal opening the hearing by stating that Facebook, and Big Tech as a whole, is facing a “Big Tobacco moment,” Haugen repeatedly spoke to allegations that “Facebook is prioritizing profit over people.”

Comparisons were made between the ways in which Facebook and tobacco are both addictive and profitable, but ultimately unhealthy for users. Blumenthal also referenced the tobacco’s industry’s history of hiding its own research on the harmful impact of its products in connection to Haugen’s allegations against Facebook.

Although Facebook announced on Sept. 27 that it was pausing the development of an Instagram for kids under 13 amid public backlash, Haugen testified that the company knows that Instagram causes “severe harm” to children and teens.

Haugen said Facebook claims that it can’t find underage kids on the platform because they lie about their age when they sign up, but testified to senators that is false. She stated that Facebook could employ the mechanisms it uses to analyze other types of audiences on the platform but just chooses not to do so.

Read More: Here’s How to Fix Facebook, According to Former Employees and Leading Critics

In response to a question about how Instagram’s algorithm plays a role in making body image issues worse for teens, Haugen said that Facebook has confirmed that Instagram users can be led by the algorithm to eating disorder content. Remedying the effects of negative social comparison that teens experience while using the platform will require larger measures than just removing “likes,” she said.

Haugen spoke at length about how “Facebook can change, but is clearly not going to do so on its own,” imploring the legislators to act.

She went on to urge senators to overhaul Section 230, which shields digital platforms from lawsuits over content posted by their users, specifically suggesting that Facebook and other tech giants be made legally liable for decisions about how to rank content in users’ feeds.

“They have a hundred percent control over their algorithms, and Facebook should not get a free pass on choices it makes to prioritize growth and virality and reactiveness over public safety,” she said.

Haugen argued that Facebook could still be profitable if it changed its methods of amplification, such as by switching to a chronological ranking system rather than engagement-based, to eliminate the problematic aspects of its algorithm. She also proposed the development of a regulatory body that could synthesize requests for data that are privacy conscious so that Facebook can no longer stonewall its internal findings.

Senators said they supported issuing subpoenas to get the full text of the internal Facebook research leaked by Hogan that the company previously refused to release. There was bipartisan agreement on this point, with senators from both parties speaking to the need for congress to take action to better understand what’s happening at Facebook.

“I think we’re going to look back 20 years from now and all of us are going to be like, ‘What the hell were we thinking,’ when we recognize the damage that [Facebook] has done to a generation,” Republican Sen. Dan Sullivan said.

“Our children are the ones who are victims,” Blumenthal added. “Teens today looking in the mirror feel doubt and insecurity. Mark Zuckerberg ought to be looking at himself in the mirror.” 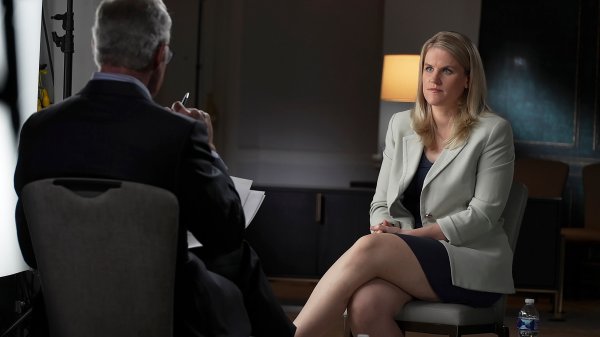 How Can We Fix Facebook?
Next Up: Editor's Pick