School Masking Mandates Are Going to Court. Here's Why the Issue Is So Complicated

People demonstrate at a Brevard County School Board meeting in Viera, Fla., over whether face masks should be mandatory in school on Aug. 30, 2021.
Paul Hennessy—SOPA Images/Getty Images
By Katie Reilly

As both the school year and the COVID-19 pandemic progress into another month, there’s no sign that parent anger over the intersection of the two is abating. Groups of parents around the U.S. are filing lawsuits against state and school-district leaders over school mask requirements, with some arguing that such mandates amount to government overreach and others saying that wearing masks all day is harmful to their children.

The spate of lawsuits is the latest development in the long-contentious battle over face masks and COVID-19. Some school district leaders have found themselves confronting their governors over mask requirements, while others are taking on bans on school mask mandates, depending on the state. And now more parents are getting involved.

Here’s what to know about why the issue is so complicated.

In Tennessee, a group of parents sued the Williamson County School Board of Education in U.S. District Court on Sept. 22 over the district’s mask mandate, raising doubts about the effectiveness of masks and alleging that district leaders are “engaging in what amounts to a whole school clinical experimental trial.” When Tennessee Gov. Bill Lee signed an executive order allowing parents to opt their children out of such mask mandates, two Williamson County families of students with disabilities filed a federal lawsuit arguing that the order put their children at risk. A federal judge ruled in their favor, blocking the executive order on Sept. 24.

“The record at this stage shows that temporary universal mask mandates adopted by the Williamson County and Franklin school systems have been, and likely would continue to be, effective in curbing the spread of COVID-19, U.S. District Judge Waverly D. Crenshaw, Jr. wrote in the opinion.

In Pennsylvania, several parents filed a lawsuit in Commonwealth Court on Sept. 8 challenging the state’s legal authority to require students to wear masks in schools. One parent claimed their children “are anxious and depressed at the thought of once again being forced to wear masks that interfere with their breathing.” Another family cited religious objections to mask-wearing and said the requirement “imposes a prison-like atmosphere.”

In response, Pennsylvania Attorney General Josh Shapiro said the mask requirement was “designed to preserve in-person education and protect students and teachers in the midst of a global pandemic” and accused the parents of asking the court to “ignore a real and substantial public health risk so they can parent in whatever manner they see fit.”

The science on masks

Despite what the parents in some of these cases argue, the Centers for Disease Control and Prevention (CDC) recommends that all students and staff—regardless of vaccination status—wear masks inside schools, emphasizing that masking should be one of several preventative measures, including social distancing, good ventilation and widespread vaccination. Two studies published by the CDC last week found that schools without mask requirements were more likely to have virus outbreaks than schools that require students and staff to wear masks.

“The data are clear that masking is the most effective mitigation strategy to prevent COVID-19 transmission in schools when vaccination coverage is low or not possible due to students’ age,” Michael Smith, a pediatrics professor and expert on pediatric infectious diseases at Duke University Medical Center, told TIME in an email.

“In a perfect world, it would be great if we didn’t have to do this. But it is a compromise that is very reasonable to make if it means we can minimize the potential for transmission in classrooms and maximize the benefit of having kids in person in a classroom,” says Brandon Guthrie, an epidemiologist at the University of Washington, who has written about pandemic safety measures within schools.

He thinks face masks will be necessary until the pandemic is less of a threat and everybody in schools is eligible for vaccination. “If and when we have that, I think that’s the point at which we reconsider masks,” he says.

Partly as a result of that debate, mask mandates remain polarizing. While a majority of Americans think students and teachers should be required to wear masks, there are stark partisan divides, with about 30% of Republicans and about 80% of Democrats supporting mask mandates, according to an August poll by the Associated Press-NORC Center for Public Affairs Research.

Read more: What Happens When the World’s Most Popular COVID-19 Dashboard Can’t Get Data?

What the law says about masks in schools

The legal complaints in opposition to masks have argued that broad mask requirements take decision-making power away from local school districts or from individual families, violating their personal freedom. Some have also pushed back against the need for emergency measures at this stage of the pandemic.

Suzanne Eckes, an education law professor at the University of Wisconsin-Madison’s School of Education, says that while cases specifically related to face masks in school are uncharted territory, courts have historically decided that parental rights do not trump a school’s ability to take steps to keep kids safe.

Claire Raj, an expert in special education law at the University of South Carolina School of Law, says that while parents have the right to decide how to raise their children, schools have long been able to enforce certain rules. “We’ve collectively said, if you’re going to send your kid to public school, this school gets to enact a dress code policy. This school gets to say they can’t swear on campus,” she says.

Face mask requirements could fall into a similar category. Those who have required mask-wearing in school say it’s an important measure to keep children safe during in-person learning, as the Delta variant spreads and as children under 12 remain ineligible for vaccination against COVID-19.

The rights of students with disabilities

Experts say that one of the most compelling legal arguments in favor of officials’ rights to establish mask mandates has emerged from parents of children with disabilities. These parents argue that not requiring students to mask up hinders the educational rights of their peers who face greater health risks if they contract COVID-19.

The federal Americans with Disabilities Act and Section 504 of the Rehabilitation Act prohibit public schools from discriminating against students with disabilities and excluding them from public education.

“Kids are entitled to reasonable accommodations in public schools, and is it really an undue burden to require everyone to wear a mask?” says Eckes. “That’s the question.”

“We have a lot of history of schools creating all sorts of rules to ensure that kids can learn in an inclusive environment,” Raj says, comparing face mask requirements to commonplace policies that prohibit peanut butter in classrooms where a student has a severe nut allergy. “The school takes it on themselves to do all sorts of things to accommodate that child and not say, ‘Well, you’re going to learn at home via a computer.'”

On Tuesday, a federal district court judge blocked a ban on school mask mandates in South Carolina, after parents of children with disabilities filed a lawsuit arguing that it discriminated against students with disabilities and underlying medical conditions.

“Federal disability rights laws are clear: If students with disabilities need schools to require masks in order for them to have equal access to their education, the state cannot stop schools from requiring those masks,” Susan Mizner, director of the American Civil Liberties Union’s Disability Rights Program, said in a statement.

“No one can reasonably argue that it is an undue burden to wear a mask to accommodate a child with disabilities,” U.S. District Judge Mary Geiger Lewis said in the decision.

The U.S. Justice Department filed a statement of interest in support of those plaintiffs on Wednesday and said “the serious adverse consequences on students with certain disabilities is readily foreseeable.”

Raj, for her part, is closely following how courts respond to these lawsuits and how their decisions will affect access to education for students with disabilities moving forward.

“I would love there to be a sea change across the country—all these circuits where courts are standing up for the rights of students with disabilities,” Raj says, “and saying, ‘Let’s not conflate this personal liberties argument with what is clearly a reasonable ask.'” 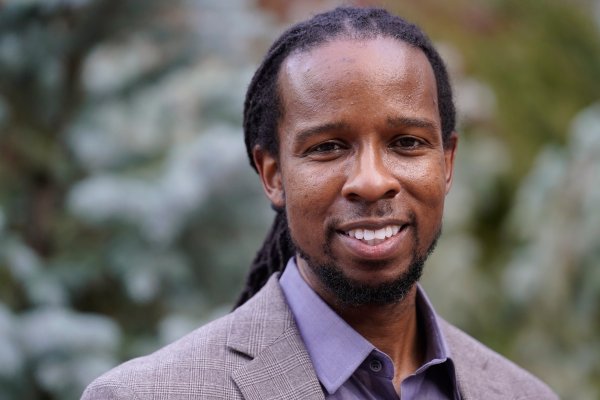