Schools Expected to Leave Virtual Learning Behind in the Fall, but the Delta Variant Is Forcing a Change in Plans

Public school leaders in Des Moines, Iowa had planned on teaching all their elementary school students face-to-face this fall. But weeks before classes are set to begin, the district’s youngest students remain ineligible for vaccination against COVID-19, Iowa schools are prohibited from requiring students to wear masks in class, and the Delta variant is spreading rapidly.

That combination of challenges led the Des Moines School Board to vote Tuesday to offer a virtual learning option for elementary school families who are concerned about in-person classes during another pandemic school year.

“We wanted to provide — especially for those families who have a student who’s at particularly high risk of contracting the virus— an option to stay with the district, keep their child at home,” school superintendent Thomas Ahart said at the board meeting Tuesday.

“And when they’re comfortable and when conditions allow, they can transition back into a live classroom,” he said. “My hope is that the need will dissipate, and we’ll have all our students in person.”

Read more: When Parents Said No to Their Kids Being Vaccinated, This Teenager Created VaxTeen. It’s Now More Crucial Than Ever

Many school districts had planned on only offering in-person learning this fall, hoping for a more normal school year with fewer pandemic concerns after a tumultuous year of remote and hybrid learning. But the spread of the highly contagious Delta variant has forced some to reconsider those plans. While young children are still less likely to get seriously ill from the virus, many children are not yet protected by vaccines, which aren’t available to those under 12.

“We are in an eerily similar situation as we were 12 months ago,” Ahart said, preparing for another year of mitigating outbreaks and quarantining students. In several states, uncertainty over school reopening has been further complicated by bans on school mask requirements, even though the Centers for Disease Control and Prevention (CDC) recommended last week that all students and staff wear masks inside schools, regardless of vaccination status. Eight states, including Iowa and Texas, have banned schools from requiring masks, according to a tracker by Burbio.

“The state of Iowa has really tied the hands of school districts and local governments,” says Phil Roeder, a spokesperson for Des Moines Public Schools in Polk County, which has an 8% COVID-19 test positivity rate. “Had we been able to follow the CDC recommendations that everyone in school is masked, regardless of their vaccine status — if we were able to mandate that, then I think we’d be having a different conversation here.”

New York City announced in May that it would eliminate virtual learning this fall and would only offer in-person instruction. “We need our kids back in school, so they can get healing from everything they’ve been through, so they can get back on track educationally,” Mayor Bill de Blasio said during a press briefing on July 20, when asked why the city wasn’t preparing to offer a remote learning option even as coronavirus cases and hospitalizations rose.

“The goal is to have every single child back in school,” he said.

But that decision continues to divide parents, and some have demanded the chance to keep their kids learning remotely.

Angela Torres is a member of the Bronx Parent Leaders Advocacy Group, which has called on the city to offer a virtual learning option. As her 11-year-old daughter, who is too young to be vaccinated, prepares to enter seventh grade at the Urban Institute of Mathematics in the New York City borough of the Bronx, Torres has also been thinking of her mother, who died of COVID-19 in April 2020.

“It was very numbing. And it causes you to say, ‘I don’t want to have this happen to anyone.’ If we know that we can put in safety protocols—aka smaller classes and a remote option—in order to have more people not have to go through this, then I say, why not?” she says. “We understand the impact it can really make in our communities, in our families. Now is the time for us to adjust and pivot and create plans that create safety overall.”

Read more: She Helped New York Through the Worst of the Pandemic. Then the Nightmare Followed Her Home

Some parents still don’t trust that schools will be safe enough for their children.

“When you think about the conditions of the schools with old buildings, with not enough ventilation, that are co-located, that are overcrowded — for us, in the Bronx, in underserved communities, it’s not as simple as, ‘Well, let’s just get back to school,'” says Farah Despeignes, president of the Bronx Parent Leaders Advocacy Group, whose sons are 11 and 13. “As of now, I have no plans to send my kids back inside the building.”

In Texas, where Republican Gov. Greg Abbott banned schools from requiring masks, the Austin Independent School District (ISD) announced July 26 that it will offer a virtual option for a limited number of students in kindergarten through sixth grade — the age group not yet eligible for COVID-19 vaccines — after previously planning to offer only in-person instruction.

Anthony Mays, chief of schools for the Austin Independent School District, says he had been optimistic that this school year would be more normal, until he started to see coronavirus cases rising over the summer. (Travis County currently has a 14.5% COVID-19 positivity rate, the highest it’s been since January, amid a surge in cases, especially among the unvaccinated.)

“It was like having the wind taken from your sails,” Mays says. “It was just the impact of and the realization of, man, we’ve done all this work to rebound. And now we’re going to have to stand up and be responsive to a new challenge with the pandemic.”

Texas lawmakers did not pass a bill that would have funded remote learning, leaving districts in the state to come up with the money on their own or eliminate virtual learning altogether. At a school board meeting on July 26, district leaders said Austin ISD will lose up to $45 million to cover the cost of remote learning this year, depending on how many students learn virtually and how long the program lasts. But the option came as a relief to some parents.

“We’d not even consider sending our elementary-aged kid to an enclosed classroom without a mask requirement while he can’t get vaxxed,” Jenny Davidson, who has two sons in Austin schools, said during the school board meeting. “Maskless, un-vaxxed, 100% in-person school during a pandemic that is going in the wrong direction right now does not feel safe to us.”

Her 12-year-old son, who is immunocompromised, was vaccinated at an Austin ISD vaccine clinic on the first day he had the opportunity and will be attending seventh grade in person, playing trumpet in the school band and joining the football team for the first time. But her 10-year-old son is too young to be eligible, and she plans to take advantage of the district’s virtual option until she can send him to school with the protection of a vaccine.

“I want my kids to go to school in person. That’s the best kind of learning,” Davidson tells TIME. “But I’m also thinking, hey, a few more months, and then we can get him vaxxed and maybe get him into in-person school.” 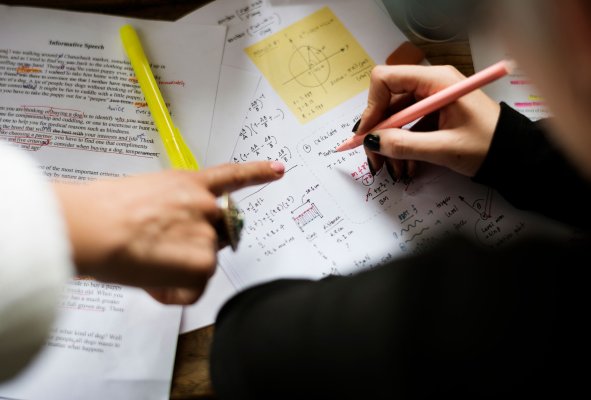 Summer Tutoring Is Not the Solution to a Lost Year of School
Next Up: Editor's Pick