As Democrats spar over a sweeping bipartisan infrastructure bill and an even bigger budget reconciliation package that includes funding for everything from universal pre-k to free community college, the fate of a historic investment in America’s housing policy hangs in the balance.

Earlier this month, the House Financial Services Committee advanced $322 billion in federal spending recommendations on housing investments, including $75 billion in new funds for Housing Choice Vouchers. If that passed, it would mark the most significant investment in housing aid since the Housing Choice Voucher program, the nation’s largest source of rental assistance, was created in 1974. It would result in roughly 750,000 more federal vouchers that low-income Americans can use to underwrite the cost of affordable rental units, and eventually help roughly 1.7 million more people increasing the number of Americans served by roughly one-third, according to a new analysis by the left-leaning Center on Budget and Policy Priorities (CBPP).

“This would be the biggest thing that policymakers have done in decades to reduce homeless and to help low-income people in this country afford housing,” says Will Fischer, senior director for housing policy and research at CBPP. “There’s not many programs out there where there’s a stronger evidence base showing that they work.”

Rep. Maxine Waters, chair of the House Financial Services Committee, which provides recommendations to Congress on housing policy, calls the proposed outlay “unprecedented.” “It has gotten to the point where it is very difficult for ordinary citizens working everyday to be able to have what it takes to get a decent rental unit,” she says, adding that this funding would help address the problem.

But it’s unclear if Democrats will pass a reconciliation bill at all—and if they do, whether it will include significant funding for affordable housing assistance.

Senate Democrats could, in theory, pass the bill without any Republican support due to a legislative loophole allowing them to advance budgetary issues with a simple majority. But garnering support from all 50 Democratic Senators depends in large part on the votes of the two most moderate Senate Democrats, Joe Manchin of West Virginia and Kyrsten Sinema of Arizona, both of whom have said that the $3.5 trillion spending framework is too high. Politico reported on Thursday that Manchin told Senate Majority Leader Chuck Schumer this summer he wouldn’t support a reconciliation bill exceeding $1.5 trillion—news that could mean that Democrats have to shave roughly $2 trillion in spending from the existing package.

Some progressive Democrats have said they will withhold their votes for the $550 billion bipartisan infrastructure package until Manchin and Sinema publicly promise to back a subsequent reconciliation package with a sufficient price tag. It’s not yet clear what they define as sufficient.

Neither is it clear how much of the $322 billion in housing investments might remain in a slimmed-down bill. Waters, a member of the Congressional Progressive Caucus, thinks most Democratic lawmakers see federal spending on housing as a priority. “I’ve convinced my caucus that we need to pay attention to housing,” she says.

But she stopped short of saying that she would recommend voting against the final bipartisan infrastructure bill if she didn’t get assurance her housing measures would be included in the reconciliation one. “I don’t work that way…I don’t threaten, and I don’t try to leverage,” she tells TIME, adding, “We don’t know what’s going to happen in reconciliation. We don’t know what the cuts are going to be.”

The current Housing Choice Voucher program provides 2.3 million households with vouchers that can be used to offset the rent on affordable, private market units. But many more Americans are in need: only one in four people who qualify for federal housing assistance currently receive it, according to the CBPP.

Rep. Emanuel Cleaver, a Missouri Democrat and Chair of the Subcommittee on Housing, Community Development, and Insurance says he plans to fight for the level of funding that his committee recommended earlier this summer. As a former public housing beneficiary, he says, he cares “passionately about making sure that Americans live in decent conditions and will fight for every penny as the process continues.” 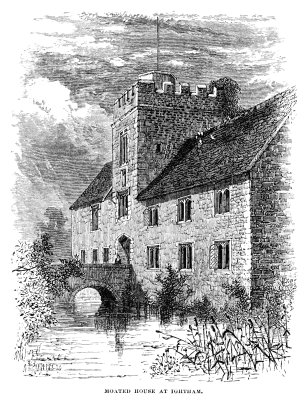 How Wealthy American Expats Transformed the British Aristocracy
Next Up: Editor's Pick