When it comes to breast cancer, the sobering truth is that despite all the advances in new treatments and more sophisticated ways of imaging breast tissue, doctors still aren’t very good selecting out the women at highest risk of the disease from those at lower risk. All women get screened for breast cancer based on the crudest risk factor available: age.

That’s led to a disturbing paradox. While death rates from breast cancer in the U.S. have dropped 40% from 1989 to 2017, that success may have come at a price, resulting in a Goldilocks treatment scenario in which only some women are receiving just the right screening and treatment they need. A growing proportion don’t have their cancers detected and treated early enough, or, on the flip side, still others may be over treated for growths picked up by sophisticated screening that won’t ever develop into problematic cancers at all. The blanket advice that women start regular screening for breast cancer at age 50 is turning out to be a fairly poor way to identify people at highest risk of the disease.

“The only way to do better is to know better,” says Dr. Laura Esserman, director of the University of California, San Francisco Carol Franc Buck Breast Cancer Centers. Esserman, along with her team, has dedicated the last several years to finding a way to get doctors out of the same screening and treatment rut that’s defined breast cancer care for the past few decades. To do that, Esserman designed the WISDOM study (Women Informed to Screen Depending On Measures of risk) to fill in the most glaring gaps in our knowledge about managing breast cancer.

Rather than starting with broad screening and treatment plans and fitting the diverse population of women into those policies, regardless of their genetic history, lifestyle and other risk factors, Esserman flips the script and starts with the patient first. The idea is to build a personalized way to screen and treat breast cancer that takes into account the latest science and developments in targeted anti-cancer drugs, as well as the woman’s own medical history and health status.

With WISDOM, Esserman hopes to gather the data needed to formalize this precision medicine strategy, by creating recommendations for a more customized approach to breast care that enables doctors to find the women at the highest risk of having aggressive disease, and get them the right therapy as quickly as possible. TIME has chronicled Esserman’s work on WISDOM since its inception in 2015 and launch in 2016; she was named to the TIME 100 list of most-influential people in 2016.

Esserman plans to enroll 100,000 women in the study, and randomly assign them to get either yearly screening or a more personalized plan for five years. So far 35,000 women, including those from under represented groups in breast cancer research such as African-American women, and military veterans, have joined. (Marc and Lynne Benioff, the co-chairs and owners of TIME, have been philanthropic supporters of Dr. Esserman’s breast cancer research. The WISDOM study receives software support from Salesforce, where Marc Benioff is chairman and CEO.)

In a series of short videos for Breast Cancer Awareness Month this October, we will meet several women who are participating in WISDOM, and explore what they’ve learned about their own risk for breast cancer, and how the knowledge they’ve gained has changed the way they think about the disease, from a woman who thought she was at high risk because of a family history of breast cancer, but turned out not to need the intensive screening she was getting, to a woman whose genes were hiding a predisposition for the disease she never would have otherwise learned, to African-American women at higher risk of a more aggressive form of the cancer.

Bookmark this page and return to it throughout the month to see the videos as we release them. 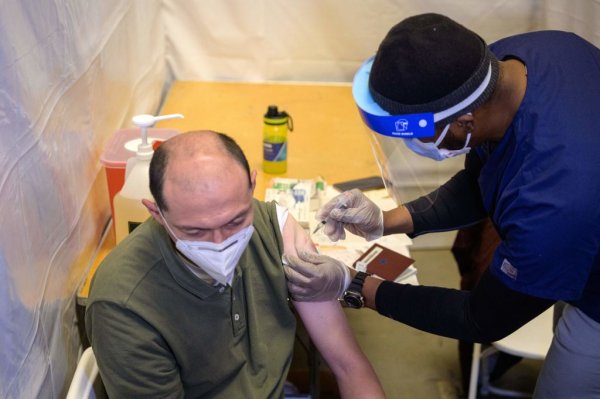