The Case for Annual Mammograms Is More Complicated Than Ever

It seems like heresy but some cancer experts are starting to question the way we screen for breast cancer. In recent years, the American Cancer Society and other breast cancer groups have changed their recommendations about when women should get screened, and how often. The shift was prompted by a large scale review of the data showing that mammograms led to considerable over-diagnosis—meaning screening is catching cancers that never would have required treatment in the first place.

Similar reports in Europe have prompted the French National Cancer Institute to launch a year-long inquiry into how to improve screening, and the Swiss Medical Board now advises against routine mammogram screening for most women. Still, many earlier studies found that screening for breast cancer does prevent death from the disease in some people—making the topic controversial to discuss and confusing for women.

In the latest study on the subject published in the Annals of Internal Medicine, adds some clarity. Taken together, the findings of the new paper support growing data from other groups that breast cancer is over-diagnosed, with small growths that likely aren’t going to progress into cancer being detected—and treated—more than they need to be. Meanwhile, the truly dangerous tumors, which develop into advanced cancer that spreads to other parts of the body, are being missed.

“Picking up cancers in the early stages should lead to fewer late-stage cancers, that’s the whole point of screening,” says Dr. Karsten Jorgensen, chief of the Nordic Cochrane Center and professor at Rigs Hospitalet. “But the frequency of invasive [late stage] cancers keep increasing. So the screening doesn’t seem to be working in the way we thought it would. The screening isn’t picking up the cancer it’s supposed to pick up.”

In Denmark, there was a 17-year period during which women living around the capital city of Copenhagen were getting screened, while nearly 80% of women in the rest of the country were not. Those who didn’t get screened served as a natural control population, so the scientists could get a true sense of how much benefit, or not, mammography screening had on the type of cancer detected. Based on the types of cancers that were diagnosed — smaller lesions v more advanced cancers — they could also determine whether screening was having its intended effect. If screening was working, and picking up cancers that were then treated, the number of advanced breast cancers should decline, since more women would have their tumors found and treated.

Jorgensen and his colleagues found, however, that wasn’t the case. Instead, they learned that the number of advanced breast cancer cases was not much lower among the screened women than among the non-screened women over time. Instead, more smaller lesions were being detected.

Jorgensen suspects that the tumors that cause advanced disease tend to grow grow so quickly — in between the yearly mammograms — that they are already advanced by the time the screening occurs. “Screening isn’t picking up the cancer it’s supposed to pick up,” he says. “If you screen every year or once every second year, the really aggressive cancers are so fast growing that they go through the screen-detectable stages too fast for screening to pick up. They pop up between screening rounds.”

Does that mean screening should occur more frequently, or that it’s not useful at all? Not exactly, and that’s what is controversial about the emerging data. The data does not suggest that screening should be abandoned, but instead reflects the fact that screening, as it exists today in much of the world, is outdated.

“I am for screening, but also for realizing that current screening is not as good as what we need,” says Dr. Otis Brawley, chief medical and scientific officer of the American Cancer Society, who wrote an editorial accompanying the study. Screening can clearly be helpful in detecting and treating disease before it becomes advanced and untreatable — some of the drop in breast cancer deaths can be attributed to screening. But mammography may not be best way to do that. In fact, some researchers argue that much of the decline in breast cancer deaths should be traced to better treatments rather than primarily to screening with mammography.

They say that breast cancer deaths should be going down further, given the widespread education and implementation of screening and treatments in most parts of the world. But in order to accomplish that, additional screening tests, such as a blood test or genetic evaluations, may be needed. Brawley points to colon cancer screening as a model. It is lowering death rates and leading to a drop in the number of advanced disease. That’s been accomplished with colonoscopy, an invasive procedure that can both scan and remove suspicious polyps at the same time. There isn’t such an effective screening tool for breast cancer — yet.

The breast cancer findings also point to another flaw in existing screening strategies. They are built on centuries-old definitions of cancer and equally unchanged views on how best to treat them. Back then all tumorous growths were assumed to be fast-growing and potentially lethal, and therefore needed to be removed. But, says Jorgensen, “we shouldn’t treat all cancers the same way because they are not the same. Our knowledge of cancer biology tells us that breast cancer represents a spectrum of really different cases of cancer that behave in very different ways. And sadly screening is not good at picking up those cancers that we really want to pick up.”

Brawley agrees, but points out that we are not yet ready to accept that some breast cancers may not need treatment. In other cancers, such as prostate and thyroid, doctors have begun to tell some patients that they don’t need to take immediate action to treat their cancers. Some can be monitored and treated only if they start to grow or change. “What this study, and others like it tell me, is that if we look into 2025 and 2030, some women are going to be screened and diagnosed with cancer and told that their cancers are ones they can watch as opposed to treat,” he says. “So instead of treating it aggressively, we are going to watch it. We are not there yet with this type of treatment for breast cancer — but we are going to be there in the next 10 years.”

In fact, a couple of important studies examining different ways of screening and monitoring early breast cancer are underway; one will compare women who are treated in the existing way and another will adopt a more personalized screening regimen for women based on their history and risk factors. Their results will provide critically needed information on what role screening can play in addressing breast cancer.

In the meantime, both Brawley and Jorgensen stress that breast cancer screening is an important part of preventive care for any woman. They aren’t advocating eliminating the screening; they simply want to make sure that the screening put in place works to protect women from developing advanced disease. “We need to continue asking questions,” says Brawley. “Women should know the benefits as well as the potential harms associated with screening. 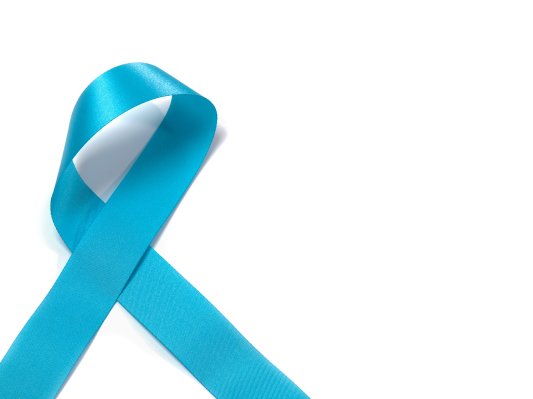 Here’s Why the Cancer Death Rate Has Plummeted
Next Up: Editor's Pick