One of China’s most celebrated martial arts fiction authors, Louis Cha, passed away Tuesday afternoon in the semiautonomous region of Hong Kong following a long illness. He was 94.

Known widely by his pen name Jin Yong, Cha’s books defined the genre known as wuxia for generations. Yong authored a total of 15 novels throughout his illustrious career, including his widely celebrated Legend of the Condor Heroes and Demi-Gods and Semi-Devils.

Set in the imaginary world of Jianghu, his created universe of kung fu masters in ancient China, Jin’s novels have inspired a range of adaptions from film to video games. His broad influence has made him one of the most important Chinese writers of the 20th century.

More than 300 million copies of his works have been sold worldwide, according to the Straits Times. His works were rich with Chinese traditions, interweaving elements of Confucianism, Buddhism and Taoism.

According to the South China Morning Post, Jin admitted in a 1994 interview that Western readers might have difficulty understanding his work.

“The reader may need some training in Chinese thinking to understand,” he said, according to the Post, calling his works “traditional Chinese novels in their themes, morals, or philosophies.”

Tributes to the beloved penman poured in from far and wide. Carrie Lam, Hong Kong’s chief executive, issued a statement expressing “deep sorrow” for the death of “a learned man and an acclaimed writer,” the South China Morning Post reports.

Born in Hangzhou, China, Jin graduated from the Law School of Suzhou in 1948 and went on to work as a journalist and translator at a Shanghai newspaper. He moved to Hong Kong in 1948 where he co-founded the Chinese-language newspaper Ming Pao.

Lam lauded Jin’s editorials in the paper as “constructive comments for society, earning the respect of the sector,” and said she was “grieved to learn” of his death.

Jack Ma, the owner of Chinese e-commerce giant Alibaba and a friend of Jin, described his passing as “a huge loss for Chinese people around the world.”

According to the Post, Jin is said to have been on a list of assassination targets published by left-wing Chinese newspapers in 1967, when riots erupted in Hong Kong between communist sympathizers and local authorities then under British colonial rule.

Nearly two decades later, he was appointed to a committee tasked with drafting Hong Kong’s mini-constitution, the Basic Law, when the U.K. reached a deal with Beijing to eventually transfer the city’s sovereignty to the Middle Kingdom in 1997. 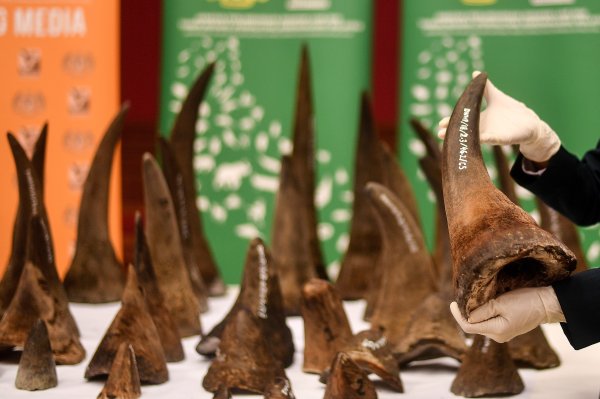