Amazon Drone Delivery Was Supposed to Start By 2018. Here's What Happened Instead

Amazon’s squadron of delivery drones was supposed to be in full flight by now. And the fall of 2021 would have been an opportune time to have little automated flying machines delivering packages to customers—what with all the trouble human workers are causing around the country with strikes and labor shortages. Amazon announced an experimental drone delivery service with great fanfare as part of a 60 Minutes feature in 2013. Amazon’s promise was quite remarkable: Your packages—containing anything from toothpaste to a new smartphone—would arrive right at your doorstep (or on your lawn) by way of a drone that lands, drops your parcel and flies away.

Jeff Bezos, Amazon’s then-CEO, said in the televised segment that it would likely take “four to five years” to turn the “R&D project” into a reality.

Nearly eight years later, the world’s leading online retailer is struggling to make progress with its Prime Air program. So, what happened?

“Prime Air is committed to making our goal of delivering packages by drones a reality,” Amazon said in a statement to TIME. “We are pioneering new ground and it will continue to take time to create the right technology and infrastructure to safely deliver packages to customers.”

Since the program got underway, Amazon has revealed a few delivery-drone designs, and in August of 2020 it received the Federal Aviation Administration’s permission to begin conducting drone operations. The company told TIME that it continues to collaborate closely with the FAA and other regulatory bodies around the world. It is running tests of the delivery program and has logged thousands of flight hours.

Even so, Prime Air has suffered numerous setbacks, including rounds of layoffs, unexpected surges in workload, and a work environment fueled by unrealistic expectations, former staffers told Wired earlier this year.

Projects that take longer than expected to get off the ground are hardly unusual at big companies, and Amazon is no different. Over the years, the company has had mixed success releasing products like smartphones and in-home grocery scanners. It recently discontinued Amazon Echo Look, an Alexa-enabled device that scanned a user’s outfit and offered questionable fashion advice.

Even in 2021, the idea of drone delivery still sounds somewhat fantastical, but widespread use of these small aircraft could have an enormous impact. Drones have potential to be even more efficient and environmentally friendly than a modern electric delivery van. The Biden administration has expressed interest in developing the field of drone delivery and logistics, and for uses like infrastructure inspection. The initiative has plenty of challenges, however, including the need for more warehouses and concerns about airspace safety with a potential sky full of whizzing drones. Still, as Amazon struggles, other companies are racing to be the first to offer widespread service.

Where delivery drones have worked

Google parent company Alphabet is forging ahead with its own version of the futuristic delivery service. In Logan, Australia, suburban drone deliveries are taking off, thanks to Alphabet subsidiary Wing. The delivery drone company, previously part of Google’s “moonshot” initiatives, reached a pivotal milestone, announcing in August that it made its hundred thousandth delivery.

The drones have moved over 10,000 cups of coffee, 1,000 loaves of bread and 1,200 roasted chickens (known as hot chooks in Australia). Wing says it hasn’t faced a single delivery issue during its flights in Logan, and has run thousands of internal flight and delivery tests at the same time.

Wing CEO James Ryan Burgess thinks opportunity lies in a decentralized delivery system scattered throughout a region, citing Logan as an example of a city wherein the company can operate smaller groups of drones in multiple areas.

“You can imagine a future where there are delivery drone aircraft scattered throughout a city in the most appropriate places,” says Burgess. “Those aircraft can serve the community whenever somebody has a need to receive a package or send a package.”

Since Wing’s drones can wirelessly charge from their landing pad when they return from a delivery, the infrastructure requirements are minimal. “Our best estimate at this state at Wing is that there will be a mix of central and distributed delivery technologies in the drone space,” says Burgess. “That way, they can serve and integrate with merchants of various scales in the best way possible.”

Wing, which grew its operations in Australia this year, is looking to expand from its single U.S. location in Christianburg, Va., and Finland “in the coming months.”

Wing’s drone deliveries are automated, but monitored by pilots who function more as air traffic controllers than anything else. Routes are determined based on factors like distance, weather conditions and airspace regulations, and deliveries are dropped in front of homes using a winch, with no human interaction required.

More efficient and ecological—to a point

When it comes to making deliveries efficient and environmentally friendly, faster seems to be better. The less time a drone spends in the air is a primary determinant of its energy consumption according to Carnegie Melon University Professor Costa Samaras. A 2018 study coauthored by him discovered that, over certain distances, drone delivery is more efficient than ground-based delivery, especially if drones are traveling at higher speeds.

Samaras notes that drone deliveries won’t phase out more traditional methods of transporting goods, but will instead complement them while being more environmentally friendly.

“There are other areas where an electric cargo bike is for sure going to be better, and there are areas where maybe a bigger electric truck would be best,” he says. “You don’t necessarily want your computer monitor being delivered by drone.”

But speedy drone delivery in cities might be less eco-friendly when carrying heavier items, and they could also be more of a noisy nuisance than delivery via electric vehicle. “Do we want hundreds or thousands of drones over all of our cities?” says Samaras. “That’s a much deeper and more important question.”

Indeed, the promise of drone delivery means everyone can order everything and have it arrive almost instantly. But in urban environments, people ordering a cup of coffee or breakfast bagel first thing in the morning might not be a feasible option, and could lead to increased pollution. It also means that providers would need more space dedicated to shipping and maintaining drones, which means more warehouses. You could have a single warehouse and fly drones until their batteries die, says Samaras, but that defeats the efficient nature of drone usage. For more efficient flights, companies will need multiple warehouses storing identical products to deliver to neighborhoods.

Currently, Samaras says drones for delivery use in rural areas paired with delivery trucks are an ideal application of the technology, considering the environmental cost of driving something like a multi-ton delivery truck to every house in a rural community. Drones are already being used by hospitals in far-flung regions to deliver medical supplies like blood, and by the U.S. Army to move military equipment like ammunition.

Few studies have looked at the ecological effects of drones flying over neighborhoods, and the effect on wildlife is still being researched, though videos (shot via drone) have shown that animals don’t take kindly to the buzzing aerial copters. A European Environment Agency report on drones and sustainability points out the growing tension between drones and animals, especially birds.

“Bird species… were found to be more sensitive to disturbances relating to the presence of drones,” said the report. “Evidence is growing of bird-drone interaction, such as two eagles mistaking a drone for food in Austria.”

Decentralized drone delivery could also lead to less congestion, according to University of Texas operations management professor Milind Dawande, which is more obvious vital now than ever as the global supply chain stalls in shipping bottlenecks at ports. But Dawande coauthored a study last year that showed how using drones to decrease delivery times could lead to an increase in demand.

“No one has captured this demand until now,” says Dawande. “You have never heard that your order is going to come to your door in 15 minutes. So it’s all an unchartered territory actually.”

Dawande thinks it could lead to companies competing over zones of control, with customers prioritizing speedier deliveries from retailers able to deliver to them faster based on their proximity to a drone distribution center. You might have two competing big box stores near you, but if one can guarantee you a 15-minute delivery rather than a one-hour window, you’re more likely to choose the closer one. That speedy delivery could increase the number of orders. It makes what would’ve been a car ride, evening delivery, or next-day delivery into a purchase that will show up before your first cup of coffee gets cold.

“The guy who can reach the customer fastest is the king,” says Dawande. “Therefore, if I have a warehouse here, within 10 miles, I am king. If you have a warehouse there and we don’t, then you are the king. So there will be bubbles, and they will monopolize that region and share the market in the rest of the region.”

So what’s holding up the great drone delivery experiment? Both Dawande and Wing CEO Burgess cite the FAA as a hurdle when it comes to bringing more drone delivery services to regions in the United States.

“The bottleneck is the regulatory framework,” says Dawande, who suggests drone delivery companies will have to adhere to guidelines and regulations from multiple agencies in the U.S. “There are federal laws, there are going to be state laws, there are going to be city laws… Of course, technology is improving every day, but the regulatory framework, how quickly it reaches maturity, will certainly determine how widespread and how fast [drone delivery] will be adopted.”

Companies like Amazon and Wing have received the FAA’s existing Part 135 certification, which allows them to participate in delivery via drone services with a limited number of pilots and drones. Still, according to the FAA, companies must obtain airspace authorizations from local governments before they begin sending drones carrying packages through the air.

Those authorizations have the potential to get complicated. Each state has its own rules for unmanned aerial vehicles (UAVs)—Arkansas, Georgia, and Kentucky, for example, prohibit flight paths over certain properties like prisons or railroads. Some states have prohibited delivery of certain items (like medical marijuana) as well.

Still, Dawande believes drone deliveries will be inevitable thanks to slowly easing regulations, citing the FAA’s recently simplified remote ID laws for drones, which would’ve required drones broadcast a unique identification signal (which won’t go into effect until 2023), as well as increasing pilot privacy and dismissing the requirement that personal information be logged in a government database. The FAA is also making it easier for pilots to renew their drone pilot licenses by waiving testing fees.

If the commercial UAV market, valued at over $22 billion this year, is any indication, you can expect that 30-minute toothpaste delivery sooner rather than later. 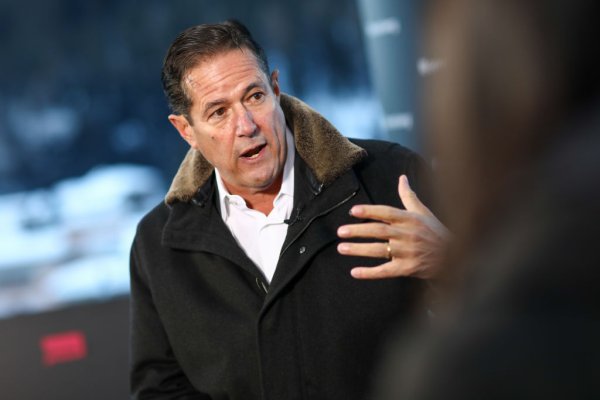 Barclays CEO Jes Staley Steps Down
Next Up: Editor's Pick