Candyman Teases Out New Relevance From a ‘90s Horror Classic

Sometimes a movie arrives at just the right time, as if it were reading society’s collective mind. Candyman, directed by Nia DaCosta, and written by DaCosta, Jordan Peele and Win Rosenfeld, is one of those movies, a story rippling with ideas that many thinking people are already grappling with—or at least have finally become aware of.

This isn’t a remake of the 1992 film, directed by Bernard Rose and starring Virginia Madsen; instead, its creators have called it “a spiritual sequel,” a description that fits the bill. If the earlier movie featured a white woman “trying to understand” certain fears and coping mechanisms in a specific Black community—Chicago’s Cabrini-Green housing projects, whose demolition began in 1995—it was still almost all about her. The figure at the heart of this new Candyman, which uses the earlier film as a foundation, is an up-and-coming Chicago painter, Anthony McCoy (Yahya Abdul-Mateen II), who’s struggling to find his voice as an artist and yearning for recognition. His sudden obsession with the urban legend Candyman jolts his canvases to life—though it may not be the kind of life he wants.

If you’ve never seen the original film, you may have no idea who Candyman is. In that case, the only directive is to never say his name five times while looking in the mirror, or he’ll appear behind you, a murderous-seeming Black man in a long coat, with a hook where his right hand should be. Though this figure is fearsome—invented at least partly, so the lore goes, to keep kids on their best behavior—his story, as Rose’s movie first outlined it, is tragic: He’s the ghost of a man who was murdered by white people in the 1890s because he dared to fall in love with a white woman. The new Candyman expands on that premise: there are actually many Candymen who were similarly murdered, and who return in this particular form to wreak vengeance. As a local laundromat proprietor William Burke (Colman Domingo), who had his own run-in with Candyman as a child, explains to Anthony, “Candyman is how we deal with the fact that these things happened. That they’re still happening.”

Candyman spins out a lot of ideas at once: Anthony lives with his girlfriend, Brianna (Teyonah Parris), who’s a massively successful art curator. Their home is a jaw-dropping luxury loft that she pays for, and Abdul-Mateen conveys, subtly, how this rankles Anthony’s masculine pride. He wants to make his own way, and he yearns for success—things any artist might want, but a longing that’s likely even more pronounced among Black artists and other people of color.

Anthony’s fame escalates after one of his paintings plays a role in the death of a gallery owner; he knows he’s becoming famous for the wrong reasons, but he’ll take it anyway. And though he’s trim and handsome at the beginning of the story—he has plenty of time to work out—Anthony’s frame becomes more lumbering and twisted as his Candyman obsession intensifies. There’s a fair amount of body horror here, beginning with a bee-stung hand that continues to fester and flake. And if the plot is perhaps slightly overcomplicated, it’s for the most part thoughtfully worked out. It also makes room for actor Tony Todd, reprising the role he played in the earlier film, a respectful nod to the way movies take root in our consciousness.

Periodically throughout the movie, the Candyman legend is unfurled for us in a series of beautifully executed sequences of shadow puppetry. These mini plays-within-the-play, created by Chicago collective Manual Cinema and evoking the bracing silhouette work of Kara Walker, as well as the delicate innovations of animator Lotte Reiniger, are both discreet and direct in the way they depict the atrocities suffered by the men who will ultimately take the form of Candyman. Simultaneously captivating and mournful, they’re so effective they could constitute a mini-movie by themselves. Candyman is a work held together by thoughtful choices, and it has a lot to say. Genre conventions are themselves like urban legends, a framework that each new generation adds to and builds upon. Candyman is just one reason we continue to believe in them. 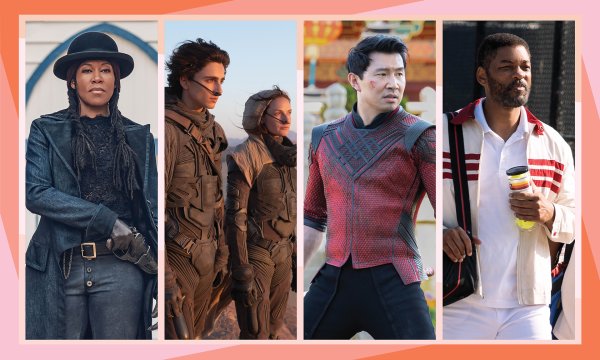 The 23 Most Anticipated Movies of Fall 2021
Next Up: Editor's Pick