'Major American Failure.’ A Political Scientist on Why the U.S. Lost in Afghanistan

I often carry a very dog-eared book in my bag. A study of American foreign policy disasters, it’s not a cheerful volume by any means. But it often provides insight as I consider the stories Americans tell themselves about their histories, especially when it comes to how Americans position themselves in relation to rivals. The ultimate measuring stick, it turns out, is war. And as the U.S.-led efforts in Afghanistan appear to be collapsing—or have collapsed—it’s worth digging into my knapsack for this guidebook that has many, many highlighted passages, notes scribbled in the margins and wisdom that anyone watching the fall of Kabul should want to hurl at policymakers in Washington.

Dominic Tierney’s The Right Way to Lose a War: America in an Age of Unwinnable Conflicts is a dour assessment of U.S. military might, published in 2015. It builds on his 2010 book How We Fight: Crusades, Quagmires and the American Way of War and a volume from a year earlier titled Failing to Win: Perceptions of Victory and Defeat in International Politics. Basically, Tierney is the political scientist who studies how the U.S. in conflicts tends to aim high, achieve a narrow goal and then go home with as much dignity as possible. And core to his thesis is this question: if America is a grand experiment rooted in a national myth, what happens when Americans realize the country hasn’t lived up to the stories it told?

Tierney is the chair of the political science department at Swarthmore, a former contributor at The Atlantic and currently at The Signal. But for the purposes of this newsletter, he’s an intellectual guidepost for what is—and is not—possible under the banner of Old Glory. Far from an isolationist who would say Americans should sit out wars because they’re messy, he is strikingly honest about foreign policy’s potential.

We spoke earlier this week, and this is our conversation, lightly edited for length and clarity.

Tierney: Did it lose in Afghanistan? I think the answer is yes. There’s no other way to characterize the overall 20-year war as anything other than a failure.

The United States didn’t lose the war in the sense that the United States was defeated and occupied, but it lost the war in the sense that the costs have been extraordinary: two-and-a-half-thousand American dead, 20,000 injured, a trillion dollars or more expended, and for what? The Taliban has now, it looks like, returned to power. So this has to go down in history as a major American failure.

But this is keeping with the pattern of American war since World War II. Your research compellingly lays out that America just hasn’t won in the post-war era. Even the one arguable win in the Gulf War is inconclusive in a lot of people’s minds. Is this the new American reality?

I think it is. A lot of people are pointing out that the defeat in Afghanistan is not just about 2021, that is a bigger story going back 20 years. And I think that that’s an important point.

Korea was a really tough stalemate. And since Korea, we have had Vietnam—America’s most infamous defeat—and Iraq, another major failure. And you can even add other conflicts like Libya, like Somalia.

There are many reasons for this, but the most important one is that after World War II, the nature of war itself changed. We started seeing fewer classic conventional wars between countries. Instead, nearly all wars now are civil wars, complex arenas of counterinsurgency and terrorism. When you put the U.S. against another country where there’s a military that wears uniforms and they meet on the field of battle, the U.S. usually wins those kinds of wars—like the Gulf War in ‘91. But in complex civil wars, the United States has really struggled. So the nature of war shifted just at the moment when the United States became a world power.

It’s been three-quarters of a century. Why have U.S. leaders not figured out how to navigate the shift?

There are a few things going on. The U.S. military—and maybe arguably American society—much prefers planning for these classic, conventional wars, like World War II. In some fundamental way, World War II is what Americans think war ought to look like: with a fairly clear enemy, we make progress on the battlefield and it ends with a surrender ceremony. It’s become really a museum piece of war. It is not really relevant to what war looks like. So even today we spend money on F-35 planes and fancy new ships and high-tech hardware, most of that is designed for wars that just don’t really happen anymore.

Another piece of the story is just overconfidence and hubris. When these wars begin, the United States typically has positive illusions about how the war is going to go—that it’ll be a cakewalk in Iraq or in Afghanistan. Then, of course, what happens is the wars evolve in ways that were not predicted, particularly because they often happen on the far side of the world in countries about which Americans know almost nothing. The U.S. military can destroy anything that it can see, but what if it can’t see the enemy? Then it starts having problems.

As time goes on in these conflicts, the U.S. faces a fundamental problem: the enemy is more committed to the struggle than America, because for the United States, each conflict is just one of many different challenges around the world. But for the enemy, like the Taliban, it’s the only thing that matters. There is this saying in Afghanistan that America has the watches, but the Taliban has the time. That really gets this idea that America has the capabilities, but the Taliban has greater commitment.

That’s a less-easy story to tell that does not fit in a tidy way into America’s mythology.

Not at all. All countries have myths. In some ways, national identity is a bundle of myths, and America has put great weight on its understanding of historical wars. If you go to the National Mall in D.C. and walk down the center of the Mall, the memorials that you walk past—the Lincoln Memorial, the World War II Memorial—these are the current American narrative of success. These kinds of wars are really just not what war looks like anymore. And actually, as you walk down the Mall, your peripheral vision—the Vietnam War Memorial and maybe Korea, these difficult wars that America—is actually much more of what the United States faced in recent decades. One wonders, if we ever get a War on Terror Memorial on the Mall in D.C., what that would look like.

How much of this is a failure of military planning and how much of it is just the failure to understand the political reality?

I think it’s both. The Bush-Rumsfeld team believed that the U.S. military would be like a rapier that would stamp the hearts of these enemies and then we would not need to do any nation-building and we could quickly move on to the next country, which was going to be Iraq. And then people were already thinking about a war with Iran, where we would defeat evil one at a time as the kind of righteous crusader. And of course, that was an extraordinary hubris. But even a few weeks ago, Joe Biden, who I think is much less susceptible to that kind of hubristic thinking, was saying publicly that the Afghan military was not going to collapse and that there was little danger of the Taliban sweeping across the country.

The United States is so powerful that it tends to get involved in wars on literally the far side of the world, places like Iraq and Afghanistan. When I say it knows nothing about these countries, I’m really not using hyperbole. When the U.S. intervened in Afghanistan in 2001, the U.S. didn’t even have maps of the terrain. Donald Rumsfeld wrote in his memoirs that the U.S. was relying on old British Empire maps of Afghanistan. When the U.S. intervened in Iraq, we didn’t really have any understanding of the complexity of the local conflict, ethnic identities or religion. I was shocked in 2006, at the height of the Iraq War, there were a thousand Americans in the U.S. Embassy in Baghdad, but only six of them spoke Arabic. This type of ignorance is deadly in these kinds of complex foreign conflicts.

The remarkable thing about the Taliban advance is that it has been largely bloodless. The Taliban has made these deals with Afghan army commanders. The Taliban has a far greater understanding of these local networks and kin relationships and the complex loyalties. Now, that’s not because Americans are more ignorant than the Taliban. It’s that it is the Taliban’s own country and America could not have chosen a more challenging environment. The war was basically an alien war for America. It may as well have been on the moon.

Your framework describes a scenario where things go from crusade to quagmire. Was there a specific turning point in Afghanistan where the United States went from a noble fight rooted in justice and righteousness to just an unwinnable disaster?

It never was that righteous war. What you see with many of these American wars is this kind of arc that the war goes through where right at the start of the war, Americans have the righteousness of the crusader, and this was especially true after 9/11. It’s partly a kind of idealistic sentiment of spreading democracy and bringing hope and defeating tyranny, and frankly, the wrath of the crusader—the desire to punish evil doers, especially those who had killed American civilians on 9/11. And so the U.S. goes into a country like Afghanistan with this righteous, idealistic, moralistic fiery sword of justice. But as the war goes on and it turns into this complex, difficult nation-building mission with counterinsurgency, American righteousness tends to be replaced by this weariness.

We’ve seen with Biden in the last few months that he just wanted to end the war. He is very savvy about foreign policy and generally is aware of the complexities of it. But to a large extent, he just didn’t want to hand the problem over to the next President. And so you have the United States on one side that is going through this extraordinary shift from utter righteousness to weariness, and then the Taliban is much more constant in its view of the war. And over time that will give it an advantage.

One of the great tragedies of the Afghanistan war is that the United States could have got a much better result back in 2002 by negotiating a deal with the Taliban. In 2002, the Taliban reached out to the United States and basically said, Look, we’ve lost. If you offer us some kind of place in the new Afghanistan, we’re willing to evolve into a political party. The Bush Administration did not even consider it because at the time al-Qaeda and the Taliban were sort of lumped together in this bucket of Bad Guys, Evildoers, Nazis almost. And so we weren’t willing to kind of make a deal. If we had just had a little less righteousness in 2002 and a little more pragmatism and savviness about how the war was going to go and how there was not going to be an easy victory, then maybe we could have cut a deal, and at far lower costs for America and for Afghanistan. We could have reached not a perfect settlement, nothing like Western democracy, but something that the Afghan people could have built on. 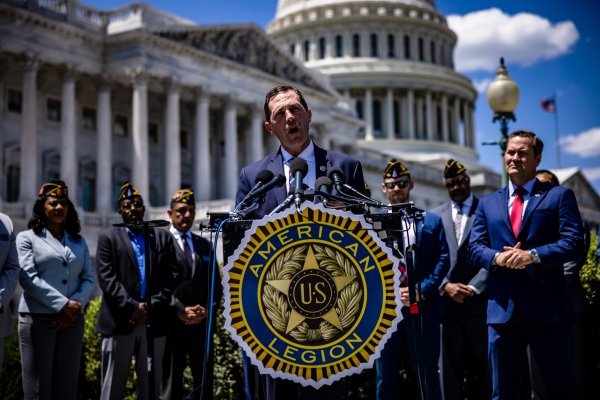