What Joe Biden Didn't Say About the Chaos in Afghanistan

By Alana Abramson and W.J. Hennigan

Less than 24 hours after the Taliban sacked Afghanistan’s capital city of Kabul and a little more than a week after the militant group began a lightning offensive against regional capitals, President Joe Biden has yet to offer an explanation for why his Administration failed to anticipate an outcome that military and intelligence officials have predicted for years.

Instead, in his first public comments since the Taliban seized full control of the country, Biden delivered a defiant 19-minute speech in which he blamed the Afghan military, Afghan leadership and the Trump Administration for the humanitarian disaster now playing out. “I stand squarely behind my decision,” he said.

But it was not the choice to pull out of Afghanistan that critics have seized on. After nearly 20 years of fighting across four presidential administrations without a winnable end-game in sight, Biden’s determination to wind down the U.S. role in Afghanistan was not the reason he finds himself facing the biggest foreign-policy crisis of his presidency. Polls show that most Americans agree with the decision to pull troops out. Biden ran on the policy, which was set into motion by his predecessor. It was the way in which the Biden Administration conducted a withdrawal five months in the making that appears inexplicable in hindsight.

A helicopter leaves from the U.S. Embassy ahead of the Taliban's arrival in Kabul on Aug. 15.
Jim Huylebroek—The New York Times/Redux

Deciding to first remove U.S. forces, aircraft and heavy weapons, then close a constellation of airfields and bases, before finally evacuating at-risk civilians has proved a disastrous strategy. The move has left most people in Washington scratching their heads: How did an Administration led by a president with deep foreign-policy experience misjudge the situation so badly?

“This is the most damaging thing that has happened in his presidency,” says Martha Joynt Kumar, director of the nonpartisan White House Transition Project, who noted the methodical way Biden has conducted himself in his first seven months on the job. “Then, all of a sudden, you have this catastrophic withdrawal from Afghanistan and you wonder how, in the context of a presidency that has been so well thought out from the beginning, that this catastrophic end to our presence in Afghanistan could have occurred.”

In the hours before Biden returned from Camp David to speak at the White House, images emerged on social media depicting desperate crowds of people packed on the tarmac of the Kabul airport, which has become the sole means of escape since the Taliban encircled the capital and cut off routes in and out of the city. Dozens of Afghans could be seen clinging to the undercarriage of a hulking U.S. military C-17 cargo jet as it lumbered down the runway. Another video showed gruesome footage of what appeared to be an individual falling from a plane as it took off.

Amid the chaos, U.S. troops shot and killed two gunmen in separate incidents at the airport, according to the Pentagon. All flights had to be halted until U.S. and Turkish troops cleared the crowds for take-offs to resume. Meanwhile, U.S. diplomats hurried to secure deals with third countries to take fleeing Afghan interpreters and allies so that the State Department could process their visas.

Yet Biden did not acknowledge any of these heart-wrenching scenes. He chose instead to explain why he made his decision to wind down America’s longest war, a policy that the last three U.S. presidents have run on and won. While Biden did acknowledge the collapse of Afghanistan’s government occurred more quickly than his government had anticipated, he failed to explain how just five weeks ago he had stood in the very same room in the White House and confidently predicted the unlikelihood of a complete Taliban takeover.

The Taliban’s rapid and decisive victory over Afghan forces was the fault of Afghans themselves, Biden said. “We could not provide them with the will to fight for their future,” he said. “Americans cannot and should not be fighting in a war and dying in a war that Afghan forces are not willing to fight for themselves,” he said. He did not mention that those forces were reportedly going unpaid and were hamstrung by the absence of American troops, aircraft and heavy weapons from strategic locations they had occupied for nearly two decades.

The President also said he was bound by the Trump Administration’s badly negotiated peace deal with the Taliban, which set a timetable for withdrawal. ”After May 1, there was only a cold reality of either following through on the agreement to withdraw our forces,” Biden said, “or escalating the conflict and sending thousands of more American troops back into combat in Afghanistan lurching into the third decade of conflict.” Yet Biden already had altered the terms of that deal, deciding that all American and allied forces should withdraw from Afghanistan by September 11, the fateful date which led to the U.S. invasion almost 20 years ago.

Men stand next to a torn poster of Afghan President Ashraf Ghani at the Kabul airport on Aug. 16, the day after Ghani fled the country and the Taliban gained control of the presidential palace.
Wakil Kohsar—AFP/Getty Images

All presidents contend with conundrums thrust upon them; all make mistakes in the process. But Biden is among the most experienced men to ever hold the office, and his robust foreign-policy experience was a selling point of his campaign. For over a decade, he led the Senate Foreign Relations Committee, and was selected to be Barack Obama’s Vice President in part because of his expertise. He filled his National Security Council with bureaucrats boasting impressive resumes. Yet little of the Biden Administration’s Afghanistan policy has gone as planned.

The White House had envisioned thousands of Afghan interpreters, journalists and contractors boarding commercial flights and safely heading toward their destinations. Instead, they are huddling behind blast walls under the protection of armed U.S. troops at the Kabul airport.

The White House had envisioned withdrawing 2,500 U.S. forces and leaving behind a contingent of 650 service members to secure the embassy. Instead, about 6,000 troops are being rushed to the airport for protection; the embassy was fully evacuated by Sunday evening.

The White House had envisioned sending the Afghan government and military billions of dollars annually, a marker of a lasting alliance. Instead, President Ashraf Ghani fled the country, the government disintegrated and the army dropped their weapons.

At home, the response to the Administration’s handling of the collapse fell largely along party lines. In an indication of a coordinated damage-control effort, the content of Biden’s speech was nearly identical to the White House talking points House Speaker Nancy Pelosi had circulated to her caucus on Monday. But it did little to stem the criticism.

Representative Mike Rogers of Alabama, the top Republican on the House Armed Services Committee, said the President’s speech did not match the reality of the situation on the ground. “Biden did a lot of finger-pointing but it was his indefensible decisions and failure to prepare that have created the security and humanitarian crisis currently unfolding,” Rogers said in a statement.

The UN said Kabul residents are reporting that Taliban have begun house-to-house searches in some neighborhoods, registering names and “looking for people in their target list.” The U.S. is now trying to evacuate tens of thousands of Afghans and their families who might face retribution if they were left behind.

Major General Hank Taylor, director of current operations on the U.S. military’s Joint Chiefs of Staff, told reporters at the Pentagon that more than 700 special immigrant visa applicants have departed Afghanistan in the past 48 hours, bringing the total to nearly 2,000. “Our focus right now is to maintain security at (the airport), to continue to expedite flight operations while safeguarding Americans and Afghan civilians,” he said. By nightfall, after the airfield was cleared, flight operations began again in Kabul. The military believes it can move out 5,000 people a day if things go to plan.

As critics debated the impact of the episode on Biden’s legacy, Afghans bristled with anger. Saad Mohseni, CEO of Afghanistan’s largest media company, Moby Group, which runs TOLONews, slammed Biden’s speech, taking particular issue with his blaming of the Afghan army for not having the will to fight.

“How can an army fight with no logistics, service and maintenance, planning and air power? All of this was taken away from them,” Mohseni says. “The footage of the aircraft with dozens of kids hanging off the wings will now replace the iconic Saigon chopper shot,” he added, an emblem of yet another ignominious U.S. exit from the battlefield.

Write to Alana Abramson at Alana.Abramson@time.com and W.J. Hennigan at william.hennigan@time.com. 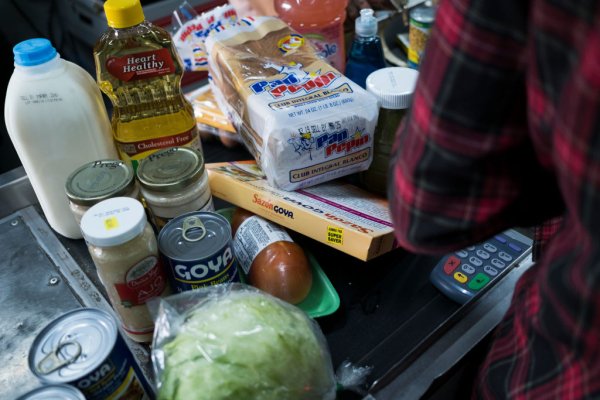