There are few items of bipartisan consensus in the United States. Here is one—the leaders of both political parties decided it was time to leave Afghanistan and to lose the 20 year war with the Taliban. The only dispute that now remains is whether the Trump administration, which had committed to withdrawal by this past May, would have directed the retreat more competently than Biden, who now faces one of the most humiliating debacles in American history.

There will be no shortage of commentary allocating blame for this dreadful moment, but it’s worth reflecting on the central question of the purpose of our intervention in Afghanistan. The answer to that question will shape your view of all that has followed over the last 20 years: Was the primary purpose of our intervention in Afghanistan to defend the U.S. from terror attacks or was the primary purpose to destroy the specific entities—the Taliban and al Qaeda—most responsible for 9/11?

This might sound like a distinction without a difference, but in reality it’s a distinction that makes all the difference. If the goal of our intervention was to defend the United States from further 9/11-scale terror attacks, then the Afghanistan mission was a 20-year success. Since 9/11 the United States has been so free of large-scale jihadist attacks that right-wing domestic terrorists have killed more Americans at home than jihadists.

Moreover, this 20-year mission has been accomplished at the loss of fewer American combat deaths in Afghanistan than the total number of civilians killed on 9/11 itself. Since 2014 that mission has been accomplished at the cost of a total of 66 American combat deaths. By the beginning of Trump’s single term in office (after the end of Obama’s Afghan Surge), the U.S. had proven that it could keep the Taliban at bay and prevent al Qaeda from enjoying safe havens in the country, while exerting only the smallest fraction of America’s military might.

But what we had not proven—and could never prove—is that we could destroy the Taliban or al Qaeda. Despite twenty years of military effort, they still existed. The movements themselves proved stubbornly hard to kill. It has taken Americans a long time to understand their resilience.

The ideal way to defend a nation is the way we witnessed in World War II. A nation fulfills its obligation of self-defense by so thoroughly defeating its opponent that it formally surrenders and ends hostilities. But even if an enemy refuses to surrender, the obligation of national self-defense still remains. If Nazi holdouts were still trying to strike America, we’d still be obligated to defend ourselves, even if we were weary of hunting them down.

A World War II-style victory was never in the cards for the U.S. It was not confronting a nation-state but rather an alliance of extremist religious movements. Religious extremism spawns terrorism, and so long as the extremism persists, so will the terrorist expression of its beliefs. How does a theology surrender to a nation? It doesn’t. It can wax or it can wane, but it will not surrender. Just as frustrating, there is only so much a nation can do to influence the existence of a religious movement. It can do its best not to inflame extremism, but it still has to defend itself from extremist violence.

This reality has dawned on us only slowly and partially. In fact, it’s still not widely absorbed in the body politic. We are still all too often trapped in a mindset that says that defeating specific jihadist organizations will win the war. The reasons for this misunderstanding are complex, but ironically enough our early success And there’s a reason why—our early success, ironically enough, hindered our ability to prepare for the long road ahead.

It’s easy to forget the heady days of December, 2001. A small force of mainly American special operators, supported by local allies, and American air power had not just thoroughly routed the Taliban, the capture of Osama bin Laden, in an obscure region of the Afghan White Mountains called Tora Bora, seemed imminent. Revenge for 9/11 had been swift and devastating. It seemed as if we could enjoy a World War II-style victory, and enjoy it quickly, at minimal cost.

We know, however, what happened next. Bin Laden escaped, and the next phase of the war began—a long grinding counterinsurgency campaign that waxed and waned as the Taliban and its al Qaeda allies, who enjoyed safe havens in Pakistan, fought to maintain and expand their foothold In Afghanistan. The jihadist military had suffered a grievous blow, but the extremist theology lived on. We could not extinguish an idea, and the idea still possessed power.

Critically, there is not one single point in the intervening twenty years—whether it was December 2001 after the Battle of Tora Bora, or any time since—where the U.S. could have withdrawn from the country without ultimately handing control back to the Taliban. At every stage, the Taliban and their al Qaeda allies were the second-strongest force in the land.

Now, there are those who will read the paragraph above and think that if the ultimate outcome would have been the same no matter when we left, then we should have pulled out long, long ago. But when in the last 20 years has it been in the national interests of the U.S. to permit the Taliban to regain control of Afghanistan and for al Qaeda to restore its safe havens?

Read More: The Lessons from Our Failure in Afghanistan

Instead of making this case, our leaders have misled Americans about the reality of the conflict. Rather than level with the American people, Donald Trump, for example, used the rhetoric of “endless wars” as if an American decision to retreat from the conflict could end the war against al Qaeda. Biden administration talking points released even as Afghan allies desperately try to flee the country describe the administration as “not willing to enter a third decade of conflict.”

But one does not end a war by retreating in the face of the enemy. Yet that’s what we’ve done. The die is cast. There is no realistic prospect of taking back Kabul, much less the rest of Afghanistan. In 2014, when President Obama chose to stop ISIS in its tracks and then later roll back its caliphate, American allies in Iraq still controlled most of the nation. The Iraqi Army still existed, as did the Kurdish Peshmerga. That is not the case for Afghanistan. The government and military is almost entirely gone.

And so we are left to wait for the consequences to unfold. It’s unlikely we’ll face an immediate threat. After all, it will take some time for the Taliban to consolidate its hold on the nation and for al Qaeda to fully reconstitute, but the risks will grow. Our options to address those risks will continue to narrow. And, thanks to the bipartisan failure to lead, al Qaeda has won a long and critical battle against the most powerful nation in the world. It’s a victory that doesn’t end the war but instead raises a new question. Where will our victorious enemy strike us next? This victory did not end the “endless war.” Instead it made our enemy more dangerous. This victory will motivate it to fight more battles to come, including the battles that will perhaps bring carnage back to America. It has good reason to believe it will win the battles to come. 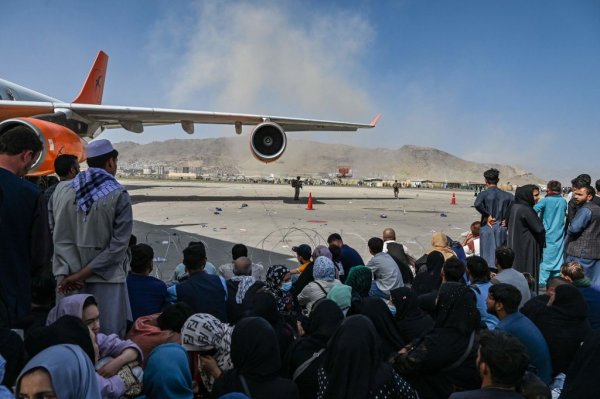 The Fall of Afghanistan Divides Britain's Ruling Party
Next Up: Editor's Pick