In the Face of Climate Change, We Must Act So That We Can Feel Hopeful—Not the Other Way Around

Ideas
By Katharine Hayhoe
Professor Katharine Hayhoe is an atmospheric scientist who studies climate change and why it matters to us here and now. Hayhoe is a distinguished professor and endowed chair at Texas Tech University and Chief Scientist at The Nature Conservancy. She is the author of Saving Us: A Climate Scientist’s Case for Hope and Healing in a Divided World

By the 1990s, the influence of human activities on the planet was obvious. The first United Nations’ Intergovernmental Panel on Climate Change (IPCC) assessment report not only tracked the observed increase in carbon dioxide and its impact on global temperatures, melting ice and sea level rise; it also quantified a range of potential future scenarios that depended on human choices.

This past Monday, the IPCC published the first volume of its latest Assessment Report. It’s the sixth in a series of assessments that have each been more exhaustive and comprehensive than the last. This new report once again painstakingly documents how, where, and why our climate has changed, and what we can expect in the future. Now, though, it also shows how climate change is no longer a distant, speculative threat. Its impacts are here and now, and they’re affecting all of us, in ways that matter to each of us.

In the eight years since the IPCC’s Fifth Assessment Report was released, we’ve experienced an increasing litany of costly and destructive disasters fueled by a changing climate: record-breaking wildfires from Australia to British Columbia; scorching heat waves from Siberia to Death Valley; devastating floods across China, Bangladesh, Germany and the Midwest; and supercharged hurricanes, typhoons, and cyclones, from Texas to Japan.

In a world that seems increasingly out of control, we are desperate for hope: real hope, a hope that acknowledges the full magnitude of the challenge we face and the very imminent risk of failure. Real hope also offers a chance of a more vibrant future; a glimpse, however distant, of something better than what we have today, not worse.

Where can we find such hope? We find it in action. The world has changed before and, when it did, it wasn’t because a president, a prime minister, a CEO or a celebrity decided it had to.

Change didn’t begin with the King of England deciding to end slavery or the President of the United States giving women the vote or the National Party of South Africa opting to end apartheid. It began when ordinary people – people of no particular power, wealth, or fame – decided that the world could and should be different. Who were William Wilberforce, Elizabeth Cady Stanton, Martin Luther King Jr., Nelson Mandela, and all the countless others who shared and supported and fought for their visions of a better world? They were people who had the courage of their convictions, who used their voices to advocate for the systemic societal changes needed. We are the the people who changed the world before: and we are the people who can change it again.

We don’t need to have hope to begin to act. Instead, action engenders hope. As Svante Arrhenius’ distant cousin Greta Thunberg has said, “The one thing we need more than hope is action. Once we start to act, hope is everywhere.”

Some of the impacts of climate change are already here today. Others are inevitable due to all the carbon we’ve emitted over the last few decades. But the IPCC report is clear: the worst can still be avoided. Our future is in our hands.

What can you do? Anything. Recycle your yogurt cup after breakfast tomorrow. Cut your food waste. Try a new veggie recipe. Replace your lightbulbs with LEDs. Go bigger: talk to your school or your place of work or worship about what you could do, together. Join an organization that shares your values and advocates for change. Attend the next climate march in your area, or even start a new one. Begin a petition in your community to require solar panels on municipal buildings. Call Congress and demand a clearer path to net-zero.

Don’t just do it: talk about what you’re doing, and why. We can’t change the world by ourselves. We have to do it together, and that requires us to connect. Talk about why climate change matters, in ways that affect you personally. Encourage others by sharing what you’ve done yourself, and what you’ve seen or heard or read about what so many others are doing. Climate action isn’t a giant boulder sitting at the bottom of a steep hill with just a few hands on it. It’s already at the top of the hill, it’s already got millions of hands on it, and it’s already slowly rolling in the right direction. It just needs to go faster.

One of my favorite ways to take action? Be a good neighbor. That might sound almost too easy, but in an increasingly polarized and inequitable world, looking out for and caring for each other is vital when faced with extreme weather events like flooding, heatwaves and wildfire. Sticking together as a community, building resilience together, is part of the fight against climate change, too.

It’s my hope that this report, and the worry and concern it generates in each of us, will inspire you to take action, to have a conversation, to be part of the change we need. Why you? Because to care about climate change, we only have to be one thing: a human, living on planet earth. And if you’re reading this, that’s exactly who you are. 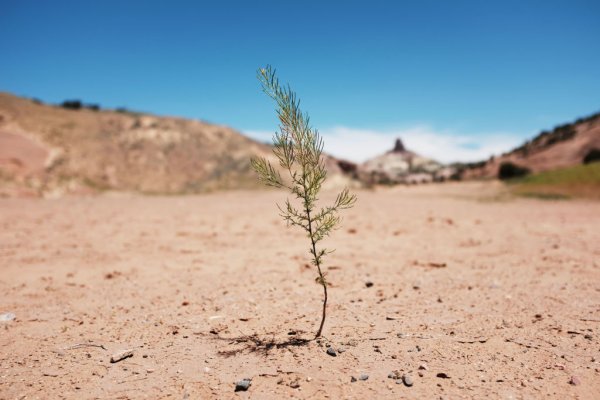 The Latest IPCC Report Says We're Probably Going to Pass the 1.5°C Climate Threshold. What's Next?
Next Up: Editor's Pick