In Tom McCarthy’s somber thriller Stillwater, Matt Damon plays the ultimate ham-fisted American in France, doing such a good job of it that he helps disguise the flaws of this sometimes compelling but often frustrating movie. Damon plays Bill Baxter, an out-of-work Oklahoma oil-rig worker who travels to Marseille to visit his estranged daughter, Allison (Abigail Breslin), who’s serving a prison sentence there for a murder she claims she didn’t commit. Though he speaks no French and is generally known to make a mess of things, Bill attempts to investigate new evidence in Allison’s case, drawing a local single mom, Virginie (Camille Cottin), and her young daughter Maya (Lilou Siauvaud) into an increasingly tangled net.

Stillwater was loosely inspired by the case of Amanda Knox—who spent nearly four years in an Italian prison after being convicted of the 2007 murder of a fellow exchange student, although she was later exonerated—though the movie follows its own twisty, at times ill-advised path. Breslin, as a young woman proclaiming her innocence, has a touching awkwardness, as if she feels imprisoned mostly in her own body. And the scenes in which Bill gradually eases into Virginie and Maya’s household, and their lives, have an easy, believable rhythm. Sometimes the things you know happen only in the movies become realistic, breathable events in the hands of good actors: Cottin (perhaps best known for Call My Agent!) is like a water-reed with nerve endings, a little on edge at all times. She’s a good foil for Damon’s sturdiness—you can believe these two highly mismatched characters would become friends, and possibly more.

But Stillwater takes an unsettling left-hand turn into darkness; the story becomes unpleasantly bitter and asks us to buy certain behaviors that don’t make much sense, and that we’re not quite sure a character would be capable of. Yet even after the movie makes that sharp zigzag, its one constant is Damon, who’s turning out to be one of those great, casual American actors we didn’t know we had anymore. As Bill—affable but given to brooding; bright but prone to bad choices—he’s almost too big for his own skin, a decent guy who finds that responsibility, once he decides to accept it, is even heavier than his clumpy work boots. It’s a terrific performance, an adamant yes in a movie that’s sometimes a non. 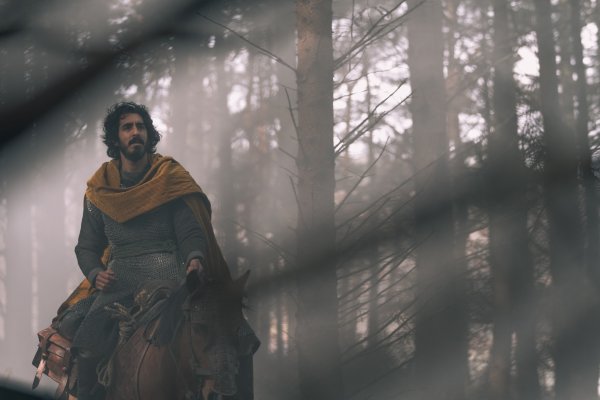 The Green Knight Is an Extravagant Unicorn Tapestry of a Movie
Next Up: Editor's Pick