Revisiting the Amanda Knox Case, Italy’s Trial of the Decade

Amanda Knox speaks to the media during a brief press conference in front of her parents' home in Seattle on March 27, 2015.
Stephen Brashear—Getty Images
By Melissa Chan

Amanda Knox, an American college student studying abroad in Italy, found herself in the international spotlight nearly a decade ago when she was accused of killing her roommate in a case so sensational media outlets around the world dubbed it the trial of the decade.

Knox and her boyfriend at the time spent four years each behind bars in Italy over the brutal 2007 murder of 21-year-old Meredith Kercher before they were both exonerated last year by the country’s top criminal court. In light of a new Netflix documentary that revisits Knox’s case, here is what to remember about her saga.

Who is Amanda Knox?

Knox was a 20-year-old woman from Seattle who had ventured to Italy through a study-abroad program in 2007. She landed a job as a local bartender and had been studying in Perugia for a few weeks when her roommate was found sexually assaulted and stabbed to death in their apartment. Knox had also just met her boyfriend, Raffaele Sollecito. The two had only been dating for a week before they both were thrust into a media firestorm as suspects in the murder.

What was the crime?

Authorities found Kercher dead inside her locked bedroom, partially naked and wrapped in a bloody blanket. She was stabbed multiple times, including in the neck, and was sexually assaulted. There were traces of male DNA inside her body. Prosecutors had claimed Kercher was killed in a violent sex game that involved Knox, Sollecito and at least one other man.

What happened during the trials?

Knox and Sollecito’s trials took several twists and turns. They each maintained their innocence but were convicted and acquitted twice over Kercher’s death. The couple was first implicated in the murder after a small amount of their DNA was found on the victim’s bra clasp at the crime scene and on a kitchen knife found in Sollecito’s apartment.

Knox and Sollecito were convicted as co-conspirators in December 2009. Knox was ordered to serve 26 years in prison, while Sollecito was handed a 25-year sentence.

In a separate trial, a man named Rudy Guede was convicted of Kercher’s killing after his fingerprints and DNA were found at the scene of the crime. Prosecutors said Guede, Knox and her boyfriend had all worked together in the killing.

Knox and Sollecito’s convictions were overturned in 2011 after a first appeals court trial only for them to be convicted again in 2014.

How did the trial end?

In 2015, Italy’s top criminal court issued a final verdict in the case, vindicating the pair for Kercher’s murder after finding an “absolute lack of biological traces” of Knox or of Sollecito in the room or on the victim’s body, according to the Associated Press. The court also blamed flaws in the case on intense media scrutiny and possible contamination of evidence.

Where is she now?

Knox, now 29, is back in Seattle, where she advocates for people she believes have been wrongfully convicted and where she works as a freelance journalist.

She appeared on Good Morning America on Thursday to promote the Netflix documentary and her work with helping others who have been exonerated.

“I’m redeveloping this relationship with the world where I’m not being hunted down,” she said. “I’m writing. I’m with my family. I’m with my friends. I have great relationships. I’ve healed because other people have reached out to me, and I feel like it’s my turn now to turn my attention toward them.”

Knox said she is “moving on” with her life now that her name has been cleared and plans to go back to graduate school. She wrote a New York Times best-selling memoir, Waiting to Be Heard, which was published in 2013, and she received her Bachelor’s degree in creative writing at the University of Washington in 2014.

“I’m redeveloping my relationship with freedom,” she said. 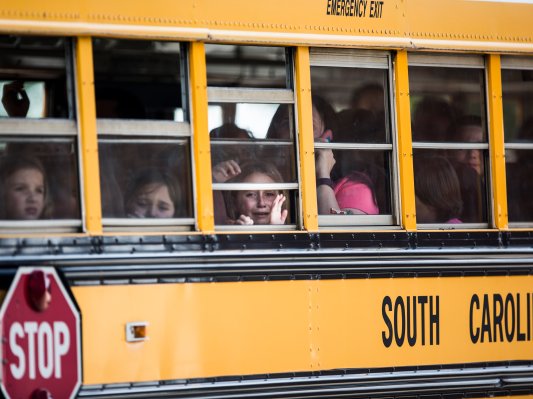 6-Year-Old Boy ‘Fighting for His Life’ After South Carolina Elementary School Shooting
Next Up: Editor's Pick